Has Anyone Donald Trump Knows NOT Shared A Romantic Hot Tub With The Russian Ambassador? Your Crazy Russia Roundup! 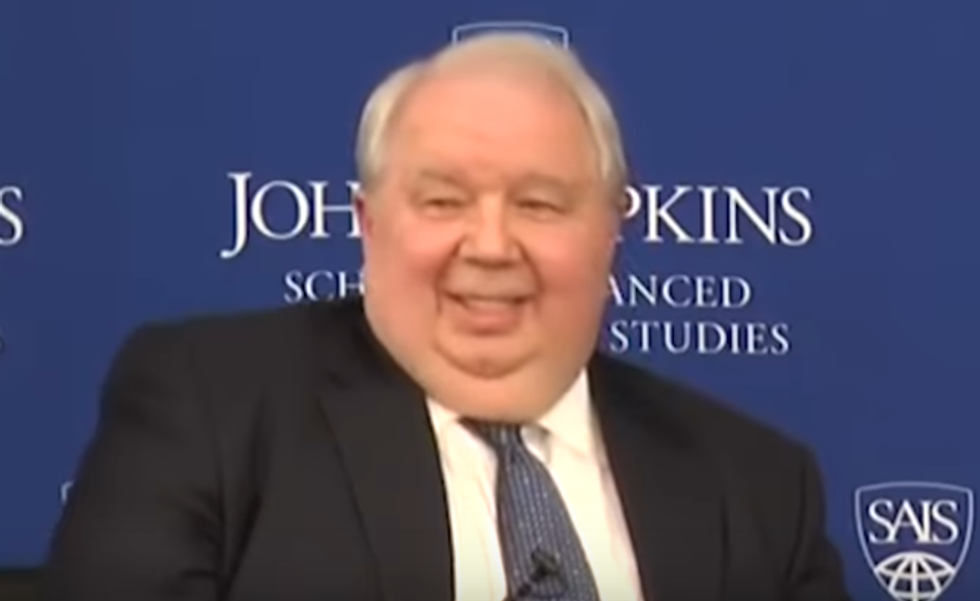 So, everyone, where were we? Oh yes, we were learning that Obama administration officials hid little intelligence clues about Trump's Russia scandal freaking EVERYWHERE on their way out, to make sure officials would find them, even in their absence. And oh yeah, we learned that Attorney General Jeff Sessions had at least TWO meetings (and also a phone call!) with the Russian ambassador, Sergey Kislyak, and in response Democrats called for his head on a platter, while Republicans at least demanded he recuse himself from investigating the Trump Russia scandal HE MIGHT BE A PART OF. And that, he did, Thursday afternoon, in a press conference that raised more questions than it answered. What did Jeffers and old Serge talk about during their meeting? Aw fiddlesticks, Sessions cain't remember. Jesus and Ukraine, he guesses, like most conversations he has? Who even knows what one discusses with the Russian ambassador, since everybody talks to him all the time, whenever they want?

Which brings us to the following unanswered question:

WHAT THE HELL DID JEFF SESSIONS TALK ABOUT WITH THE RUSSIAN AMBASSADOR ON SEPTEMBER 8, 2016?

There is a striking piece in Washington Monthly that attempts to piece together the timeline of what was actually happening in the timeframe surrounding Sessions's September 8 meeting with Kislyak. The writer, Martin Longman, notes that a few things had recently happened:

Are your eyes blurring together yet? WELL TAKE A PILL, because we're not done. But from those details, we agree with Longman that it's pretty fucking unbelievable that the September meeting between Sessions and Kislyak was just about hookers, blow and Jesus. Longman says he "smell[s] perjury," and Wonkette would have to agree.

Everybody else can't stop meeting with the Russian ambassador, like he is so sexxxy!

SPEAKING OF CARTER PAGE, remember how Jeff Sessions also had a brief "pull-aside" with Kislyak at a conference associated with the Republican convention? (We were at the RNC! Did WE meet with the Russian ambassador? We, like Jeff Sessions, cannot even remember.) Anyway, Page also met with Kislyak there, as did another Trump campaign official, J.D. Gordon. OR DID THEY?

Anyway, weirdly, hacked DNC emails started coming out just after that, and strangely, also that week, the Trump campaign had changed the GOP platform so it gave a lot more handjobs to Russia, especially on the subject of Ukraine.

Here, have a news report on it, where J.D. Gordon reportedly confirms all the meetings with the Russian ambassador:

Details on the GOP platform change to be Pro-Russia after Trump/Kislyak meeting at the RNC convention. Totally normal!! #TrumpRussiapic.twitter.com/u1pzBWPKA3

And now, have a completely BONKERS interview Carter Page did with the tall, handsome Chris Hayes on MSNBC Thursday night. He does not deny that thing he does not admit that he did, with the Russian ambassador:

Important context: Carter Page is pretty sure all this attention on him is a hate crime perpetrated by Hillary Clinton.

The Russian Ambassador went to Jared!

Not pictured: the Russian ambassador

Jesus Christ, is there anyone Donald Trump has ever met who HAS NOT shared a hot tub with Sergey Kislyak? OK, so remember how former National Security Adviser Michael Flynn got in big trouble mister and had to "resign" after we learned that he had gotten on the phone with Kislyak a bunch of times the same day President Obama decided to kick some ass over Russian interference in the election, and Flynn reportedly reassured the Russian ambassador that once that mean Obama goes away, everything will be better, the sanctions will probably be lifted, and Trump and Putin can finally have that weekend sexxx getaway, maybe at a nice chalet in the Alps, that they've been wanting for so long?

Well turns out, there was ALSO a meeting during the Trump transition period, AT TRUMP TOWER, attended by Flynn, Kislyak, AND ALSO Trump's son-in-law/Ivanka's boy-boy Jared Kushner. We highly doubt Kushner wanted to discuss Jesus with Kislyak, like a common Jeff Sessions, because Jared is a Known Jewish. Now, in and of itself, this is not illegal, as it was a meeting between members of an incoming administration and a foreign ambassador, but considering everything else we know? We're going to assume the meeting was shady as fuck, until it's proven otherwise.

Got any other weird Russia links to share with us, before our 'splodey heads start 'sploding?

Yeah why not. Here's a long, VERY interesting thing from Josh Marshall at Talking Points Memo about "What The CIA and FBI Knew About Trump Before 2016." Turns out, it's a lot! And there are Russian names in there, shady criminal sorts who have worked with Donald Trump on the bidness side of things, that you may not have even heard yet, because apparently the number of skeevy Russians Trump knows is ENDLESS. We would tell you more about what's in it, but this post has broken our brain.

Is Wonkette fully reader-supported, completely devoid of ads, and therefore we should give a hearty pat on the ass and also a financial donation to Wonkette, for wading through this stuff and trying to make sense of it?