Get To Baby-Making, Duggars! Muslims To Outnumber You In Only 55 Years! 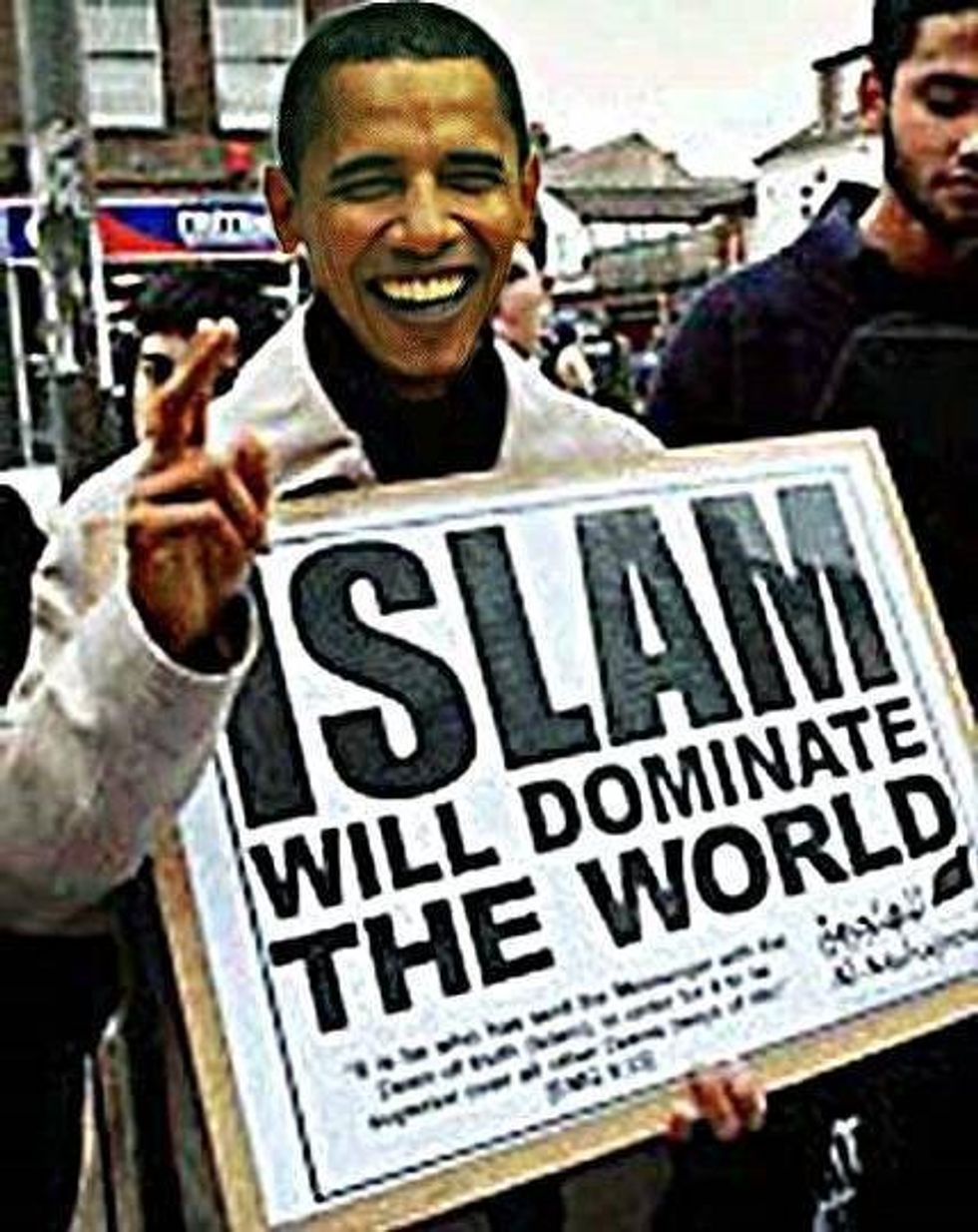 Hold on tight, Patriotic American Christians, for a calamity approacheth! The Pew Research Center has released a study that finds, if things keep going the way they are, there will be more Muslims than Christians in the world in 2070. You will be glad to know the Drudge Report is not freaking out over this or anything, naaaaah, they're just posting a link to the story at the very top of their page, illustrated with a picture of a concerned little white girl who might be about to cry:

They are just saying! And perhaps they are just implying that this is the most important news out there, the thing that their extremely diverse readership needs to know. THE MUSLIMS ARE COMING IN 55 YEARS!

The study itself is kind of interesting:

Over the coming four decades, Christianity will remain the world’s largest religious affiliation, but Islam will see a major increase that will make the two religions nearly equal in numbers by 2050. [...]

If current trends continue, Muslims will outnumber Christians worldwide around 2070.

In the United States, Christians will decline from more than three-quarters (78 percent) of the population to about two-thirds (66 percent) by 2050.

Muslims, “other religions” and those unaffiliated with religion will see the largest increases in North America. The religiously unaffiliated are expected to rise from 16 percent to more than one-quarter of the population, 26 percent. And by 2050, the U.S. will have more Muslims (2.1 percent of the general population) than people who identify as Jewish (1.4 percent).

Set the alarms, everyone. By 2050, there will only be 33 times as many Christian US Americans as there will be Muslims. American Christians better work on getting each other PREGNANT, if they're going to stop that 2 percent of Muslims from completely destroying everything they hold dear.

Pew explains further that after the tipping point comes in 2070, when Muslims and Christians each comprise about 32 percent of the population, it will be another 30 years (around 2100) before Muslims gain a full percentage point over their infidel brothers and sisters.

Wingnuts, bloggers, and journalists are being pretty tame so far about the announcement, probably because they are freaked out about Obama giving Iran the keys both to America's nukes AND our Jeep. For instance, the Weasel Zippers people simply put up the link with a sarcastic "Wonderful," letting the commenters do the hard work of spewing vile bigotry and ALL CAPS nonsense. Go there at your own risk, of course.

Drudge's followers on Twitter have responded to Drudge's tweet with the cool, calm, collected thoughtfulness we've come to expect from them, teaching us many things about how and why this is happening: Because we in America are so WELCOMING, but we never defend our good old patriotic American way.

Others are pretty sure this whole "Pew Research" thing is some big dumb liberal propaganda scam, probably paid for out of the joint bank account Hillary Clinton holds with Benghazi. Silly liberals with their "numbers" and their "math" and their "studies." Don't they know that Jesus would never let such a thing happen?

Still others believe that yes, it is true, because all the Christians will be raptured long before then. We looked at Pew's charts, but had a hard time finding the trendline where Jesus sucks all his people into the sky. Forgetting that must be more evidence of their libtard bias.

So many possibilities! We guess we will find out just how bad things are going to get, in 2070, if we are even alive then.