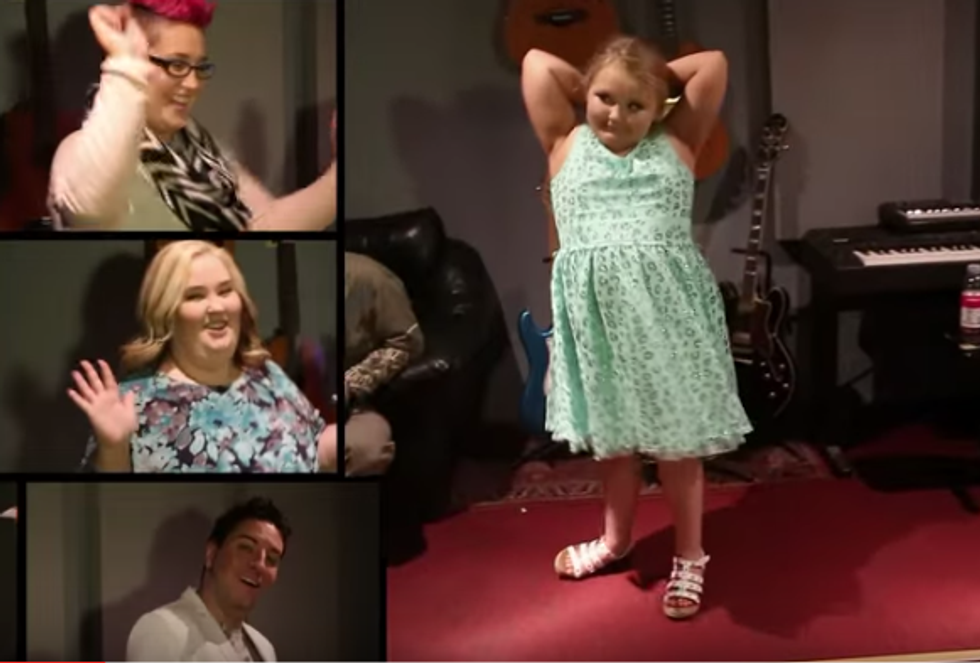 Of course Mama June is in it too.

It's been a week, all right. Carly Fiorina has shown us that she is the CEO of Lying, about Planned Parenthood, about gay marriage, and also about Planned Parenthood some more. Pope Francis has been doing whiplash to our hearts, as we learned he met with Kim Davis, but then learned he regrets ever seeing her bigot face, because she sucks, but he also brunched with his bestie gays, so everything is right in the world again?

No it's not, because we are also, of course, reeling from yet another mass shooting that couldn't have been prevented, because that's what we do in America.

So, Honey Boo Boo's debut single. Whether this cleanses your soul or just adds to your emotional roller coaster  depends on you. It's called "Movin' Up," and it is a song, all right!

You didn't watch it, did you? Well, you're sure going to feel like A Idiot next time you're trying to impress a human female in the club, for the purposes of taking her home and doing sexual copulation with her. You did the Whip and the Nae Nae, like Hillary Clinton, but then this song came on and you didn't know how to do the Honey Boo Boo Bop, and now the human female you had your eye on is going home with a better dancer than you. You will never have sex again, probably.