Here Are the 50 Sexxxiest People Trapped On Capitol Hill This Summer! 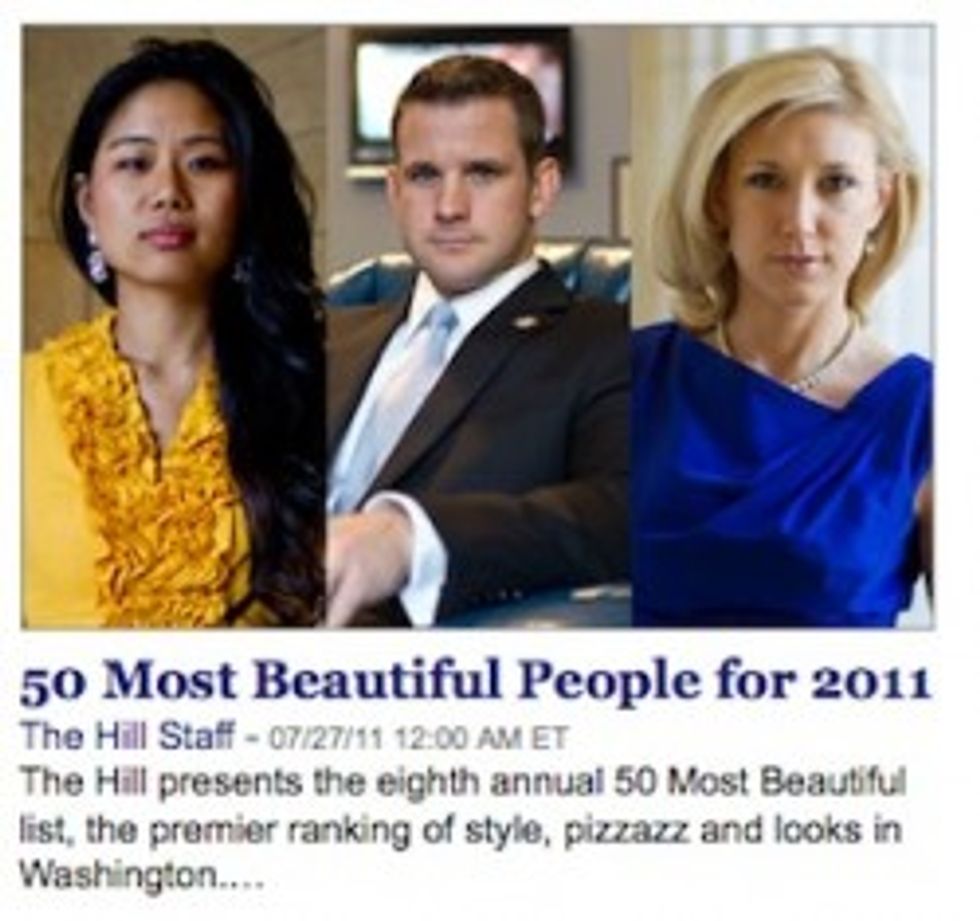 EVERYBODY STRAP IN,The Hill released its "50 Most Beautiful People for 2011" listicle thingamaboob, which contrary to the title is not a list of the 50 most beautiful people on Earth, but more like a "top 50 list of congressional staffers Newt Gingrich will try to DM on Twitter when his current wife gets a double brain tumor." As per the tradition, it is a very boring list that tries to be all gossipy about exercise and "couponing" and dog doo cleanup tips from a swath of hyper type-A twentysomethings, except that is actually fifty pages, which is a loooooong time in Internet years to ask people to read a "feature story" about absolutely nothing. We even tabbed back over to stories about the debt ceiling a few times, is what we are saying. Maybe a "top 4" would do it next year?

SO THERE YOU GO. And now your Wonkette is to going to go napalm the ice cream truck that has been parked outside for the last hour playing the same two bars of "The Entertainer" over and over. Ah, summer. [The Hill]