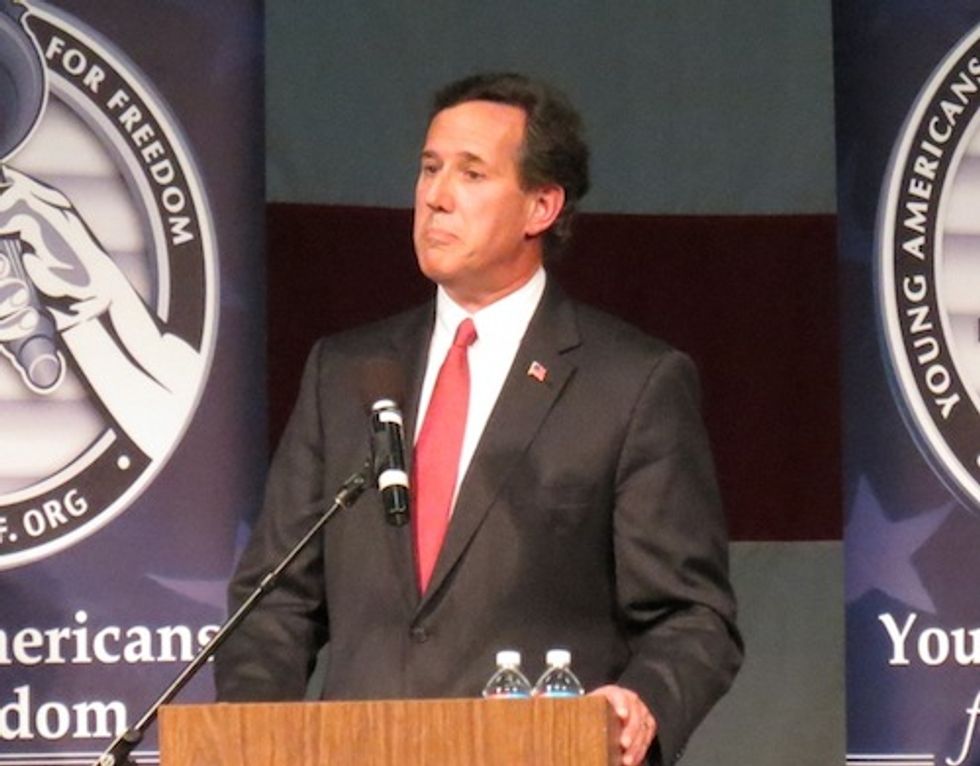 So rememberthat dumb thing about Rick Santorum speaking/not speaking to some high school students about “leadership?” Well, he did speak Wednesday at Grosse Pointe South High School and got paid $18,000 for it. That means Santorum made in two hours 38% of the median annual salary of South teachers. And that’s a lesson, kids. The marketplace is full of irrational actors who will complain about the cost of educating their children into productive adults while throwing gobs of money at stupid crap. Like a Rick Santorum speech on leadership.

Since Grosse Pointe South is yr Wonket’s alma mater, he weaseled a media credential and watched Rick Santorum spread his special brand of leadership across the gymnasium where yr Wonket played floor hockey and volleyball back when Kurt Cobain was alive.

Here are some of the completely non-political “leadership” things Santorum shared with the children of a community that Jack Kerouac (former resident!) said lacked tragedy.

* Per Wikipedia, citing the FBI: According to a November 11 press release, after preliminary examination of Hasan’s computers and internet activity, they had found no information to indicate he had any co-conspirators or was part of a broader terrorist plot, stressing the "early stages" of the review. They said no e-mail communications with outside facilitators or known terrorists were found.”