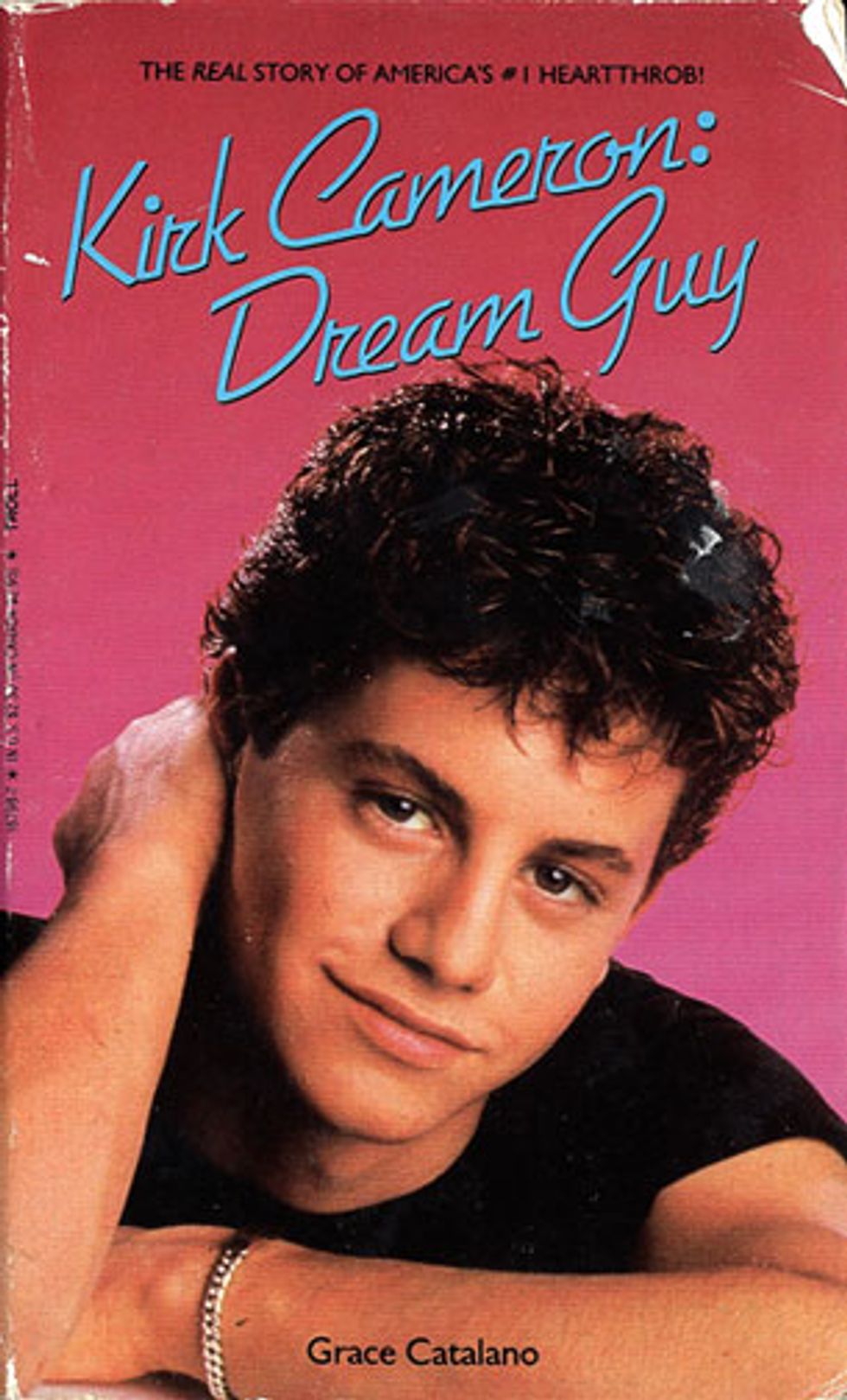 So, a few million years ago -- or maybe eight -- fundagelical washed-up sitcom star Kirk Cameron made a famously dumb appearance on Nightline in which he explained that he'd be convinced of the reality of evolution if random mutations brought forward a "crocoduck" -- a duck that had partly evolved into a crocodile. Cameron also inflicted the truly insufferable movielike visual experience Kirk Cameron's Saving Christmas on us last year. And now, some smartass who is either Mandy DeSandra (the name on the cover) or Christoph Paul (the name on the title page) has done some relatively intelligent design and written a filthy little erotic satire titled Kirk Cameron & The Crocoduck of Chaos Magick, available on Amazon for just 99 cents (cheap! -- and the linky there includes a kickback to Wonkette). Hemant Mehta at The Friendly Atheist thought it was a hoot!

Kirk Cameron has set up his Pray The Gay Away Camp. He is hoping for it to be a hit Reality TV Show. While most boys are open to letting go of their homosexual ways, JJ a young gay man who practices Chaos Magick has other plans. When JJ finishes his spell and unleashes hot Cheese Jesus, a crockoduck, and Boner Stabone, Kirk Cameron will feel passion and some sexy Growing Pains.

For the price, we figured we owed it to you, the discerning Wonket reader, to get a copy and read at least the first 8 pages while we walked to the mini-mart to get milk for our coffee. And we are quite confident that it is exactly as cheesy as it sounds -- holy sex cheesy, in fact.

The fluffy little sex story includes sophomoric jabs at rightwing fundamentalism, plus a lot of dopey sex (and buttrape fantasies that definitely violate the Rules for Commenting Radicals), all seen through the viewpoint of JJ, a gay teen who has mastered "Chaos Sex Magick" through the internet, where he finds liberation:

Not only could he have cyber relations with other gays boys and men in more sophisticated cities like Tampa, but he got a spiritual worldview that gave him hope.

With Chaos Magick he could be at one with the world that ran on chaos. If he worked with it instead of against it using magick rituals, they would give him his wants, needs, and hurt those who would hurt HIM first.

We admit we giggled at "sophisticated cities like Tampa." And obviously, once JJ's abducted and sent to Kirk Cameron's Pray The Gay Away Camp, he has to use Chaos Sex Magick to free himself and all the other gay boys at the camp, and Kirk Cameron also does a lot of gay Crocoduck diddling, too:

Kirk Cameron’s mouth dropped and he fell to the knees. The Crocoduck he used to refute evolution was now in the room crocowaddling toward him.

It looked at Kirk and its wings flapped with glee. The green-scaled skin glistened while his feathers looked regal. Its 12-inch jaw of teeth showed a long smile of lust—its Crocoduck cock was the same length.

And in a surprise ending worthy of a Chick Tract (spoiler warning!), Kirk Cameron ends up in hell as the Crocoduck's butt plug for eternity, but not until after this memorable line of dialogue:

“No, please Satan! I don’t want to be sex meat!” Kirk screamed.

What we're getting at is that this is pretty much just pure sophomoric gay revenge fantasy, and kind of interesting in its awfulness, even though it lacks the technical sophistication of a Manos: The Hands of Fate or even the horribad Christianist stupidity of Jon McNaughton's YA novel Knight of the Superstitions. Frankly, it's pretty bad, and we've read My Little Pony fanfics that were far better written, although they do tend to be rather short on Kirk Cameron gaysexx.

Comes right down to it, this is really just Ass Goblins of Auschwitz with Kirk Cameron and a crocoduck, and you can take it or leave it.