Here's the Death-Stare Face Obama Made While Waiting Yesterday 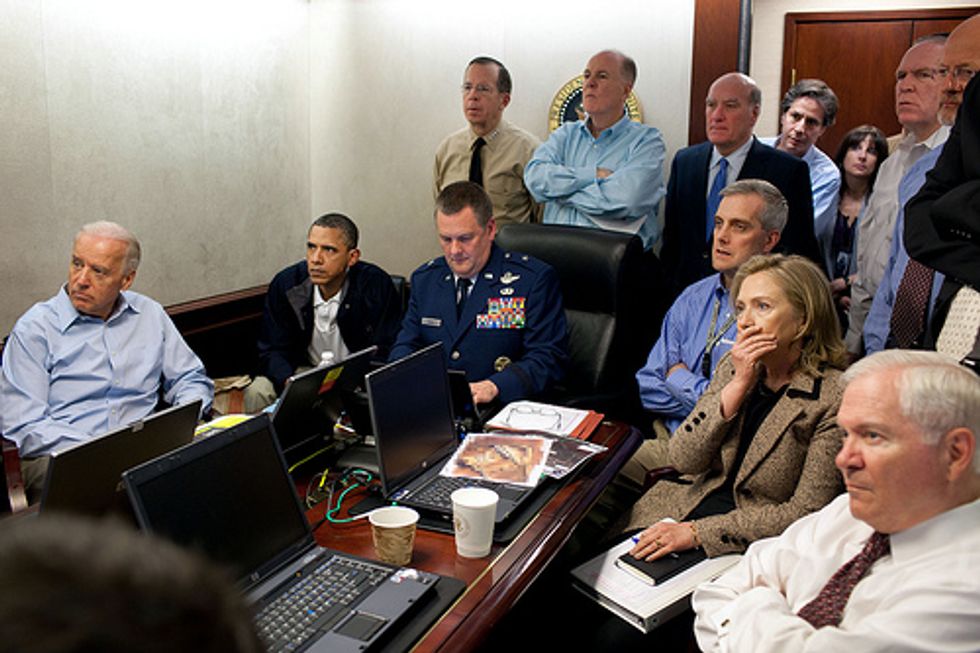 America, this is just a guess, but it's probably not a good idea to make Obama angry. "We're gonna need a new vein!" — Obama's face of death. This whole photo is pretty much the greatest picture of the century so far. Joe Biden is like, "Murhp?" And Hillary Clinton is like, "OMG!" (This is the caption that will be appear in history books, because history is written by the winners: teenagers who are popular.)

ANYWAY, as fun as this photo is, it's fun to imagine other things they may have been watching yesterday:

Yeah, all of those seem to work just fine. [Flickr]