Here's What We Know About San Bernardino Mass Shooting. The Rest Is Just Noise. 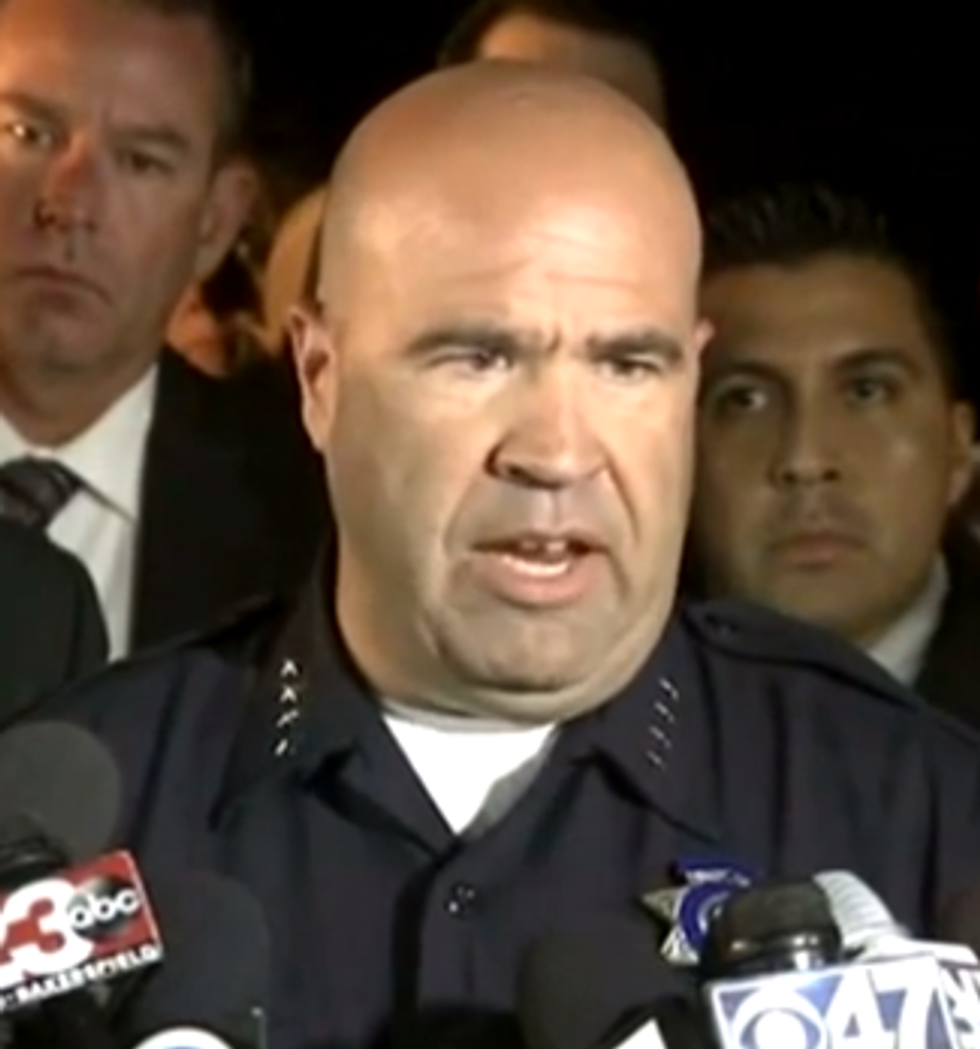 Fourteen people were murdered, and another 17 shot and injured, during a mass shooting on Wednesday, at the Inland Regional Center in San Bernardino, California, a large facility that serves the developmentally disabled. It was the second mass shooting in America that day.

Reports of the shooting started just after 11 AM PT, and for the next 12 hours, perhaps partially because this case is so peculiar, much of what you have read or seen in The News was flat-out wrong. Some of that has been the natural chaos of a breaking news event, and some has been just plain sloppy and possibly libelous. (MORE ON THAT LATER.)

For the record, Wonkette hasn't had to correct its initial article even one time. Now let's update with new, confirmed information:

After hours of reports from anonymous "law enforcement" about the identity of the shooters -- some of which was completely wrong -- San Bernardino police chief Jarrod Burguan confirmed late Wednesday that the suspects were 28-year-old Syed Rizwan Farook and 27-year-old Tashfeen Malik, later killed during a shootout with the police on Wednesday afternoon. Burguan indicated the couple was in "some sort of relationship," either "boyfriend, girlfriend" or perhaps married. Otherreports have suggested the couple met in Saudi Arabia, through an online dating service, and were married before returning to the U.S. That's possible, but as yet unconfirmed by the authorities, so let's just stick with what police have said and not worry too hard about whether he had put a ring on it.

Farook was born in the United States, while Malik's citizenship is unknown. Farook worked for San Bernardino County for five years as an environmental specialist with the health department.

And what happened, precisely?

Wednesday morning, Farook attended what has been described as the health department's holiday party, seminar, awards banquet, or some other sort of meeting. (Maybe it was a stitch 'n' bitch session or a Riverdance audition! The point is, that it was all over the place.) For now it seems like "holiday party" is a good enough description. At some point, he was noticed leaving the party and seemed disgruntled.

Not long after, he returned with Malik, wearing masks and "tactical gear," and the two opened fire. Though they were masked, he was identified by at least one witness, and cops were tipped that a black SUV, described at the time as "possibly a Yukon," was spotted leaving the scene shortly after the shooting.

A tip led authorities to a home in nearby Redlands, and they were already there when a black Ford Expedition approached and apparently quickly turned around and left, and police chased after it. Chief Burguan reports once the vehicle was pulled over, more than 20 law enforcement officers were involved in a gunfight, and both suspects were killed. One officer was injured and is expected to recover.

The couple were armed with "two assault rifles and two semi-automatic handguns," purchased legally. Additionally, Chief Burguan reported that authorities found three devices at the crime scene, which appeared to be explosives of some sort. CNN reports officers found what they believe to be the detonator for those explosives in the shot-out Expedition.

Well, there is a third suspect! Or a person of interest! Or a completely unrelated person who had the misfortune of being in the neighborhood at the time of the cop chase and shootout. A person was reported fleeing the scene, which led to a SWAT team manhunt through San Bernardino. The third person was detained, and authorities later suggested he or she might not have been involved, but have provided no further details.

So this was terrorism? Because, you know, MUSLIM?

The police haven't stated a motive. They're combing through that home in Redlands (reportedly owned by Farook's mother) and through the crime scene, and they will let us know when they know something. Family members have expressed shock that Farook would do such a thing; his coworkers have said he never had problems with anyone; and at least as of yet, authorities have not found any notes, manifestos, or any other explicit indication of motive by the shooters. No other people or organizations have claimed credit or involvement.

There are theories flying around: that it was an act of workplace violence after Farook's stapler was stolen one too many times, or maybe he was a hardened jihadist doing ISIS in Southern California. (Fox News is already committed to the DUH, OBVIOUS conclusion that of course it is radical Islamic terrorism, just like in Paris, because Farook had a Muslimy name and his co-shooter's name is just plain "weird.") We don't know yet, and neither does Fox News, and neither does your rightwing uncle.

So you're still refusing to wildly speculate?

Ayup, because we are Yr Wonkette, and we are known for our integrity. And our dick jokes.

Did the media step on its own dick and then eat it on this one?

HOO BOY! As Wonkette pal Rachel Maddow likes to say, WATCH THIS SPACE. We have a story to tell you later today.

Nope. We'll let you more when we know more. Until then, talk to each other in the comments, which are not allowed.

UPDATE: Click HERE for the latest update on what we know now.