Here's Your Complete Guide To Frauding The Vote On Election Day 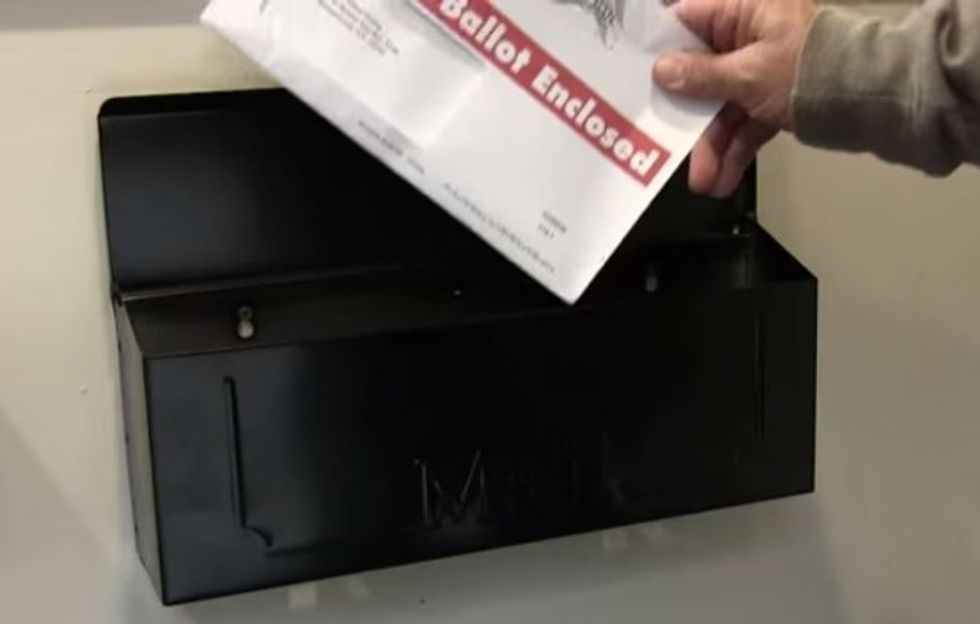 When it comes to threats against fair elections in America, voter fraud is the new Black Panthers. The way everyone's talking about electoral integrity this fall, people must be fake-voting coast to coast! With the midterm elections coming up on Tuesday, it's time to ask: Is voter fraud right for you?

To see the necessity for voter fraud, first you have to be S-M-R-T enough to get past all the suspicious "facts" cited by activist judges and government researchers who want you to think that voter fraud is exceedingly rare. Instead, you must believe that it's going on, impossible to detect or prove, all around you.

This is relatively easy to believe if you're a viewer of Fox News, where they were all over the story of Colorado's dangerously lax voting laws letting every common criminal set up a printer farm to crank out ballots for frauding. If you're not convinced, especially if you happened to see Fox's retraction of that factually untrue story, you can follow it up by watching a convicted criminal's nonsensical conversation with a racist whale-hugger in Aurora, which can quickly be extrapolated into a conspiracy by Greenpeace to harvest trash ballots across Colorado.

You can even try listening to a guy whose elected office suggests he is a voice of authority on voting, like Colorado Secretary of State Scott Gessler. He's busy fighting to keep Colorado's voters from being disenfranchised by the shadowy anti-democratic forces at work in the Post Office, but he can always make time to sit down with criminals and tell them how easy it would be to fraud a path to victory in the state where he's in charge of elections.

Convinced? Great! Now that you know voter fraud has mushroomed into an unseen menace to the very institution of American democracy, you might have a vision, clear as day, of what your country needs you to do. You might see that your only hope of keeping these dastardly perpetrators from stealing your election is to steal it first.

If you are a liberal, there's no need for further action. Everyone knows that Democrats have cornered the market on voter fraud, so rest assured that you're already well-represented in the fake-vote department. Especially with those suspicious Latino thugs trying to get out the fraud. If you are a conservative, obviously you do not have the same instinct to break the law as those amoral left-wingers, but you are needed to counteract those sleeper cells of Soros-funded extremists who are doing this totally undetected.

And don't worry about getting caught. Take it from Scott Gessler, who admits he only found six possible cases of voter fraud in liberal Denver County. If Gessler's fraud-seeking missiles can't find any more than that among nearly a quarter-million registrations, that must mean it's un-findable, or maybe that Gessler is a bad Election Cop and cannot find this voter fraud that is everywhere. You should not take this to mean that voter fraud is actually very rare!

Unfortunately, a lot of times in elections, people's common sense just gets thrown out the window. We don't measure our murder rate based on the number of successful prosecutions. We look at the number of dead bodies in the street, as it were.

Of course, you don't need to be in Colorado to Fraud The Vote. Absentee ballots seem like they'd be really easy to fraud with! All you have to do is ask for one, and they'll send it to you! At home! Sure, you have to be a registered voter and you can only get one, but you can mail it in and then walk into your polling place and vote there too, and no one will be the wiser, right? That's one fraudulent vote down!

Wait, did you know that when you vote, they keep a record of it? It turns out that if the same person votes more than once, people notice. They don't even need voter ID laws to catch it.

Hey, that lady admitted she used an absentee ballot to vote more than once! Don't worry about the fact that she was charged with a crime for it, which is, in fact, why she is talking to the reporter in the video. Remember, Secretary of State Gessler, voter fraud expert, assures you that you can leave your electoral corpses just laying around in the street with no fear of prosecution.

If you're the kind of patriot who doesn't want your vote left to die unavenged, struck down thoughtlessly by liberals bent on stealing the election, you must fight! Sure, you could enlist in the True The Vote army and loiter around applying unfounded suspicion to "voters" in your local polling place. But if you really want to be sure that your voice is heard and you're convinced that, despite all the evidence to the contrary, the United States is a hotbed of voter fraud, you might consider a little counter-fraud just to even things up.

Take a cue from Wisconsin Gov. Scott Walker, who fights on bravely even after his state was deprived of its right to suppress voters by those hooligans on the US Supreme Court: it doesn't matter if there is only one improper vote, since that means someone else was disenfranchised. Don't be a victim of vote cancellation by fraud! Better to bank up a couple extra votes for the candidate of your choice to counteract the unseen, unproven wave of fraudulent ballots that are certain to blanket your city/town/subdivision, no matter where you are.

And what if those fraudulent voters happen to be voting for the same people you are? Well, you should just consider this all a bit of voter amplification. Nothing wrong with that.

Following Beth on Twitter will be considerably less alarming if you understand satire.