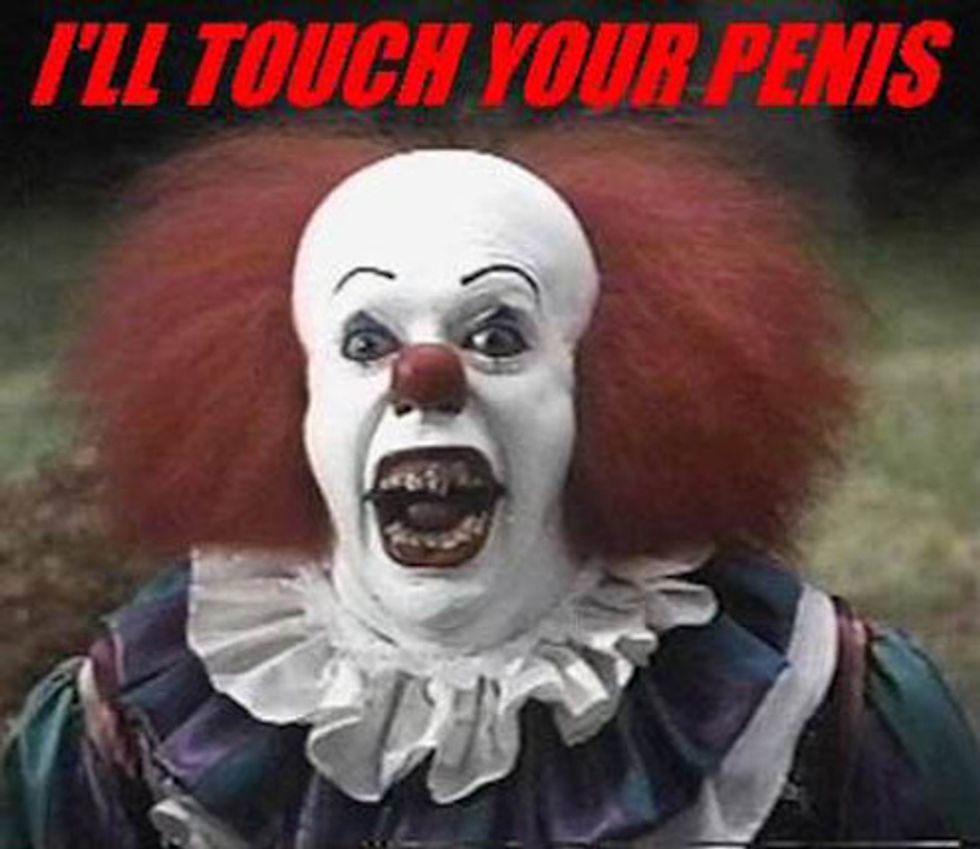 Hawaii, we were under the impression your legislative types were generally not, on the whole, anti-gay nutbars since they crammed gay marriage down the throats of the state last December. We should never forget, though, that there will always be that one squeaky and super-bigoted wheel, and that dude will bitch and moan until he gets his way. Enter Bob McDermott, a state representative who is really really afraid of the fact that some people like to take it up the ass, so much so that he needed to torpedo an entire sex ed curriculum over it.

A middle school sex ed program will only be taught to Hawaii students if parents explicitly opt-in, the state Department of Education said today. The announcement was the culmination of a long campaign by a virulently anti-gay state legislator who objected that the program was “normalizing” homosexuality.

We're not sure if that means that McDermott is down with lesbians doing the buttsecks to each other or not. We're gonna guess not. Also, Bob -- can we call you Bob? -- the problem you have with oral sex is probably just deep sadness that you're not getting any, likely because you look like someone stuffed Louis CK's facial hair into a roughly human-shaped form and slapped a combover on it.

Hawaii's reaction to McDermott is extra sad-making and perplexing because apparently they originally convened focus groups and talked to doctors and all such manner of responsible things and seemed like they would stick to their guns.

After McDermott’s initial complaints, the state suspended the program for ten days last December. Following an internal review, the state said that the “the curriculum meets department standards” and “is a culturally responsive curriculum that has resulted in positive outcomes for students.” The program was reinstated.

Later, in response to McDermott’s continued complaints, the state created “a volunteer working group of parents, educators, religious leaders and health professionals to evaluate the curriculum’s appropriateness.” The panel largely affirmed the curriculum’s medical accuracy and age-appropriateness but recommended a few small changes. Nevertheless, simultaneous with the report of the volunteer panel, the state announced the program would only be offered on an “opt-in” basis. Previously, parents were given the option to “opt-out” of the program.

McDermott was particularly fixated on the fact that curriculum included “anus” in the category of “genitalia.” [...] The medical professionals on the volunteer panel noted that classification was common in certain areas of medicine, such as dermatology.

This is true, and grownups -- even non-doctor grownups -- know this, but we're guessing that Bob McDermott probably has only a nodding acquaintance with nearly every branch of medicine, and likely thinks dermatology is nothing but the Devil's work anyway, so this is unlikely to persuade him.

You know, we're disappointed in Hawaii for caving to this guy, but we also kinda think that maybe the people at the Hawaii department of education that kept having to deal with him just finally decided it was easier to gut the middle school sex ed program by making it opt-in only than ever having to hear from this fool again. Lord knows that's probably what we would have done.