Hero Maryland Pastor: Vote Against Gay Marriage Or You Should Die 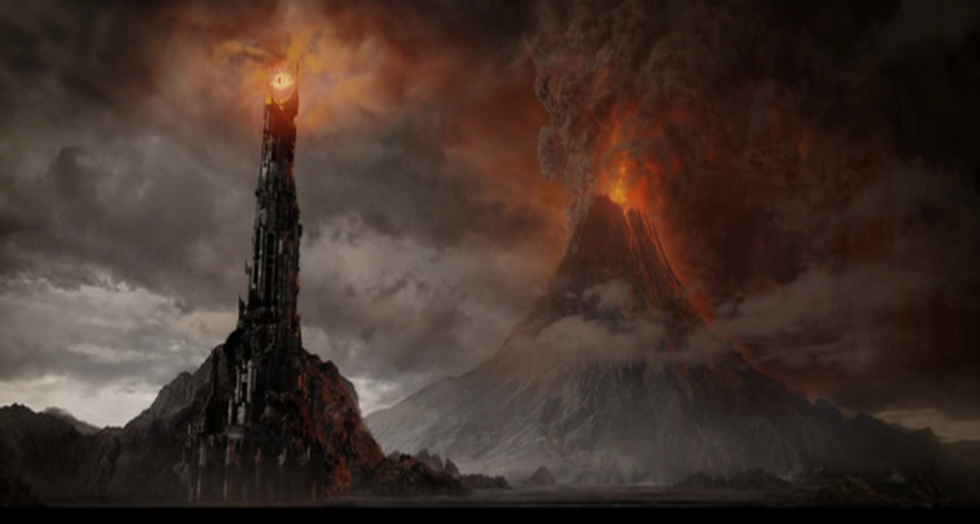 So there's this Maryland referendum coming up for a vote on November 6, see, and it's about letting gay people marry each other. You know, so they can get those sweet tax deductions, and visit each other in the hospital, and share health insurance, and commit publicly to the one they love — all that cool stuff the straights get, for being straight.

The ballot measure is 96 words long. The first 25 are about how Maryland is gonna let people marry whomever they want, because Freedom, and the last 71 words are about how churches don't have to change anything or marry any icky gays or even talk to them, also because Freedom.

Churches, however, are not happy about this anyway, and groups like the Maryland Marriage Alliance are all like "gross, ew, ew, lesbians, ew, Jesus would have haaaated you guys." And they have a friend! His name is Derek McCoy, and he is a pastor, and he thinks gay people (and their friends!) should... well... die.

Tell us, Baltimore Sun, how are folks using their First Amendment rights today?

Anderson read from a portion of the Bible that refers to homosexuality. "Those who practice such things are deserving of death," Anderson said, reading from the Bible.

FINALLY, someone with the courage to point out what other anti-equality activists dance around on their big work boots: If you believe unequivocally in the Bible, you can't just not want gay people to get married, or civil unioned, or made out with. You have to think they should die. Which is, whoa, a bummer, man, but thank goodness Ours is a Loving and Compassionate God, right?

To review: Getting raped and impregnated? A gift from God! Two people falling in love and wanting to spend the rest of their lives together? Ah, we should kill those people. That wasn't God's plan. God's plan can only go undefended when bad things happen to women.

But wait! There are more people destined to die at the hands of the Great Good Lord! From a video of the panel, courtesy of gay rights blog Good As You, we have McCoy explaining why we must vote against gay marriage:

There are then heavy nods of agreement and one dude yelling "Preach!" because he is so filled with the spirit of the Angel of Death.

So, just so you know, People In Favor Of Equal Rights, you deserve death for not saying gays deserve death. It might be hard to keep it all straight, but you have to pay close attention so as to not accidentally deserve death.

Separately, he also said approving same-sex marriage could "open up a back door" to legalizing prostitution, incest and bestiality.

First order of business: Props to reporter Annie Linskey for working a reference to "back doors" in a story about gay marriage.

Second order of business: We have been converted! What a convincing argument. Surely, we can all agree on this point, right? If we let gay marriage pass, the Fido-boinkers win. Won't someone think of the puppies? Also, two people getting married is nothing but a road to hookerdom, and we must fight hookerdom at every turn.

You know, for freedom. [Baltimore Sun]