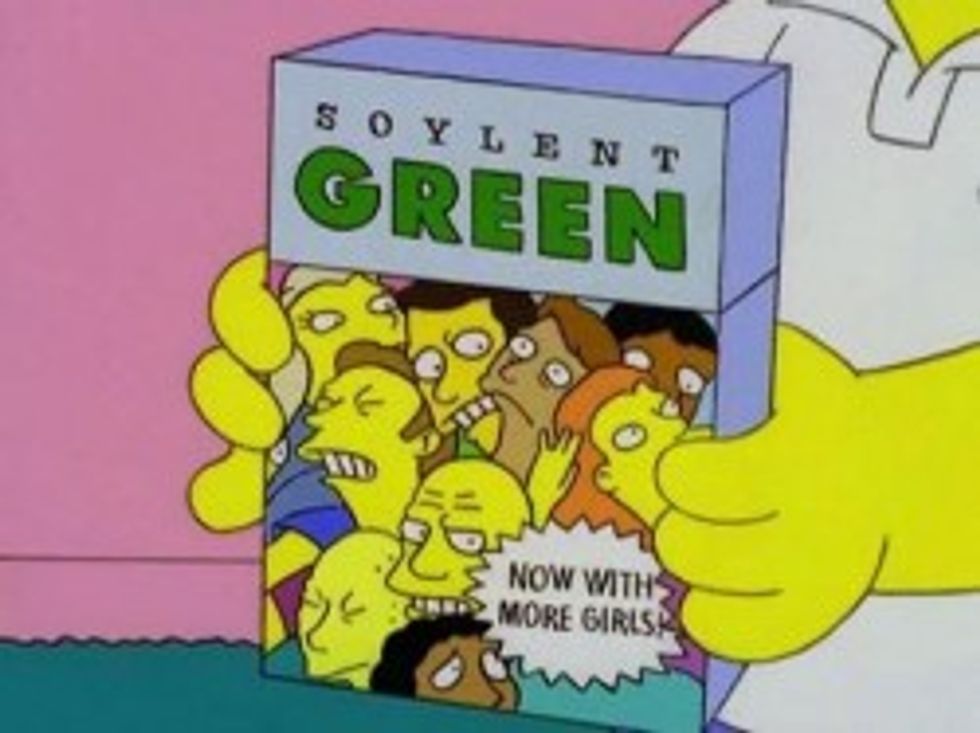 What's in your anusburger, Oklahoma, besides cow rectums, sawdust and glue? It can be hard to tell! Have you ever, as a result, worried to yourself, what if there are also ground up aborted human fetuses in here and I don't even realize it? Oklahoma state Senator Ralph Shortey -- his real name! -- worries so fervently about this possibility that he went and introduced a bill banning the use of aborted fetuses as an ingredient in "food or any other product intended for human consumption." You know, JUST IN CASE, GUYS. (Dog food, on the other hand, is fine.)

Here is the entire text of Shortey's bill, which we pray is the last remaining evidence of human civilization when aliens finally discover Earth:

OH and also this award-winning soundbite from Shortey, who may or may not have shot three syringes full of psilocybin into his eyeballs immediately before he talked to this KRMG news reporter:

“There is a potential that there are companies that are using aborted human babies in their research and development of basically enhancing flavor for artificial flavors," says Shortey.

He admits he has no evidence that this fetus food nightmare is currently happening in Oklahoma or anywhere else, but then again there's no evidence that an invisible giant lizard isn't responsible every time Ralph Shortey's car keys are definitely not where he left them last time. So there. [KRMG.com/ The Lost Ogle; Thanks to Wonkette operative "Steve B."]