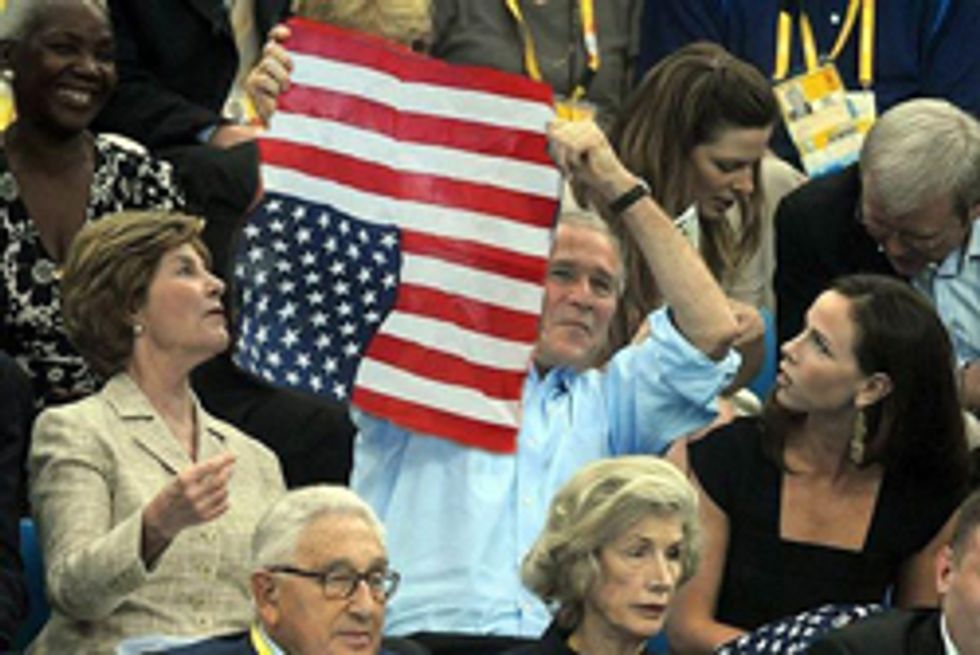 At last, the only endorsement that matters: George W. Bush supports... Obama,again?... no, the other one, Willard McScalp-o-tron. It must have been the tales of privileged schoolboy terorrizing that ultimately won over Bush's heart.Gotta make'm earn it, the Bushes like to say. Anyway, Romney better get started moving into the White House right now, because this endorsement hands him the election. Where'd they hold the presser, anyway? Classic "gay weekend at the ranch" type thing? Close. It was more like Bush just hollered something half-assed through closing elevator doors.

Bush was back in Washington on a nostalgia tour today, giving his staple human rights speech ("Kill the humans so that one day they may enjoy rights") and getting ready to hit his favorite gay gym when who shows up, some reporter.

“I’m for Mitt Romney,” Bush told ABC News this morning as the doors of an elevator closed on him, after he gave a speech on human rights a block from his old home — the White House.

Ugh, these endorsements always have the most gaudy theatrics. People are struggling out there.