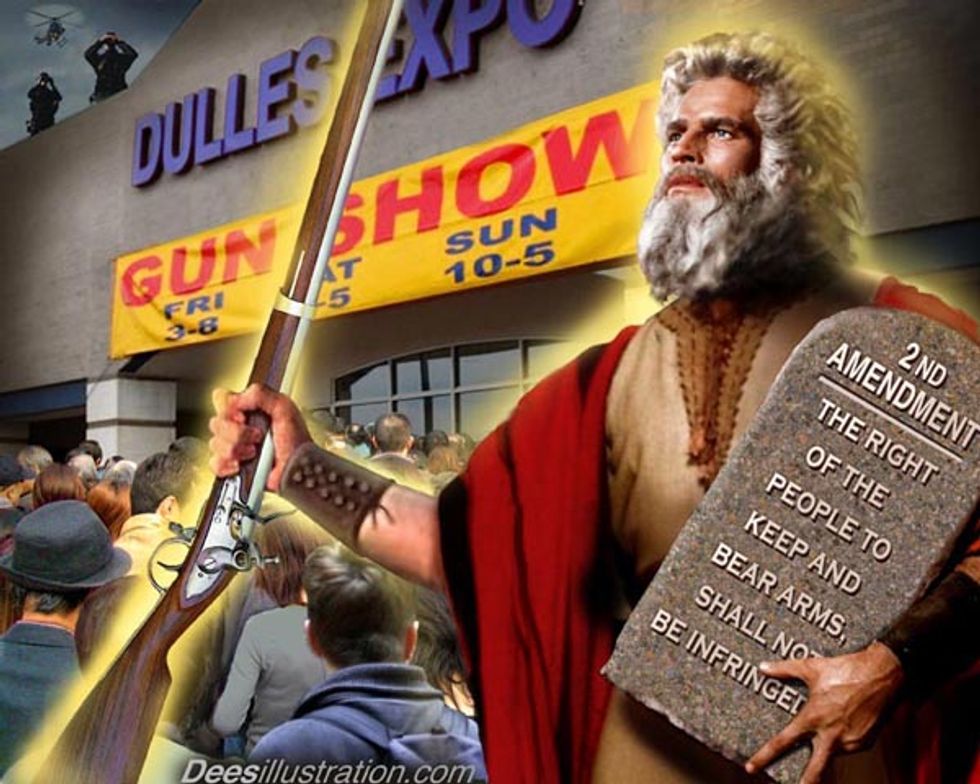 It's your friendly neighborhood Jew here. Look, I understand you're feeling a little defensive with those mean Florida kids picking on you. Getting bullied is no fun, huh! The temptation is probably strong to identify other historically victimized groups, like, say Holocaust victims. Seriously, though, DON'T DO THAT.

This means you, Rep. Don Young! No, not even when that annoying Democrat with the Jew-y name who wants to take your seat asks you a gotcha questions about guns in schools.

Darnit, Don! I told you to leave (((us))) out of it. Yeah you're up in Alaska, but did you think we wouldn't hear about it? The internet moves faster than a speeding ... well, you know. And I'm curious how you think a bunch of chuckleheads playing Rambo in the woods would be able to hold off the most powerful military the world has ever known if the US government ever decided to go full tyrant. I must have missed that day in Hebrew school!

Anyway, yes, there are plenty of Jews who own guns. And I would never presume to speak for all Jews -- you know what they say, two Jews, three opinions. But we have the lowest gun ownership of any religious group, so I feel pretty confident saying we're not with you on this one. Even the Republican Jews, the ones who inexplicably adore Trump, support gun control.

Take last weekend at Mar-a-Lago, the "Winter White House," where a big pro-Israel group hosted their annual gala. Originally the party was booked at the Boca Raton Resort & Club, but when all the other charities abandoned Trump for calling those Nazis "very fine people," Steve Alembik of Truth About Israel transferred the booking to show his love for the president. Meshuggenah, I know! But even this guy, as crazy as he is, supports gun control. Via WaPo,

Alembik told the crowd that his next big project will be organizing a rally on March 19 and pushing for a bill, called the Marjory Stoneman Douglas Act, to “get every assault weapon out of the hands of everybody in this country.”

And I know you guys like to talk about how safe you feel in Israel with all those armed soldiers around.

I feel safer in Israel, too. Yes, let's definitely adopt their gun laws! All we need is a central licensing authority that certifies applicants are 27 years old (21 for veterans), physically and mentally competent, have no criminal record, and have actual need to carry a handgun. They can reapply every three years. Oh, and it's illegal for everyone, including soldiers, to walk around with a bullet in the chamber.

You fellas cool with that?

Oh, you're not? HUH. Well maybe we don't have that much in common after all. I guess it's not so surprising. You think thirty thousand corpses (a year!) are a fair price to pay if you can walk around with a murder machine strapped to your body. AND I DON'T.

So how about you quit invoking our "shared" traditions. You, too, Marco!

Yeah, especially if you're going to subtweet those awesome Parkland kids. Leave us out of that, Boychik! We're not smearing you when we call you a spineless nudnik who's in hock to the NRA and won't protect the kids. That's just a fact!

Anyway, glad we could clear the air. I look forward to never hearing another word from you again about my murdered ancestors or our "shared heritage." But have a happy Purim! Hope one of your constituents brings you some hamantaschen. These are Oreo, which is non-traditional, I know. But that's okay because PEOPLE CAN EVOLVE! (Hint, hint.)

You should only click here to support Wonkette! Hurry! We're sitting here in the dark, not eating in case our mouths should be full when you call!