'Hey, Why Can't I See Wonket On My iPhone Or iPad?' An Important And Thrilling Programming Note 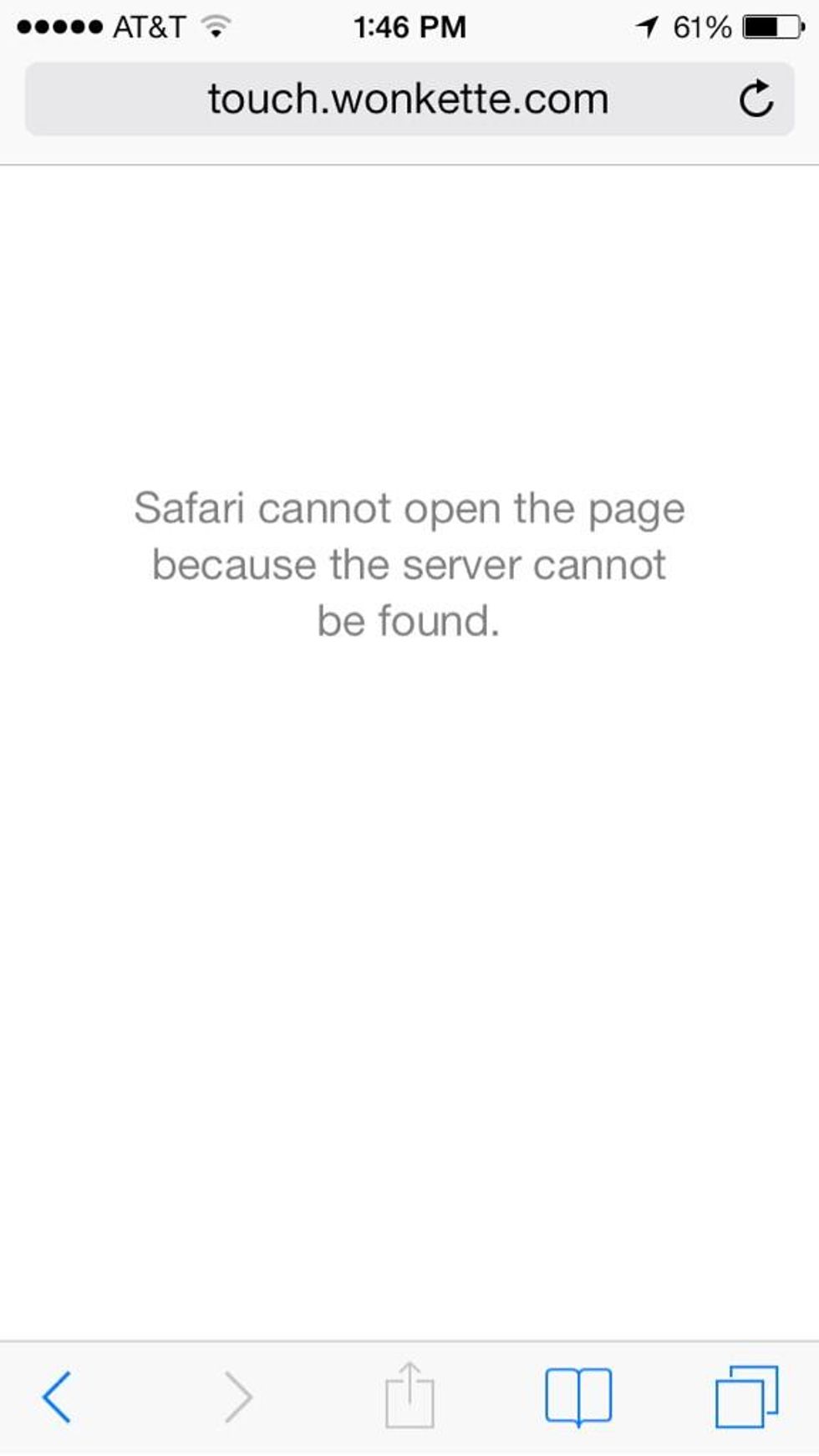 Some of you have been bitching for a while about this here website,TerribleNewsforTerriblePeople.Com, and how it is doing a weird fake-mobile thing intermittently. That is because we did a thing! We were trying to divest ourselves from Onswipe, which we think is really pretty but many of you complain about shrilly and incessantly. "Hey, we will have our developers do this 'responsive design' thingummy so that no matter what operating system our readers are on they will get the desktop version of our beyoootiful site, and it will just scale itself by magic so they can read it with their eyeballs and such," we said, and yes, that is how we talk.

But then a terrible thing happened. We paid our developers -- we paid them in MONEY -- and they said they were done with the project, but our Android version was the same as it ever was (you have to scroll side to side to see the whole page), and our iPad/iPhone version was ALSO the same it ever was, i.e. that pretty Onswipe version? And we were like, ummmm, why is it exactly the same as it was before, what do you mean you are done? And they said, "huh? Didn't you want us to turn the iPhone/iPad version into an Onswipe version?" which, WHAT EVEN THE FUCK?

So we just said, "fuck it, let's just turn off the DNS nameservers for touch.wonkette.com or something and see what happens!" So we did that, and now you are probably not reading this on your iPhone or iPad because of how it keeps wanting to redirect you to touch.wonkette.com, which no longer exists.

SO. Maybe once the nameserver change is done propagating through the internet, you will be able to read this! Or maybe not, and we will have to do something else!

Oh, yeah, and also: maybe try clearing your cache and/or restarting your browser.

UPDATE: An errant script has been found and detained and questioned harshly and executed like Nobummer wants to do to all the WWII vets. Your shit should be working, y'all. However, we're pretty sure it's still not "responsive design," if we even fucking care any more.