Hi Handsome, Wise Donald Trump, Here Is Why You Should Nominate Hillary Clinton To The Supreme Court! 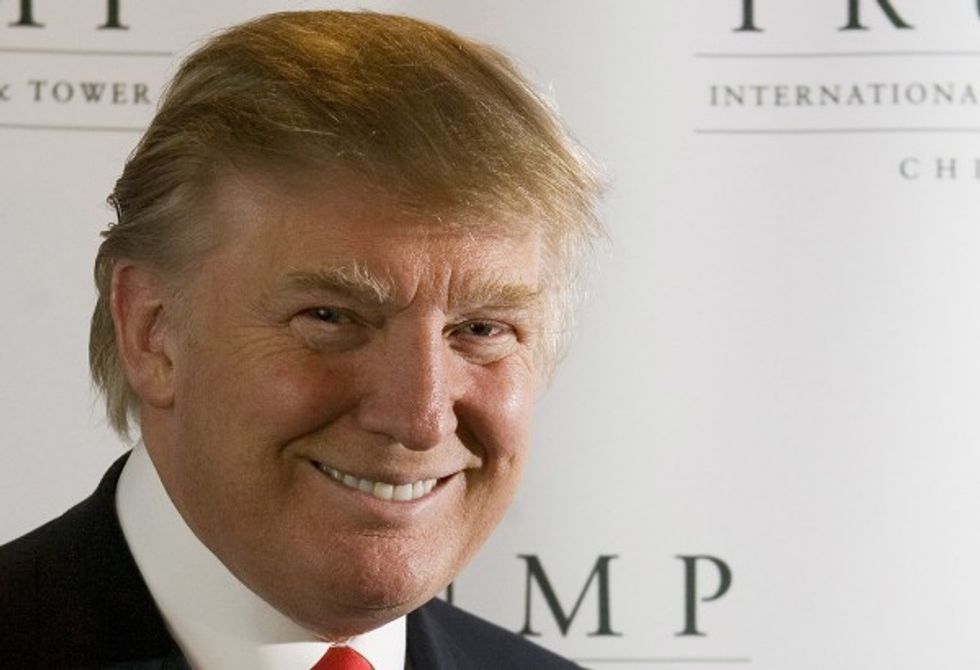 Look, President Trump! We used a handsome picture of you!

This morning you shat out some tweets about how, on Thursday, you will announce your pick for the Supreme Court.

You should nominate Hillary Clinton, and here are all the very smart -- THE SMARTEST! -- reasons why.

The Senate is a dick, and you are the boss of them

Pssst, President Donald Trump! You need some wedge issues to show the GOP Congress you are not just a Weekend at Bernie's-style corpse in a chair. You are vigorous! You feel young! Like 30, 39, who can even say. You will bang your shoe at them and shit! Show them you are not their rubber stamp, and WIN SO MUCH YOU WILL GET SICK OF WINNING!

It will be POPULAR!

Donald Trump, you might not be aware of this, but three million more people voted for Hillary Clinton than for you. This is because there are more Democrats than Republicans, and also, people really hate you. (FOR NOW!) If you want to be loved by the most people, you should do things Democrats like! It is called "math," and we're sure you're not a fan, but give it a try! Don't you want those fat, juicy approval ratings of "more than 37 percent"?

Team of Rivals or whatever blah blah blah

When Barack made Hillary secretary of State it was YOOOOOGE. Be the unifying statesman you so dearly want to be. Historians will write about how you are the best, most unifying, not divisive, definitely not, greatest guy who HEALED THE WHOLE COUNTRY!

Donald Trump, you can maybe even get Mitch McConnell to go along with it, because she is not young and spry like that whippersnapper Barack Obama, whom you should nominate to the Supreme Court also, but next time. She will die within the next 30 or so years, and so then there will be an opportunity for the Republicans to put a real go-getter in there, like LOL Ted Cruz.

In conclusion, just think of the possibilities! You can start governing like the Democrat you sort of were for so many years (an asshole rich guy Democrat who is also racist, but, like, you probably paid for a couple-30 abortions along the way and could probably give a shit about what gay people do), and then the economy will not crash, because Democrats are good at "economy" and Republicans keep shitting the ol' money bed, and then your name will not become synonymous with homeless camps, like Hoover's did, but can keep meaning what it already meant: a fart.

So think about it! And then totally do it! Also, please Must Credit Wonkette.