Hillary Bros, Really, Please Do Not Slap A Lady 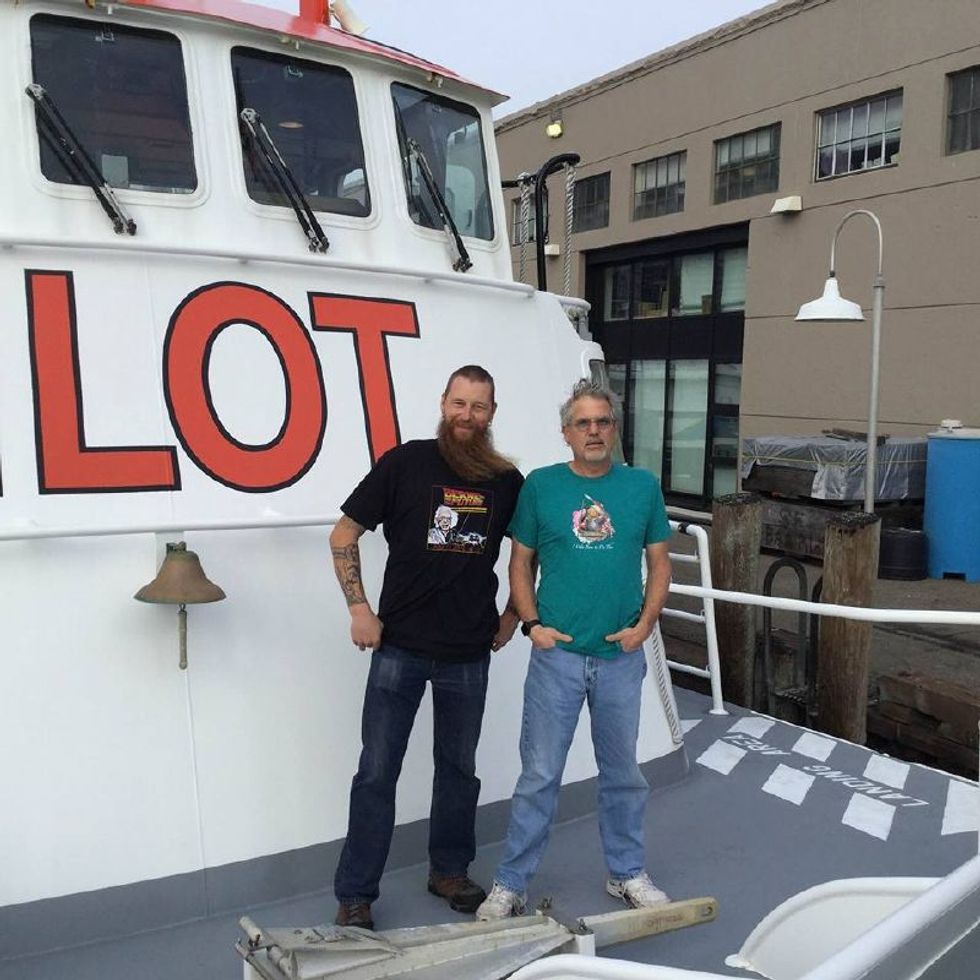 be like these dudes instead! We hada real good time this weekend (we did not have a good time) yelling at the worst subset of Bernie Sanders supporters to STOP IT! STOP IT! STOP IT! when they all up and had a massive poo-flinging (and chair-flinging!) tantrum about some arcane nonsense at the Nevada state Democratic convention. (When you're calling on people to forsake news sources like CNN and HuffPo because they're too bought and paid for Hillary $hills, and recommending to them instead to get the real story about the Nevada convention from Russia Today -- which is like Fox News if Fox News soberly announced that today, the sky is purple -- you are really just a whole new flavor of tea.)

But now comes our first in-the-wild sighting of a Bad Hillary Person -- a phenonemon so new it does not even have a name, as Hillary people can be easily umbraged and schoolmarmish and not understand "humor," or "words," but they're not often abusive. (The keyword being "often." WE KNOW, OKAY?)

Wendell Pierce of The Wire, Treme, and Confirmation where you played Clarence Thomas except you spoke words, DO NOT SMACK BERNIE-SUPPORTING WOMEN.

Sources at the Loews Hotel in Atlanta tell us the actor struck up a convo with the woman and her boyfriend at around 3:30 AM. The talk turned political and Wendell -- a big Hillary Clinton supporter -- got upset when the woman declared her support for Bernie.

We're told Wendell -- who played Supreme Court Justice Clarence Thomas in the HBO drama, "Confirmation" -- became enraged, pushed the boyfriend and then went after his girlfriend ... grabbing her hair and smacking her in the head.

It's not cute, it's not hilarious, it's not cool, it's not okay. I don't care if they said you were a mass murderer and the emails and the Benghazi and the rapes Hillary is always doing and all the other reasons anyone supporting Hillary is a criminal and a neoliberal and a whore, those are words and you are a grown-up man, and if you want to fistfight a dude Wonkette is okay with that because we grew up in a family with a lot of fistfights, but you do not pull a woman's hair and smack her in the head unless you are having consensual sex and she asked you to.

EVERYONE STOP TAKING YOUR SOCIAL CUES FROM TRUMP RALLIES, THE END.