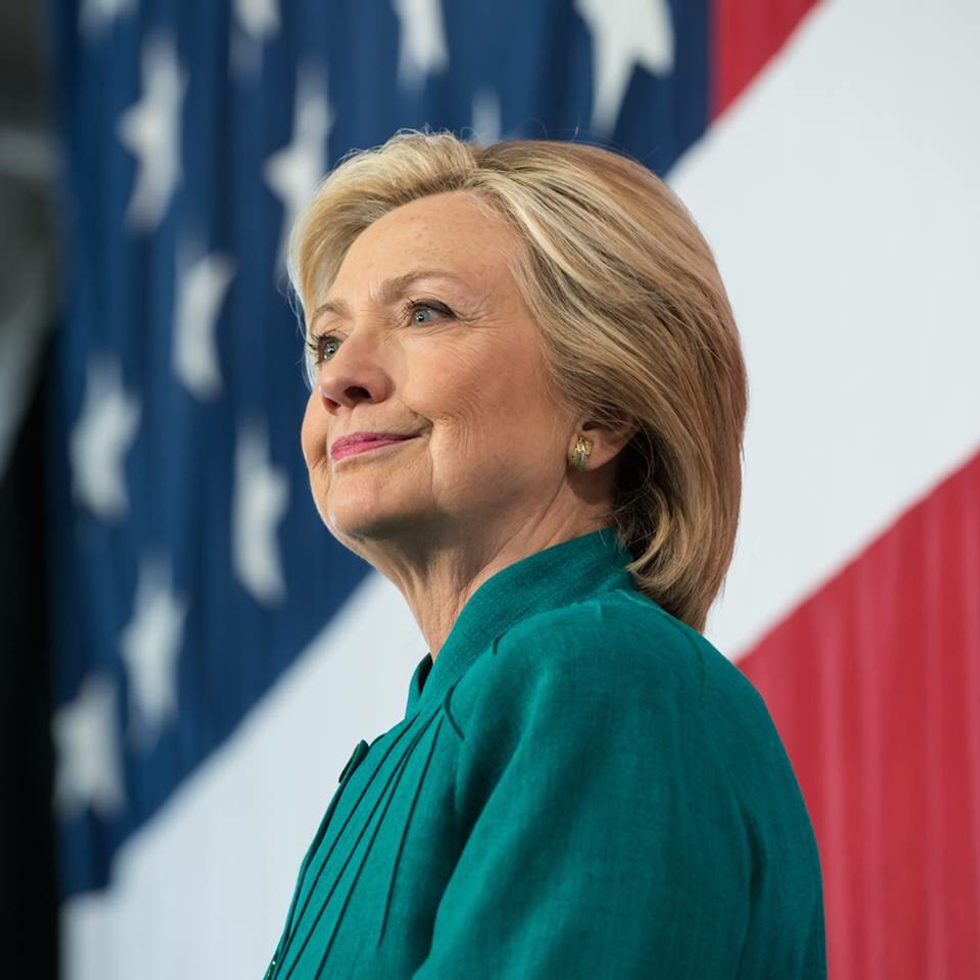 The joke's on Hillary -- she's standing in a secret reversal zone, which means she's bragging about it

Hillary Clinton apologized Tuesday for having used a private email server while she was secretary of state, acknowledging in an interview with ABC News, “As I look back at it now, even though it was allowed, I should have used two accounts. That was a mistake. I’m sorry about that. I take responsibility.”

A weary nation can at last breathe easy again.

Clinton also vowed, "I’m trying to be as transparent as I possibly can.” The Clinton campaign hopes that with the utterance of the magic words, it can somehow recover from the devastating breach of trust that the server incident represents, most of which consists of it having been a thing done while being Hillary Clinton. Several critics have already pointed out that Clinton has not actually apologized for her essential Clinton-ness, and that until she ceases to be so Clintony, she is unlikely to shed the aura of Clintonosity that has dogged her for months.

It was not entirely clear to whom exactly Clinton was apologizing -- possibly the American People, who, outside of those who actually watch 24-hour cable news, have so far resolutely refused to give much of a damn. Especially those Democratic caucus-goers in Iowa. Or perhaps the apology was directed to the universe at large, which responded by making a joke about pantsuits.

In two other recent interviews, Clinton had stopped short of apologizing, telling NBC's Andrea Mitchell Friday that she had not sent or received any classified emails on the private server and saying that because her emails were archived on State Department servers, she had not violated any rules. On Monday, she again told the Associated Press that she didn't feel she needed to apologize because the private server use "was allowed."

It remains to be seen whether the apology will be accepted by The American People, most of whom have a vague sense that Clinton must have done something awful because it's Hillary Clinton. Republicans who have been demanding an apology are expected to say, "Well, thank you, we are now satisfied that you have met this arbitrary benchmark of regret. Now admit that you committed murder at Benghazi." Donald Trump is expected to continue to insist that the email server issue is far more serious than Watergate and to predict that Clinton will be unable to compete in any primaries because she'll be in prison. Then he'll kick a pregnant Mexican woman down a flight of stairs and insist that she tripped, prompting Ted Cruz to call for immigration checkpoints in all stairwells.