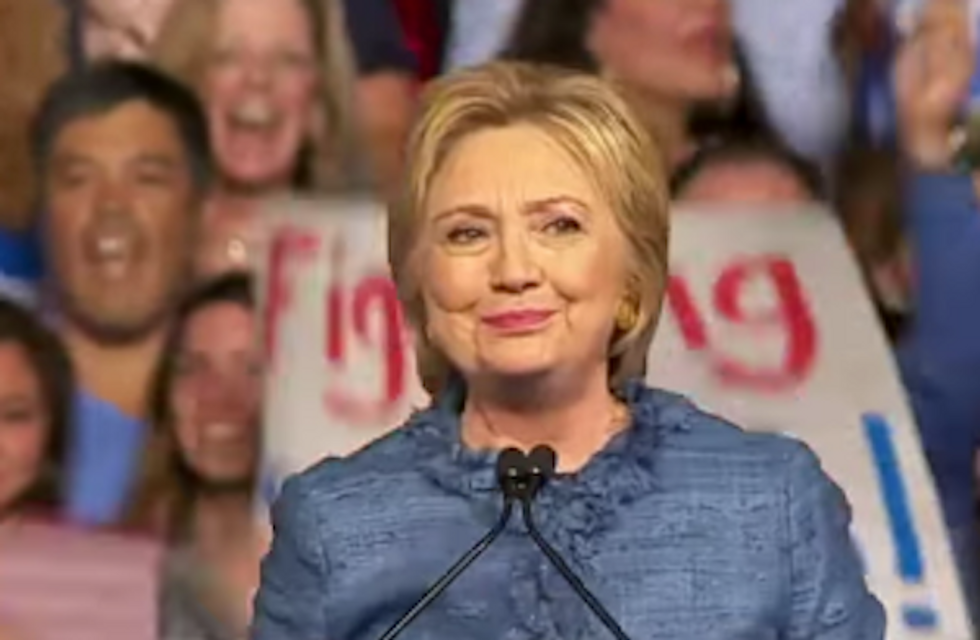 One of the most appealing aspects -- particularly for the young folks -- of Bernie Sanders's campaign was the fact that he wanted to make public college tuition-free, and also to allow those who have graduated to refinance their student loans.

This is a really, really, really good idea. Not just because college is expensive as hell, but also because it's for the greater good of the country as a whole. Not only will we have more qualified workers, but more people will be able to make a living wage and thus pay more in taxes and contribute more to our economy. It will also give hope to lots and lots of kids who may not feel like college is an option for them without going into debt the rest of their lives, which is good and important and necessary! Can't keep saying we live in the land of opportunity if the only people who get opportunities are those whose parents can afford them!

And besides, it's kind of embarrassing when Germany offers free tuition to American students and America does not.

Although Clinton had previously said that she thought Bernie's plan went a little too far, she's now changing her tune and making her own plan a hell of a lot closer to his. And sure, you could say that this is just because she wants to reel in the Bernie voters, but that's not a bad thing. Because it's actually a good thing for people who are running for office to listen to what people want and respond accordingly! Crazy, I know. It's also a sign that she's listening to Elizabeth Warren, which is also a good thing because she is a perfect and beautiful genius lady.

First, although she doesn't plan to make all in-state college tuition free for everyone, it will be free to students whose parents make less than $85,000 a year for the first year, and will then climb $10,000 every year after that, until it reaches $125,000 in 2021.

She also plans to allow graduates to take a three-month hiatus from paying student loans, during which they will not accrue any interest, in order to get their finances together and save up a little. This will cost the federal government approximately $1 billion dollars in interest payments -- however, allowing people to play catch-up could also make it less likely for them to default on their loans entirely, which could lead to more money in the long run.

Additionally, she wants to restore year-round Pell grants so that students can get help paying for summer classes. These are all good things! Because hey, she could have decided to pivot to the center in order to reel in more votes from Republicans and moderates dissatisfied with Trump, and she didn't. So yay!

Donald Trump, on the other hand, actually wants to make it so it's actually harder to go to college if you are poor. Though he hasn't spoken much about his plans for higher education, Sam Clovis, his campaign co-chair, has. He rejects the idea of even free community college, wants banks put in charge of student loans and the government out of it altogether, and wants to force colleges to "share in the risk" of student loans. By the latter, he means only accepting students who are taking on loans to pay for college if they are likely to be able to pay them back, based on the future job prospects of their chosen major. Meaning that colleges would reject applicants who intend to major in the liberal arts in favor of those who want to major in "business, and engineering, and health professions." And he sees this as a plus! Because only students with parents who can pay for their education should be able to pursue any career they like. Meaning that there would be even less opportunity than there already is! Fun!

As a Bernie person, I would like to pooh pooh Clinton's college plan a bit, but I guess it's okay and also Rebecca won't let me. I GUESS HER PLAN IS FINE AND ALSO WOULD BE HISTORICALLY YOOGE, like, bigger than the GI Bill probably, so. I guess that's a lot.