Hillary Clinton Did An Email Thing That May Or May Not Be Wrong, And The NYT Is ON IT 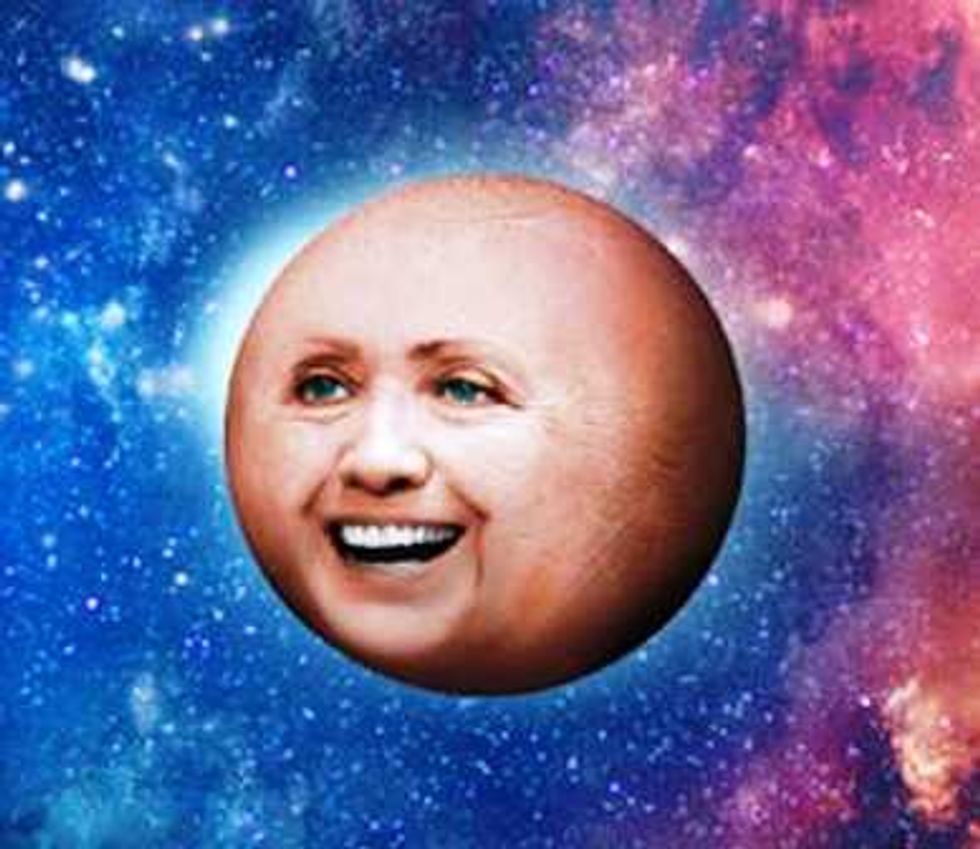 The New York Times reported an explosive breaking exclusive ZOMG! Clinton scandal on Monday night, so turn on the Drudge Siren and grab your splooge sock because CLINTON SCANDAL!!!!

Hillary Rodham Clinton exclusively used a personal email account to conduct government business as secretary of state, State Department officials said, and may have violated federal requirements that officials’ correspondence be retained as part of the agency’s record.

Mrs. Clinton did not have a government email address during her four-year tenure at the State Department. Her aides took no actions to have her personal emails preserved on department servers at the time, as required by the Federal Records Act.

The media and politicos and Twitterati immediately responded with all the measured cautious skepticism we've come to expect in response to any implication of a Clinton Scandal. That is to say, none. Because when it comes to all things Clinton, it's perfectly permissible and expected that we jump straight to the declaration that This Latest Terrible Offensegate is yet more conclusive evidence Hillary Clinton is hiding A Thing: her secret lesbianism or her torrid affair with the Muslim Brotherhood or Vince Foster's body or how she personally did Benghazi to America.

Still, the Times says Clinton may have violated federal regulations, and that's bad, isn't it? Sure. Not that the Times specifies which part of the Federal Records Act she may have violated. But as The Daily Banter points out, the Federal Records Act was passed in 1950 and did not include electronic communication until November 2014, when President Obama signed H.R. 1233 into law, updating and amending the Act for the first time since its passage. That would be after Clinton "possibly" violated the rules. Minor details.

The Times also informs us that Clinton is not the first government official, or even secretary of state, to use her personal email account to conduct official government bidness. Former Secretary of State Colin Powell did the same thing. As for former Secretary of State Condoleezza Rice, there's no mention of her email practices, probably because the majority of her communication was sending love doodles to her "husband" George Dubya Bush.

But, see, this unprecedented-but-precedented practice is an extra-special retroactively possibly illegal offense because a former director of litigation at the National Archives and Records Administration -- who is a Republican by the way, but the Times doesn't mention that because he's probably unbiased anyway and would have no partisan motivation for criticizing Clinton -- says it's real bad:

“It is very difficult to conceive of a scenario — short of nuclear winter — where an agency would be justified in allowing its cabinet-level head officer to solely use a private email communications channel for the conduct of government business[.]" [...]

“I can recall no instance in my time at the National Archives when a high-ranking official at an executive branch agency solely used a personal email account for the transaction of government business,” said Mr. Baron, who worked at the agency from 2000 to 2013.

So then the real issue isn't that a high-ranking government official used private email, it's that a high-ranking official used private email exclusively, when the unidentified code of the Federal Records Act that Clinton possibly or maybe not violated clearly says this is only OK if you do it sometimes, but not all the times. Or in case of NUCLEAR WINTER!

So how did we even find out that Clinton was evading government regulations (or not) by using her private email account? Because Gawker reported on it in 2013, as part of a story about a hacker called "Guccifer" revealing emails between Clinton, from her private account, and former aide Sidney Blumenthal. Gawker pointed out that Clinton's use of a private email account was "not strictly a violation" of federal regulations, as long as those emails are archived. But apparently no one reads Gawker, so that years-old story doesn't count, and Clinton's use of a private email account for government business is new news, which we only learned about because the State Department asked Clinton to turn over her emails, so the department could comply with more recent regulations, which is exactly what Clinton did, after her "advisers reviewed tens of thousands of pages of her personal emails and decided which ones to turn over to the State Department," totaling 55,000 pages.

OK, so we don't know exactly how her advisers determined which emails to turn over and which ones to deem personal and private and not relevant. But hey, it's Hillary Clinton, so we should probably assume the worst. And you know how those Clintons are:

The revelation about the private email account echoes longstanding criticisms directed at both the former secretary and her husband, former President Bill Clinton, for a lack of transparency and inclination toward secrecy.

What does Bill Clinton have to do with this story? Nothing really, but we're pretty sure the stylebook at the Times specifies there's no such thing as a gratuitous dig at the Clintons, whether it's relevant to the story or not. It's always relevant! That's why Maureen Dowd is still on the payroll; she's uniquely gifted at shoe-horning Clinton jabs into any ol' story that is in no way about the Clintons at all.

Anyway, when you remove all the hyperbolic quotes and speculation about "possibly" this and that, and the obligatory reminder that Bill Clinton once lied about a beej #NeverForget, what are we left with? Hillary Clinton did a thing that government officials do that they should not do, which is why there are regulations about that now saying they should not do that. Wow, what a game-changer that suddenly makes all those Republican 2016 hopefuls electable because none of them have their own transparency issue. Like Jeb Bush, who gleefully jumped on the Clinton story Monday night:

Yeah, Jeb's so damned transparent, his campaign team asked its newly hired and then almost immediately fired tech genius to delete some super offensive tweets he'd posted before he'd joined Jeb's team, because if you delete them, it's like they never existed. Transparency!

Anyway, we are sure the various Republican-controlled investigative committees in the House of Representatives will be all over this story, demanding that Clinton turn over every email and sext and thought bubble she's ever had and testifying about what LOLcat videos she forwarded and when and to whom and why, and then we will have all the answers about whether she did a bad thing or an illegal thing or a no big deal thing, or if the truth is somewhere in between, except who cares about the truth, it's Hillary Clinton, who is married to Bill Clinton's lying penis, so CLINTON SCANDAL!!!