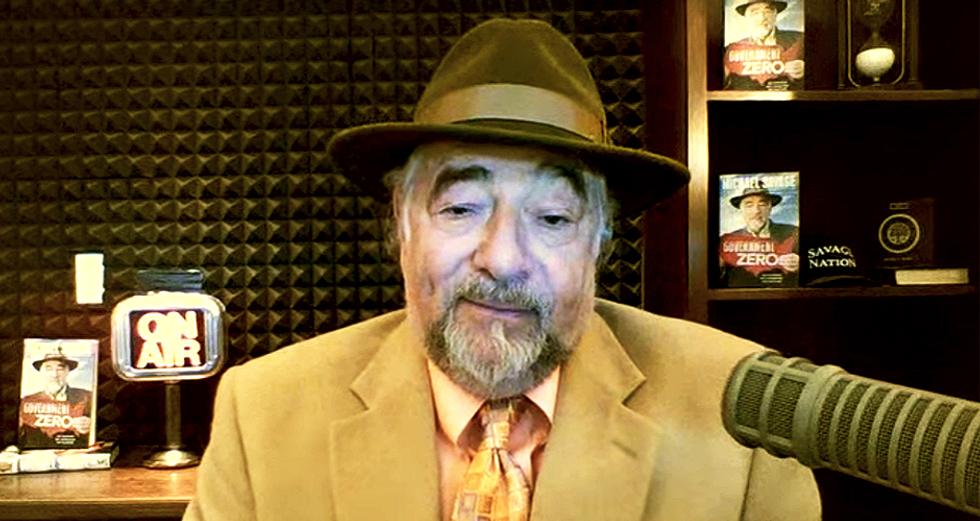 He, and only he, must be silenced.

The following numbered list is a complete accounting of every American who has been silenced, censored, sabotaged or otherwise punished for expressing doubts about Hillary Clinton's health, according to Michael Savage:

Yes, it is finally happening.

After months of gleeful, max-volume right-wing media speculation about Hillary's total physical collapse that's playing out right before our eyes if you just take one second of this video and slow it down just so (and look at that frame, that is definitely delirium tremens from the fetal stem cell withdrawal)...

After doubts about Hillary's body's health's fitness for the presidency went mainstream when she got the wobbles from pneumonia, and everyone wondered whether Hillary was dying right this second, or if she died in 1996 and was replaced by Paul Giamatti...

After Hillary got better real quick and creamed Donald Trump's corn in the first debate...

The crackdown is here... and the Blue Shirts are cracking skulls. Yes, it's true: A single, second-tier ethno-nationalist radio clown had tech issues during his show, and his station temporarily replaced his feed with another show.

In other words, Hillary did it, ergo treason at the roots of liberty and tyrants.

Michael Savage is described in the cited inquisitr.com post as a "conservative gadfly, author, and raconteur who earned a Ph.D. in nutritional ethnomedicine," so it is obvious why the left wing thugs who control everything except big business, industry, finance, the military, or politics would want to shut him down. It doesn't take a nutritional ethnomedicalist to see that Michael Savage, and only Michael Savage, might blow this thing wide open if he's permitted to discuss the medicine Hillary might be taking if she had Parkinson's, after a half hour of speculating that she had Parkinson's:

“I spent 30 minutes talking about Hillary’s health problems; I read you every fact about it. I then read you the pharmacology of Levodopa which is the main drug for Parkinson’s, and right in the middle of that discussion of Levodopa and its side effects, I was cut off across the country,” Savage declared on his show [...]

The common side effects of Levodopa, according to Drugs.com, include:

As any doctor of the healing powers of traditional diets will tell you on the radio (or not!), watching 2 minutes of online video of Hillary definitively confirms the presence of every single one of these side effects. Truly, her sickness is a jackbooted carbuncle on all our freedom's throats.