Homosexual Spotted At Michigan Newspaper, May Be Armed With Agenda, Caution Advised! 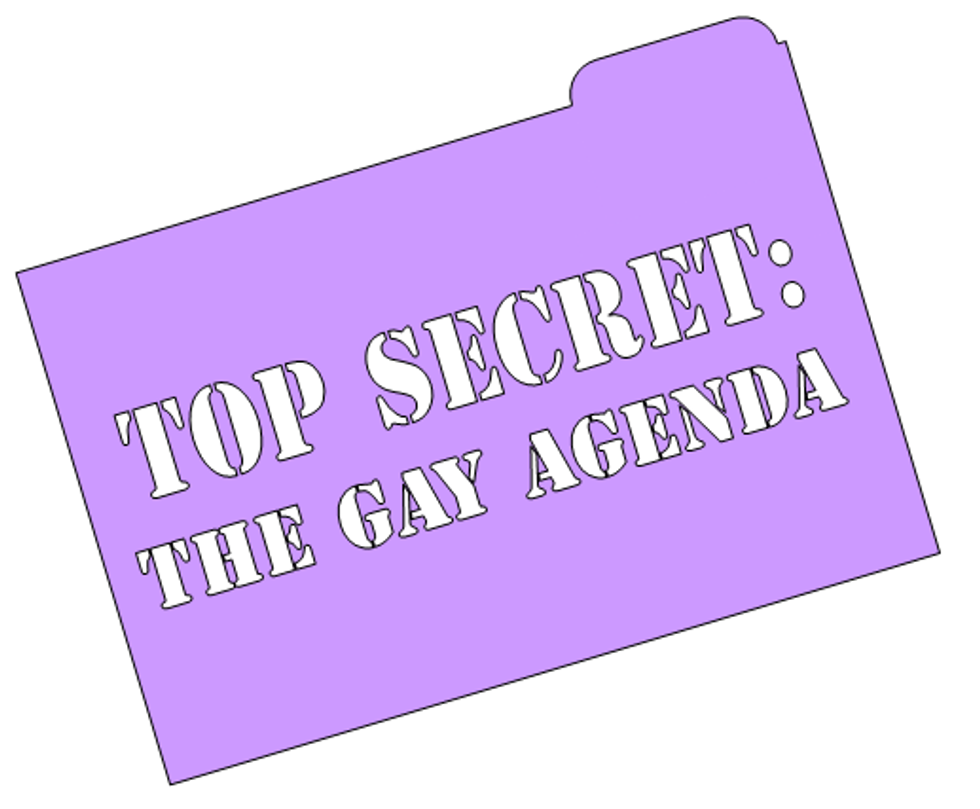 God-bothering Michigan state Rep. Gary Glenn, who is also president of the American Family Association of Michigan, has an ALERT and a DRUDGE SIREN and, hopefully, a SHOCK VIDEO, to share with the people who populate the city of Midland:  There is a homosexual, and he is at the newspaper right now, and even worse than that, they have made him the editor!

What kind of nefarious things must Dave Lascari, the new editor of the Midland Daily News, have done to the newspaper employees, to force them to give him such a lofty position? And what does he plan to do next?!

Glenn tweeted this on March 22:

"I am aware that Michigan Rep. Glenn has issued an 'agenda alert' on Facebook and Twitter to let his supporters know about my marital status," he said. "I welcome him to contact me to speak about any topic at any time. In my new role as news editor at the Midland Daily News I look forward to helping my team produce quality stories that are accurate, interesting and important."

Sure, DAVE, if that is even your real gay name. Tell that to the lowly newspaper employees you're currently forcing to binge-watch every season of RuPaul's Drag Race in the breakroom. Oh, no, they're starting to pick their favorite queens, all of Midland will be infected soon!

Even though much of Michigan has been mocking Glenn, he is not backing down, explaining that it's simply necessary to inform people when there might be a homosexual in their midst:

Glenn pointed to the fact that, in 2004, Midland County "voted overwhelmingly in favor" of the statewide proposal amending the Michigan Constitution to define marriage as between "one man and one woman" only.

That fact, Glenn said, supports him questioning how the sexual orientation of the newspaper's new editor relates to the community's values.

"When it comes to holding people in positions of public influence accountable, the more public awareness, the better," he said.

Wow, 11 years ago 58 percent of the county was against marriage equality? Next he'll tell us that 31 states have overwhelmingly voted to enshrine discrimination in their state constitutions, and completely ignore the fact that there has been a seismic shift in public opinion on this issue over the last decade or so. The latest polling says that 63 percent of Americans support marriage equality, but we're quite sure none of the new supporters live in Midland County, Michigan.

The Southern Poverty Law Center has classified the American Family Association and its state affiliates as anti-gay hate groups. Gary Glenn has been classified as an idiot. The SPLC provides background on Glenn, who has warned in the past that people can die from Second Hand Gay:

For his part, Glenn seems perfectly at home as a state AFA leader. In 2001, he compared homosexuality to smoking, saying, “As with smoking, homosexual behavior’s ‘second hand’ effects threat public health. … Thus, individuals who choose to engage in homosexual behavior threaten not only their own lives, but the lives of the general population.” He made a similar claim in a 2013 film released by Janet Folger-Porter, an anti-gay activist with Faith 2 Action, where he said gay sex will “make them [gay people] die earlier.” And he has supported the criminalization of homosexuality, saying in 2010 that states should be able to ban behavior “that’s a violation of community standards and a proven threat to public health and safety.”

See? He is just trying to protect the citizens of Midland from exposure. Midland has had a tough run these last few weeks. First, a transgender woman tried to change clothes at the Planet Fitness, which terrorized a local butthurt lady so much she's suing for $25,000, and now everybody in Midland might die because Dave Lascari is currently at the paper, doing GOD KNOWS WHAT.

We can only hope and pray hostage negotiators will be on the scene shortly.