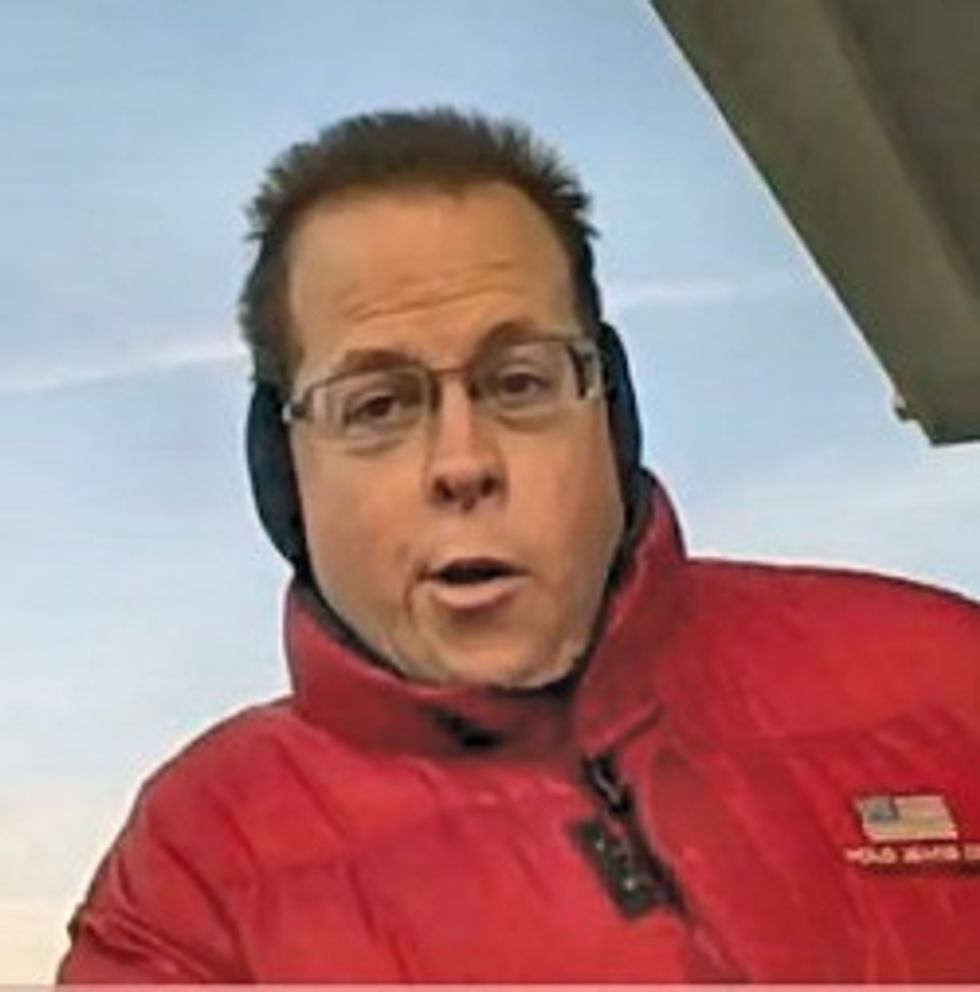 There are two kinds of "gay conservatives." There are the ones who really aren't all that political, but they have really white skin and really big bank accounts and they value their privilege far more than they care about any sort of "little people" cause like, you know, basic civil rights. They vote for Republicans, because they're kind of selfish, but they are also a bit embarrassed about it. Then there are the oh my god, just as racist as any Free Republic-reading mouthbreather, self-loathing,faux-masculine, tinfoil-hat-wearing, misogynistic "think of de unborn babiezzz!" gay wingnuts. These are the folks that broke off from the Log Cabin Republicans to form GOProud, the organization that just this year finally decided to make a half-assed attempt at supporting marriage equality. They have, shall we say, issues. Their internet home is called Gay Patriot, and a large percentage of their posts are about how everybody hates them and they can't get dates or something, because they're wingnuts. This is when they're not defending anti-gay social conservatives against those hateful gays who actually want equality. None of those social conservatives have ever personally beat the shit out of them, therefore they must be better than the mean boys who won't dance with them at the club.

Today, their leader, Bruce Carroll, announced that he is leaving his post on the board of GOProud to go show that paragon of tough guy butchness Lindsey Graham who's really South Carolina's biggest gay wingnut, in the Republican Senate primary.

It is with mixed feelings that I announce my resignation this morning from the gay conservative group GOProud that I helped found in 2009. I was recently elected Vice Chairman of the organization in order to concentrate on expanding GOProud’s chapters and grassroots strength nationwide.

Last week, speculation grew in South Carolina and on social media outlets about my interest in challenging incumbent US Senator Lindsey Graham who has been in Congress for 18 years.

In the spirit of transparency and honesty, I informed my fellow GOProud board members that I could not dedicate the time to the organization while I seriously considered the effort it will take to challenge Senator Graham in the 2014 Primary.

Because South Carolina's Republican Party was just clamoring for an out-of-the-closet Mary to come in and guarantee that Lindsey Graham will get to stay in the Senate with his two best bros, that he loves, in a straight way? Lindsey, you are going to be in the Senate forever.

But, since this development is sure to write many, many, many Wonket posts on its own, let's get to know Bruce, South Carolina's new Not Going To Be Senator Of Anything, Ever, a little better. Who are the real bullies, Bruce? That's right, Dan Savage and the majority of the gay community:

This type of hate speech against one for one’s political beliefs has got to stop. “It Gets Better” only if you are a self-loathing American gay liberal who hates his nation and wants to submit to a Government and surrender one’s identity for The Greater Good, or the Savior Obama. The Gay “Rights” movement is no more than a front for anti-American, left-wing propoganda.

The Gay Left and its twisted principles of “tolerance” are summarized perfectly in this vile piece of garbage written by a bigoted, ignorant, closed minded, half-twit actor with no original thoughts of his own.

Oh, and this: Obama only leading in New Jersey by SEVEN?

It's worth noting that Bruce was originally going full-metal-Starburst supporting "The Herminator" as the future of the Republican party, before that fizzled out immediately.

In summary, Bruce is basically the Gay Jim Hoft, and he's after Lindsey Graham's tail, but it will all be okay because the only thing this will add to the upcoming elections is comedic value/Wonkette posts, and we can sleep tight knowing that Lindsey Graham will keep his Senate seat, tiara and sash until the end of the universe, the end. Now, it's time for him to sashay away, from Ham Biscuits.