Hooray, You Can Write Cusses On Your Traffic Tickets, America F*ck Yeah! 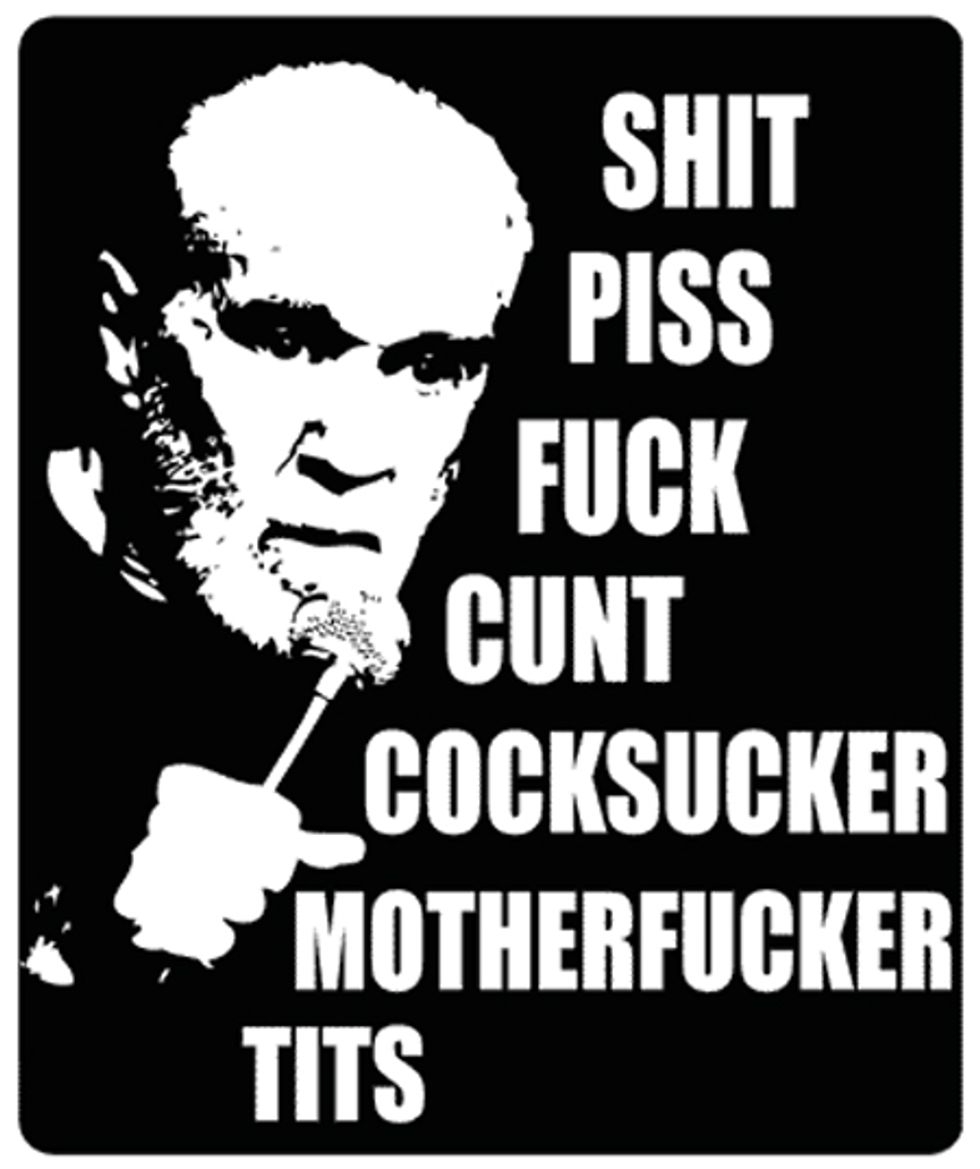 In a victory for the aggrieved and ill-tempered among us, a Connecticut man has prevailed against the prissy shitheads in a New York town who jailed him and charged him under an unconstitutional law because he wrote BAD WORDS on a citation for speeding. And he wasn't even dangling a pair of Truck Nutz from his vehicle. So it's another win for free speech, to which we can only add, America, Fuck Yeah!

The ACLU announced Tuesday that a federal judge had ruled in favor of William Barboza, who in 2012 paid his speeding fine to the village of Liberty, New York, but as a bonus, wrote "FUCK YOUR SHITTY TOWN BITCHES" on the payment form; he also crossed out the town's name and wrote "Tyranny," in its place:

Honestly? The 'Tyranny' part strikes us as excessive and inelegant. Snark points off.

But instead of just rolling their eyes and taking the check, or sending it back with a note that there should be a comma after "town," Liberty officials ordered Barboza to appear in person; when he showed up, he was subjected to a full-on display of judicial Don't You Get Smart With Us, Young Man:

At that court hearing, two police officers acting on the orders of an assistant district attorney arrested Barboza for allegedly violating the state’s former “aggravated harassment” statute. He was fingerprinted, handcuffed to a bench, and then driven to a different court in a separate town, where he was arraigned without a lawyer. He was then taken to the county jail in another town where he had to pay $200 in bail and was only released hours later.

Excellent use of the taxpayer dollar, bitches! And pretty much confirmation that Liberty is indeed one shitty town. The charges were dismissed by a judge in 2013, on the grounds that "the language under the circumstances here, offensive as it is, is protected.” ThinkProgress notes that the law Barboza was charged under was ultimately overturned by the Court of Appeals of New York in 2014 for being unconstitutionally broad and vague.

Barboza sought the help of the ACLU and sued the village, assistant D.A. Robert Zangla, and the two cops who'd arrested himd him, claiming that they had violated his First Amendment rights -- one of the rare times that the ACLU actually has mounted a direct judicial action against Liberty in the cause of Freedom and Justice. Last Thursday, federal Judge Cathy Seibel ruled in Barboza's favor, agreeing that the Zangla could be held liable and that the village had done a shitty job of training its police officers, for which it now must stand trial. Further proceedings will determine whether Zangla and the town will have to pay damages; since the cops were acting under Zangla's orders, they were not liable.

So there you go. Justice, motherfuckers.