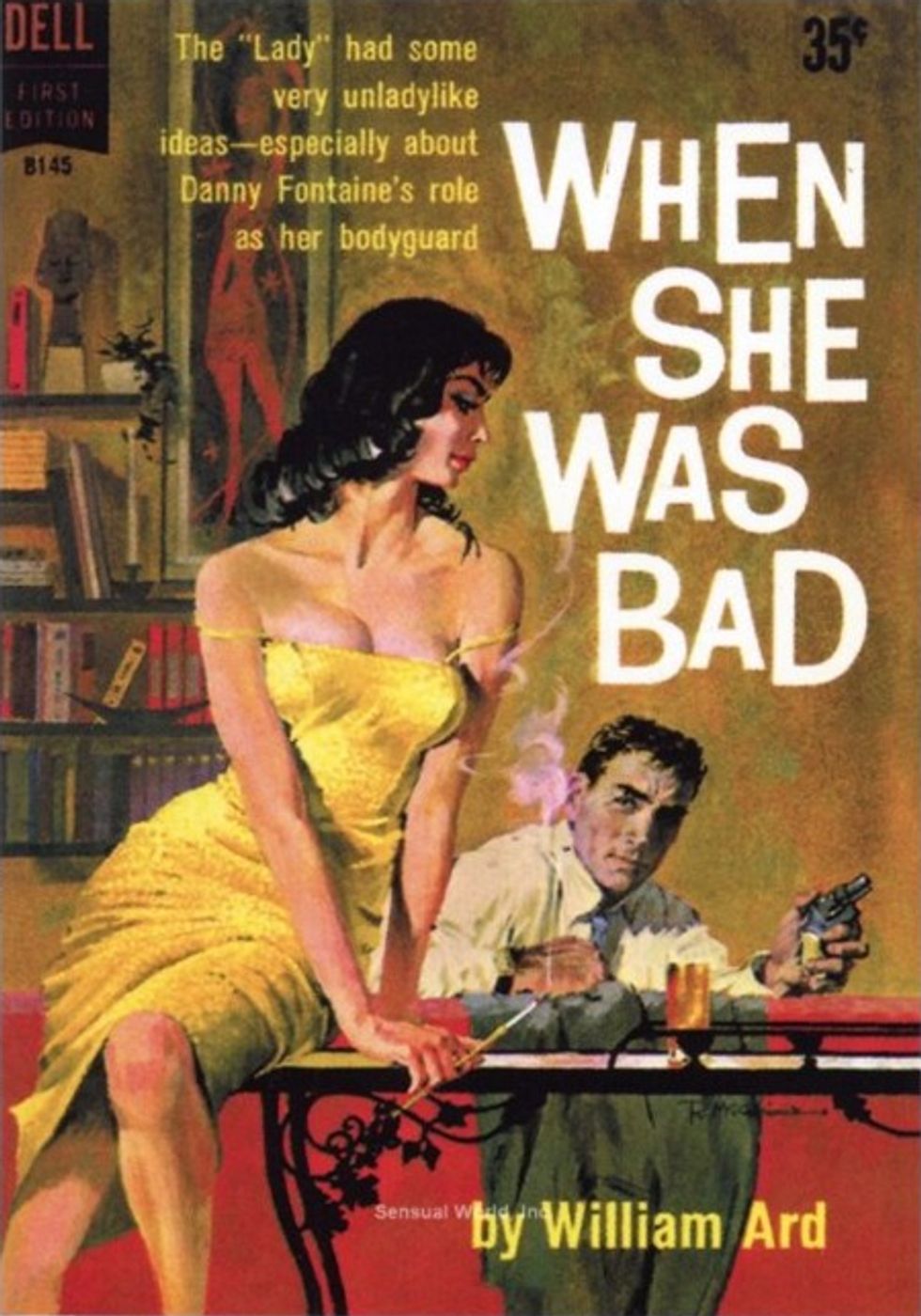 Oh, no, Ms. Gamrat, you couldn't quietly fade away. You had to keep us searching for more pulp novel covers, didn't you?

For your "gluttons for punishment" files, we present the latest dispatch concerning former Michigan state Rep. Cindy Gamrat, who was expelled from the state House less than a week ago and has now filed to run in the special election to fill her former seat. Hey, what the hell, why not? This time, she promises not to boink any of her fellow legislators. Cross her legs and hope to die, 50 needles in her eye.

Perhaps the Detroit News, which originally broke the whole weird story, can tell us why a disgraced "family values" tea partier thrown out of the legislature for extramaritally caucusing with her crazy colleague would subject herself to a special election that's likely to fail, not to mention draw a lot of snarky attention from asshole lefty bloggers:

Gamrat confirmed she filed to run in the special 80th House District Nov. 3 primary after praying and consulting her family. She said she received an outpouring of support in the district -- including a hug from a jogger recently -- which influenced her decision to try to win back her House seat.

“She felt bad for what I had been put through and thought God still had a plan for me,” Gamrat said.

Oh! So, rampant untreated narcissism, then! Nobody else could possibly do the job that God sent you to do, so you need to finish your mission and make Michigan safe for Christians and stuff. Got it. Besides, Gamrat has another compelling reason for seeing if she can win the seat back, besides having already locked up the coveted jogger endorsement:

"I’ve always maintained that I thought the decision should be up to the voters,” not the powers-that-be in Lansing, she said. “I think that they ought to have a voice in this matter.”

Also, she's probably ordered herself a copy of The Psychopath Test to screen any potential paramours next time.

Gamrat's partner in stupid, Todd Courser, who resigned rather than wait to be expelled, hasn't decided whether to run for his own former seat. He told a public TV station that his wife would be the one to decide whether he should return to servicing the public or anyone else:

“Really we’re walking through, trying to do the healing,” the Lapeer Republican said in an interview that will air on television Friday. “I have not made a decision.”

“I’m not leaning. You look at it every day -- kind of like the expulsion. ... I’m just still trying to get up in the morning, how’s that? There’s a lot of personal turmoil.”

Still, you never know what God might tell him to do, so don't be too surprised if we hear from this idiot again.