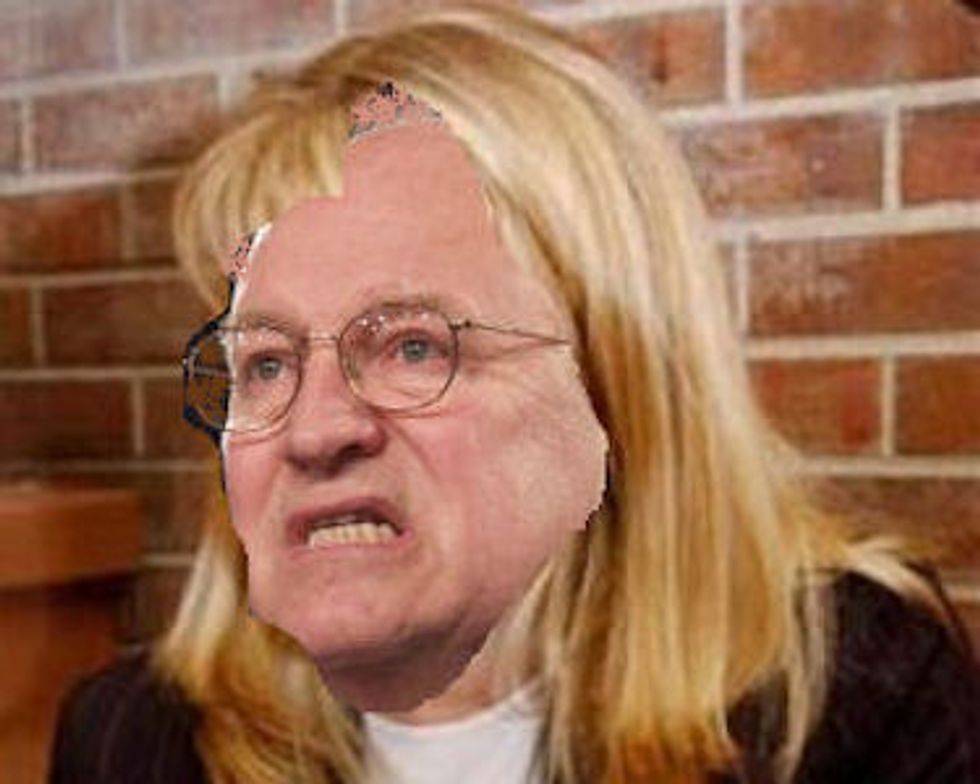 Before repeatedly using his deal with Satan to cheat death, former Vice President and It’s A Wonderful Life villain Dick Cheney brought spawn into the world and it immediately began saying horrible things that are false and stupid.

Today, Liz Cheney appeared on ABC’s This Week to complain about President Obama not doing enough on national security and foreign policy, because apparently she’s unaware of that whole Osama-bin-Laden-totally-got-himself-shot-in-the-face-on-Obama’s-command thing. In doing so, she also revealed that she herself has no idea what the hell she’s talking about and also hasn’t played Risk in the last 20 years. Cheney claimed that Obama has “abandoned some of our key allies like Israel, Poland and Czechoslovakia.”

Being a complete moron is apparently Cheney’s forte. Back in July, she actually said that wolf murderer and newspaper expert Sarah Palin is “more qualified than Obama and Biden combined” to run the country. Sarah Palin isn’t qualified to run a dishwasher, let alone the country. Good one, Liz!

While Obama is out improving our relationships with Czechoslovakia, he should also work on improving relations with some of these nations, which he has let slide:

Get on that, Barry. The election is coming up.