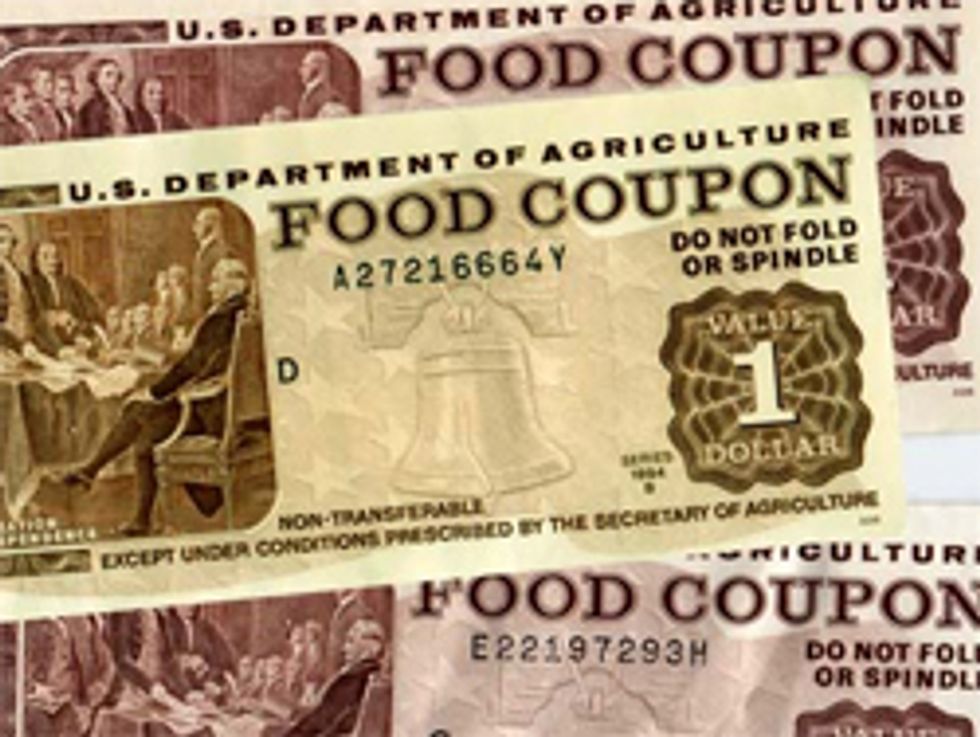 We had a good laugh when House GOP leadership put the 2013 Farm Bill up for a vote, certain it would pass, but whoops, it failed instead! In thevery embarrassing aftermath, Eric Cantor was like, “It’s the Democrats’ fault that we can’t govern!” because they “promised” 40 votes they didn’t deliver, and Nancy Pelosi was like, “I didn’t know leaking nutsacks could talk, beeteedubs do you miss me yet, Amerika?” And Amerika said “I don’t know who you are, did you hear about Paula Deen? Love her.”

So the House GOP’s next bright idea is to go King Solomon on the Farm Bill, splitting off the part that’s full of awesome, market-distorting socialist bailouts and goodies for Farmer-Americans and passing that (because Republicans think socialism is bad unless it's the kind that helps them win elections), then maybe they’ll get around to gutting food stamps. So what’s gonna happen? Let’s Game It Out!

Rep. Collin Peterson, the ranking Democratic member of the Agricultural Committee, thinks splitting the measure will initially attract more Democratic support because such a bill would not explicitly cut food stamps at all. But he thinks it would ultimately die in House-Senate conference because House Republicans, who rejected the first Farm Bill over a too-small $20.5 billion cut to food stamps, would never accept the Senate’s pathetic $5 billion in cuts. C’mon, Senate, don’t you know that starving, desperate people are cheaper to employ AND more tolerant of abuse? That’s just ekonomiks, doodz.

But who really knows? This Congress is full of surprises. We think we trust Harry Reid not to bring a food stamp-less Farm Bill up for a vote, because he damn well knows the House won’t settle for a mere $20 billion in cuts to the nearly $750 billion food stamp program if it isn’t welded to pork they need to bring home in order to remain in Congress. But Harry has let us down before. And we’re just waiting for Obama to get involved, insisting he’d veto any bill with less than $100 billion in cuts to food stamps and demanding thrice daily force-feedings for all non-gay Americans.

Ultimately, there will be a big fat Farm Bill that lavishes lots of your money on Archer Daniels Midland while cutting food assistance for kids who grew up like yr Wonkette; that is to say, non-rich. We know first-hand why Republicans want to cut food stamps: Once you savor your first bite of government cheese, you’re far less likely to irrationally hate the government for its imagined inability to do anything right. That and tax cuts, they have to come out of someone’s ass, so why not poor children? Actually we should say: We know first-hand why strategically-minded Republicans want to cut food stamps. There are other reasons that are completely irrational. Like, people stop wanting to be rich when they get a small amount of free food. Bootstraps!