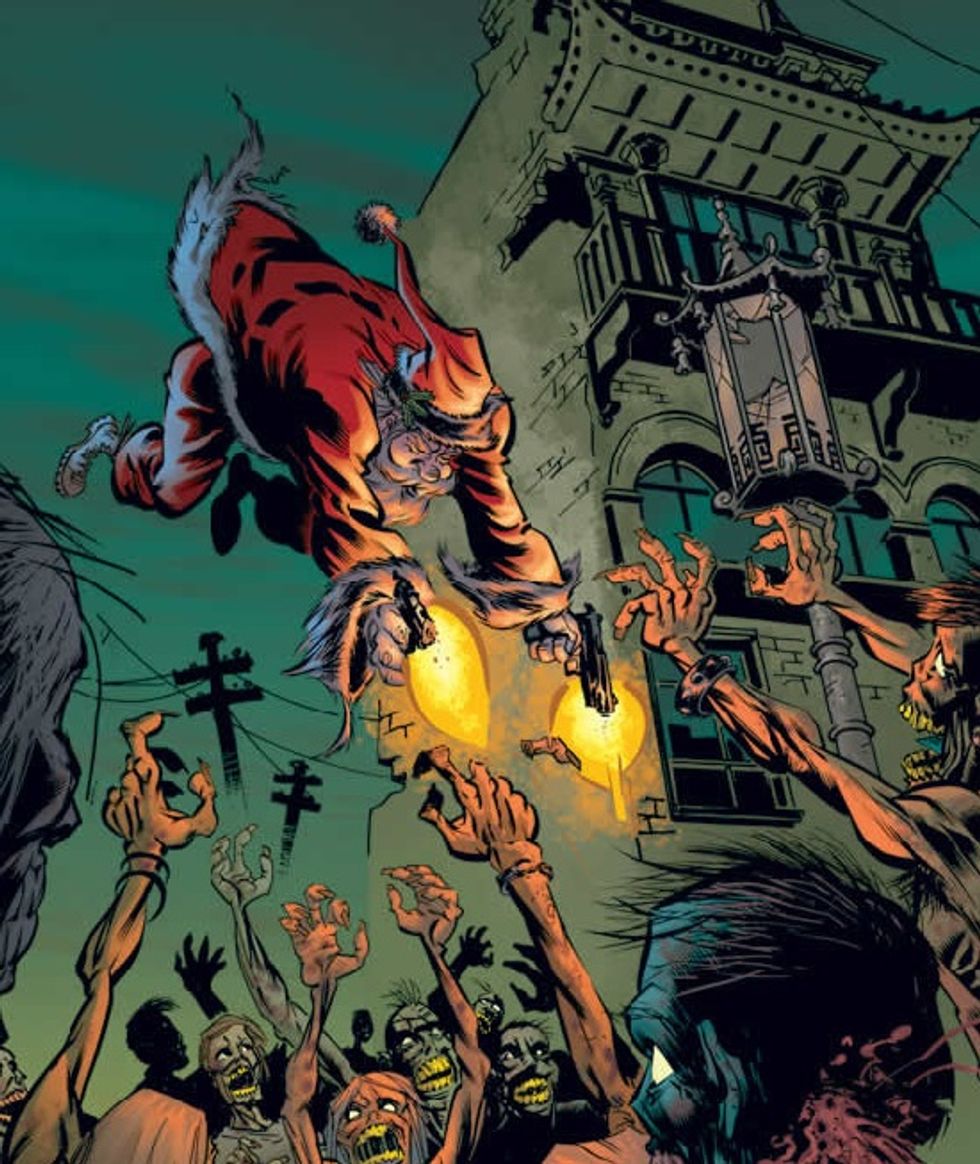 The House of Representatives -- we thought they went home, for godssakes! -- is considering anonbinding resolution that "strongly disapproves of attempts to ban references to Christmas." This vital bit of stance-taking allows its 36 co-sponsors -- including two Democrats, so bipartisan! -- to make it clear to the American public that they are utterly opposed to the widespread perception that someone, somewhere, is banning Christmas. Because while it's not really happening in any systematic way, they certainly wouldn't want their constituents to think they were for it, after all.

West Virginia's Nick Rahall, one of the two Democrats cosponsoring the resolution, said,

to substituting time-honored greetings like 'Merry Christmas' with empty phrases such as 'Happy Holidays' -- I say 'bah humbug.' There's nothing wrong with publicly recognizing the religious nature and true meaning of Christmas, especially for a nation like ours founded on the principles of religious freedom and free speech."

OK, so there's one culture-war issue off the re-election checklist. Now, time to say something about saving our children from Common Core.

Also, too, Colorado Rep. Doug Lamborn, who introduced the resolution, explained the very clear and present danger faced by Christmas:

"The Founding Fathers never intended for references to God and religion to be prohibited in civic dialogue. Despite this, our freedom to fully recognize Christmas is being attacked by a vocal and litigious minority," Lamborn told ABC. "That is why I have introduced House Resolution 448, a bipartisan effort... calling on Congress to protect the traditional symbols of Christmas for use by the vast majority of Americans who do acknowledge the holiday."

You have probably noticed how, even though today is Christmas Eve, absolutely no one feels safe to mention Christmas in public due to the oppressive lawsuits and vocal outcry from a tiny radical minority somewhere that has censored all mention of Christmas and Jesus and Christ and the Baby Jesus, son of God, who was born in a manger on Christmas Day. But really, even though nary a peep has been heard about Jesus God Merry Christmas Hallelujah, it actually does occur tomorrow. You should probably make a note of it somewhere.

And try to have a merry Christmas, even though saying "Merry Christmas" is now starting to feel almost as tainted by aggressive assholishness as wearing a flag pin.