House Majority Whip Once Spoke At White Supremacist Convention, Is That A Big Deal? 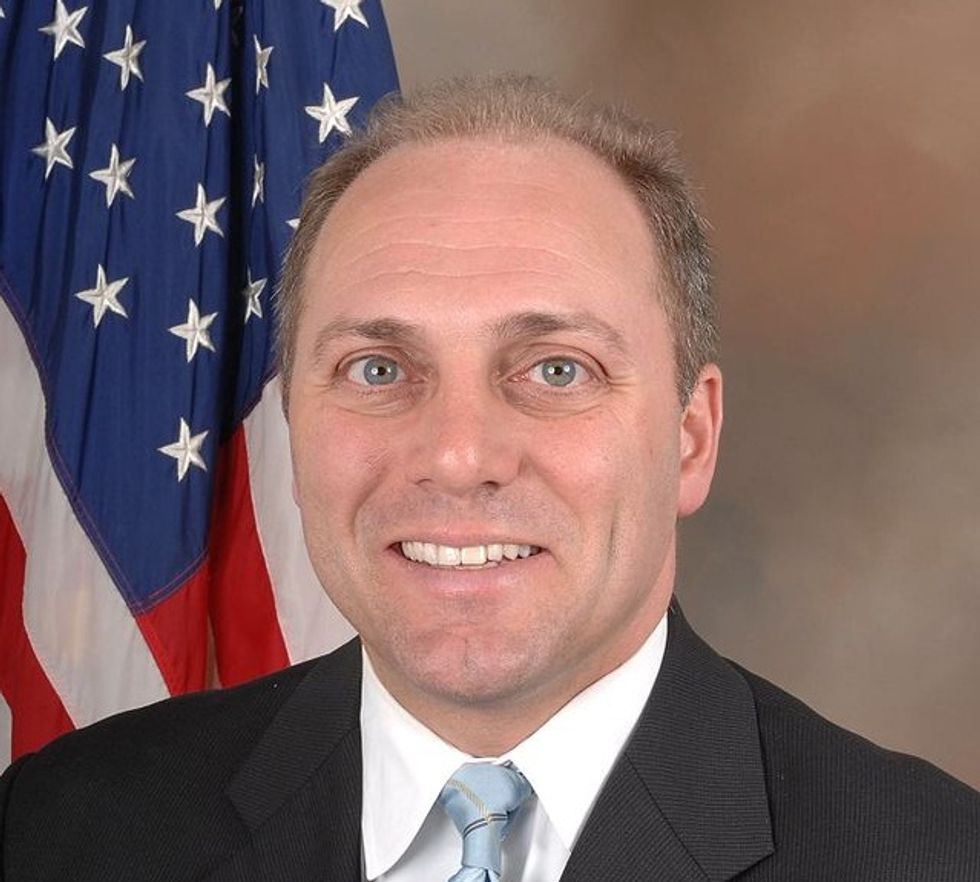 We hope Rep. Steve Scalise (R-Land of Bobby Jindal) enjoyed his six months as House Majority Whip, because we have a feeling his glorious reign is coming to an end. Call it unfair if you must -- and if you’re super blogger Chuck C. Johnson, apparently you must -- but when you get busted for having once been the featured speaker at a convention of white supremacists and neo-Nazis, resigning your post as the third-highest-ranking Republican in the House of Representatives feels like the natural next step.

We have Louisiana blogger Lamar White Jr. to thank for this hilarious news. The ironically named White dug deep into the archives of noted white supremacist site and Aryan mommyblog Stormfront and slogged back out of the swamp apparently unharmed and bearing the juicy news.

It was an ambitious undertaking for the fledgling organization, a truly international conference. The organization was named, innocuously enough, EURO, an acronym for European-American Unity and Rights Organization, and its leader was a man named David Duke. Duke, a former grand wizard of the Ku Klux Klan, former Louisiana State Representative, and former Republican candidate for Louisiana governor, was attempting to rebrand his movement into something more palatable and less incendiary, and the ambiguous-sounding EURO seemed to do the trick.

But make no mistake: EURO was and still is a recognized hate group. It espouses and promotes racist, bigoted, anti-Semitic propaganda and considers the “white race” to be genetically, culturally, intellectually, physically, and spiritually superior to all others.

All together now: They seem nice!

Scalise was a second-term member of the Louisiana House of Representatives at the time, having been first elected in 1995. According to the Stormfront archives, he spoke to the convention on the subject of graft and slush funds in the Housing and Urban Development Department, which he called a scam to give taxpayer dollars to “a selective group based on race.” Hmmm, what racial group could he have been talking about? It’s a dilly of a mystery.

Scalise’s defenses of himself today, from both his spokeswoman and anonymous allies, have been all sorts of hilarious. Among other excuses, someone told Robert Costa at the Washington Post that Scalise at that time was “poorly staffed” and just super busy running around Louisiana talking to any group that was open to hearing his arguments for curbing state spending. Give the guy a break, folks, he had only been in the Louisiana House for seven years. You can’t expect him to have figured out how to sufficiently staff his office and hire some advance people in that time!

His spokeswoman, who does not at all sound desperate, told the WaPo:

He has never been affiliated with the abhorrent group in question. The hate-fueled ignorance and intolerance that group projects is in stark contradiction to what Mr. Scalise believes and practices as a father, a husband, and a devoted Catholic.

The Catholic bit is a nice touch, since the KKK hates those pope-loving Christian race traitors. But white supremacists will listen to a Catholic if he tells them black people are stealing all their monies, we guess.

Plus, as a Republican in Louisiana, how could you expect Scalise to have ever heard of David Duke, who had left the Louisiana House a couple of years before he was elected anyway, and was Grand Wizard of noted Democratic organization the Ku Klux Klan? It wasn’t as if the guy had ever gotten national attention by running for president or anything.

Seriously, Scalise was so concerned with state spending that he felt as if making Martin Luther King Day a state holiday was a distraction, which is the only reason he was one of only six members of the Louisiana House to vote against doing so in 2004. If the 90 members who voted in favor of the holiday want to waste their time on such nonsense, that’s their business.

You got us there, Chuck. No one made a big deal about Obama spending 20 years in Jeremiah Wright’s church, either.