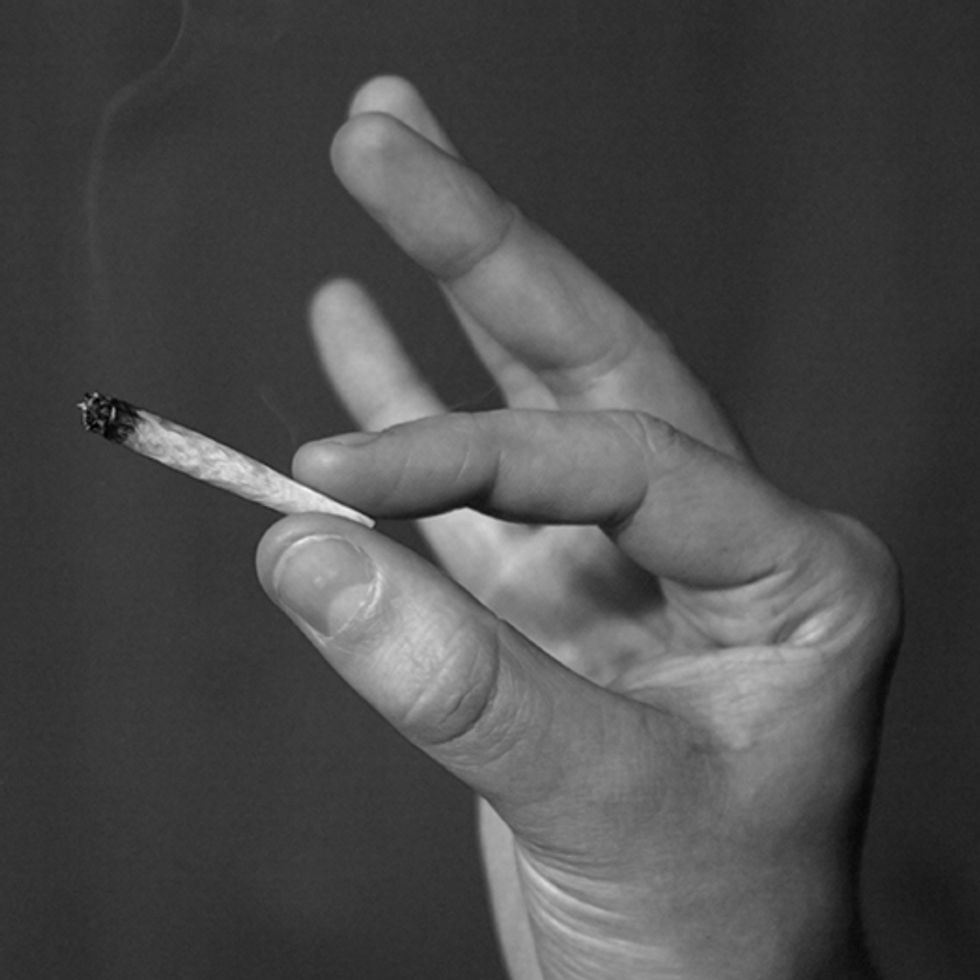 After coming back from a five-week "district work period" for eight action-packed days of legislating, members of the House and Senate went slinking out of DC on Thursday while mumbling over their shoulders that they'd be on email if anything should come up before the midterm elections. No worries, since all the important stuff got done: both chambers passed a stopgap funding bill to avert a shutdown showdown until just before Christmas, Trey Gowdy got to have all his friends over for his Benghazi Party, and the House of Representatives even found time to pretend they banned people who get government assistance from buying marijuana in those heathen enclaves where such a thing can be done legally.

The "No Welfare for Weed" bill aims to prevent recipients of Temporary Assistance for Needy Families (TANF) from using government-issued debit cards to purchase marijuana or withdraw cash from ATMs in stores that sell it and, like much of what the House Republican caucus does these days, it will have no tangible effect on the world outside of the House floor. Senate Majority Leader Harry Reid must be content to let this threat to the nation go unaddressed, since Sen. Jeff Sessions has not gotten a vote on his own version of the bill, even after he gotcha'd the HHS Secretary into admitting that it was totally allowed for poor people to use welfare bucks to buy their weed.

House Republicans can always be counted on to take a stand, in the name of Upright Americans, against the scourge of sinful behavior among the lower classes. People with TANF benefits have already gotten helpful guidance from Congress to avoid blowing their money at liquor stores, casinos, and strip clubs, but poor people in Colorado and Washington State could be charging marijuana to the government right this very second. We can only hope that a Republican-controlled Senate will get on this in January, right after repealing Obamacare.

If No Welfare For Weed is eventually signed by the president, it will not actually prevent TANF money from being exchanged for legal marijuana, since the cards can still be used to get cash at most ATMs outside of morally questionable establishments. Republicans have not yet developed the technology to put tracking chips in all the taxpayer-funded greenbacks that poor people get so some welfare money could, in theory, be used to buy a legal product of which Republicans disapprove. (If only they'd listened to Russell Pearce and decided to drug-test all of them!)

The real question here is: why do House Republicans hate sober children, low crime, and strong economic growth? In Colorado, 100% of the pot shops state authorities tried to "sting" refused to sell marijuana to underage people, a record we're betting the holders of the state's liquor licenses couldn't match. Overall crime is down 14% there since marijuana was legalized, in spite of pre-emptive fearmongering by law enforcement. And Denver Broncos quarterback Peyton Manning says business is booming at the Papa John's franchises he bought in Colorado right before the law went into effect, showing once again that smart money always bets on stoners being both hungry and lazy.

When even bad-trip-haver Maureen Dowd is engaging in exposure therapy with Willie Nelson and sounds ready to give weed a chance, it might be time for House Republicans to take a long weekend in Denver for a fact-finding junket. Willie's bus is ready to receive your delegation anytime.