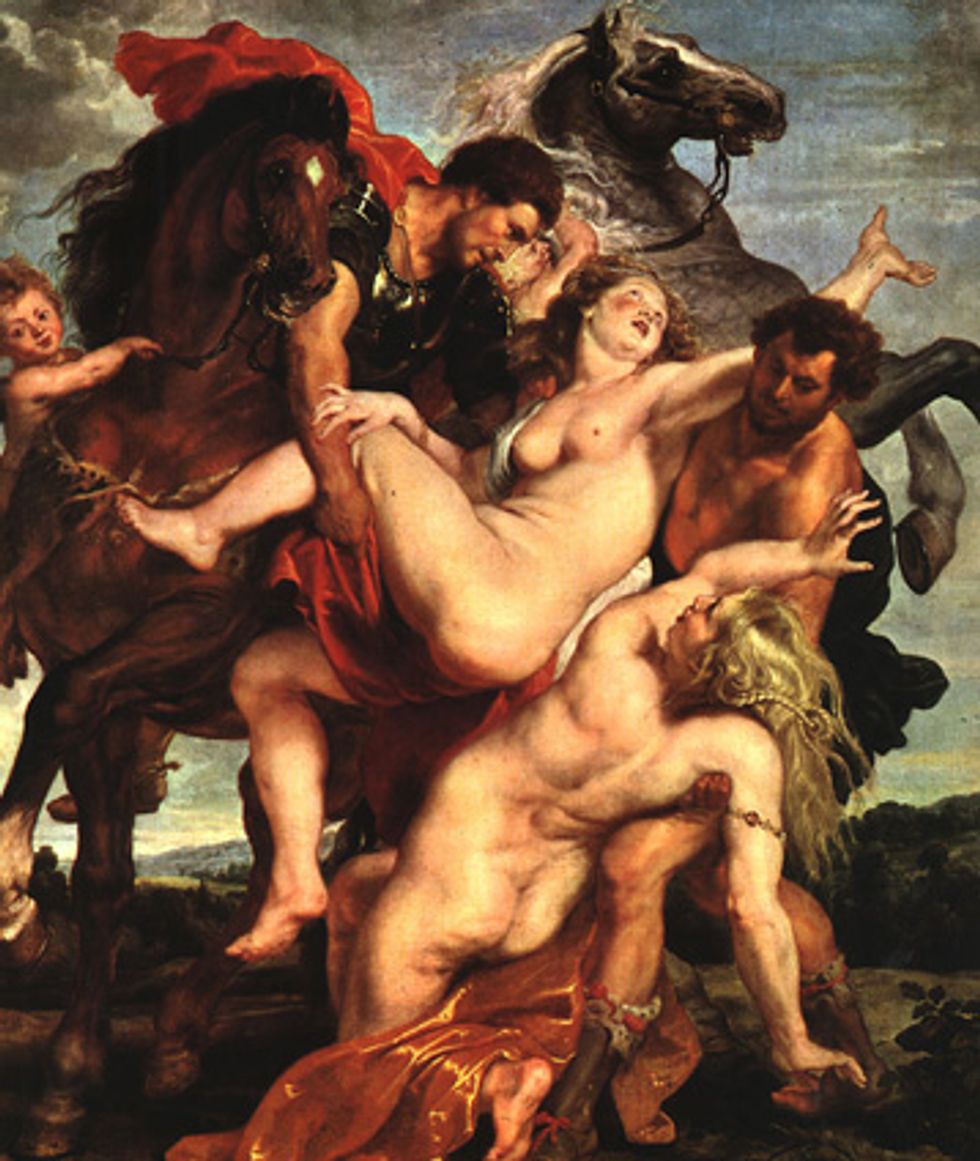 House Republicans havegiven up their noble battle to change what counts as rape in their latest proposed bill to ban federal funding for abortions (except, as it has always been, in cases such as rape). It's a cowardly compromise that upsets a proud nation of people who all hope one day they too will be roofied and copulated with and be told it's not legally rape. But you know how women's groups are. They see the words "forcible rape" in a piece of legislation and want to ruin the fun of our most creative rapists, those who dare to dream of having a "Sputnik moment" with a woman in the nightclub bathroom.

"The word forcible will be replaced with the original language from the Hyde Amendment," Jeff Sagnip, spokesman for bill sponsor Chris Smith (R-N.J.), said. One senior GOP aide told Huddle it's a no-brainer to get rid of the modifier. "Such a removal would be a good idea, since last I checked, rape by definition is non-consensual," the aide said.

Yeah, Republican aides have to check the definition of "rape" pretty often for some reason. Weird. [Politico]