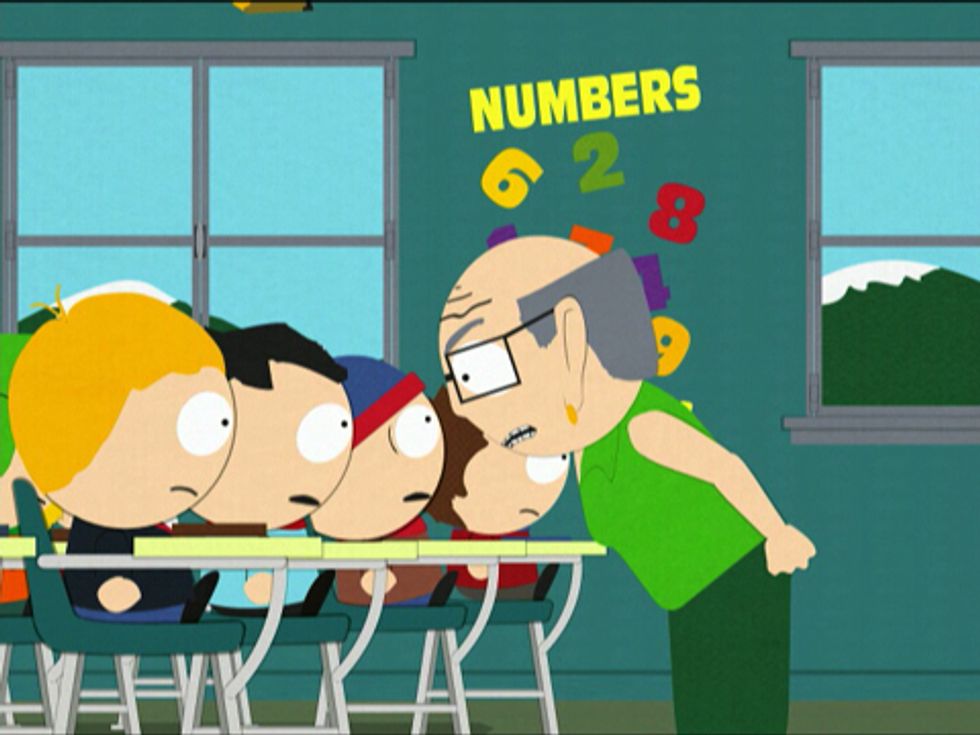 Teacher will tell you what your name is

It's a real shame Houston just voted against an ordinance to protect people from being fired just for bein' who they are, innit? This poor lady, Madeline Kirksey, says she was unfairly and illegally fired from the Children’s Lighthouse Learning Center in Katy, Texas, just for bein' who she is: a transphobic piece of UGH, whose "religious convictions" prohibit her from addressing a six-year-old transgender student by his preferred name:

Kirksey says she was unable to give her approval to the change in gender identity because of her religious beliefs and was promptly fired.

Not that the child's parents, who supported the decision and requested that the daycare's staff respect the child's wishes, ever asked for Kirksey's "approval." Just for her to, you know, not be a dick by calling the child a name he didn't want to be called.

Kirksey has already lawyered up with this dude, Andy Taylor, who also represented the same crybaby pervs who sued to stop the city from implementing the Houston Equal Rights Ordinance, because gawd have mercy and OH THE HORROR, what if the person in the bathroom stall next to yours is making a tinkle with a who's-your-daddy that doesn't look like the one stanking up your Underoos?

We almost admire the unapologetic chutzpah of attorney Taylor, first suing for his clients' right to fire people, or evict them from their homes, because EWWW ICKY GAY REASONS, and then filing a suit with the Equal Employment Opportunity Commission on behalf of his "unfairly" fired client. Our hats off to you, sir, for them big brass down-theres you got in your Underoos!

Heroic esquire Taylor said in a statement that his client "has paid the price for standing her ground in defense of all her children at Children's Lighthouse." Which is HI-frickin'-LARIOUS because this is apparently one of those unique situations where it is the role of the school to interfere and tell the parents what is best for the students. But per Taylor, Kirksey was simply exercising her religious right to protect "her children" (puh-lease) from what amounts to "child abuse," by allowing him to identify as a boy.

As further evidence that this is all about looking out for the child and his best interests, Taylor explained that the kid is a confused little lying so-and-so anyway:

He said the child continued to use the girls' bathroom. The 6-year-old also played football with the boys and, when hit hard, cried and said, "I'm really not a little boy."

Awww, doesn't that give you night sweats right in the cockles?

As if Kirksey's religious beliefs that God said "No name changes, unless you are a lady getting hitched, and then you'd damn well better" weren't persuasive enough, the child's name change unleashed all kinds of chaotic unholy hell on the poor simple-minded employees of the Children's Lighthouse Learning Center, which claims to be "the leading values-based educational child care system in the U.S." (Feel free to speculate wildly about what that means.) The child's decision to go by a name that didn't match match his Official Legal God-Given Name on his permanent record created "a real issue" for the school staff, who has never had to call any Robert "Bobby" or any William "Billy" or any Mary Catherine Margaret "Maggie." Or any Willard "Mitt." Or any John Ellis Bush "Jeb." Or any Cletus "Cletus." Et cetera and so on and you get the idea.

Taylor has also noted that Kirksey is an African-American woman over the age of 40, but if you think those factors -- rather than her "religious beliefs" that she will call children whatever name she damn well wants to -- are their main legal argument, we have a terrific bargain on a bridge we'd love to tell you about.

Jamie Izaks, a spokesperson in the corporate office of the Children's Lighthouse Learning Centers, would not comment on the case or confirm that Kirksey was fired for being a dick to a child -- something about the children's privacy, pfffft. As if Kirksey and her attorney aren't already looking out for the good of the children.

There's no GoFundMeWithBigotBucks set up, yet, but we reckon it's just a matter of time.