How Bad Did Trump Just Screw Transgender Kids? Well What Had Happened Was! 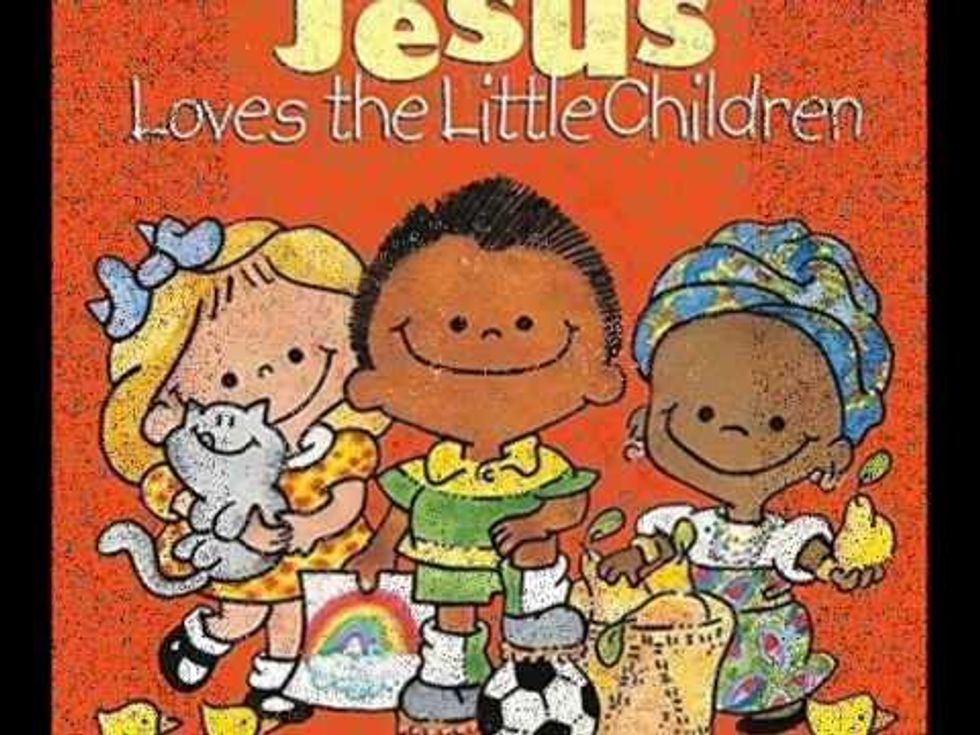 But not the transgender ones, according to the Trump regime

We reported at you Wednesday that the Trump regime was about to rescind the nice guidance the Obama administration had issued on how to be nice to transgender kids and let them pee in peace and not get beat up in school. This was very important for Trump to do, because you see, a lot of religious bigots got behind his candidacy, even though he is a thrice-married adulterer who grabs chicks by the pussy, so he has to pay them back for their loyalty. It's also important because OUR WIVES AND DAUGHTERS!

In Wednesday's post, we also reported that Education Secretary Betsy DeVos had surprisingly fought against Attorney General Jeff Sessions's deep and abiding desire to hurt LGBT people, that she didn't want to go along with the Trump regime's order, and that she had pushed for it to have more inclusive language. It was a pleasant surprise to hear! It's not like we now think DeVos is going to be a good Education secretary or anything, but we're glad to learn she may not be the raging bigot the rest of her family is on LGBT issues.

Well, the Trump order came to pass late Wednesday, and it's pretty much what we expected. It takes away all the Obama guidance, says it's just not sure Title IX prohibits discriminating based on gender identity, even though that, by definition, is discriminating based on gender, and says the Justice and Education departments want to "more completely consider the legal issues involved," presumably so Jeff Sessions can figure out a legal argument for why removing protections from trans kids so they're more vulnerable to bullying, abuse and suicide attempts is exactly what Redneck Alabama Jesus would want.

The new guidance does include this line, though:

Please note that this withdrawal of these guidance documents does not leave students without protections from discrimination, bullying, or harassment. All schools must ensure that all students, including LGBT students, are able to learn and thrive in a safe environment.

That's ... nice? And kind of milquetoast? It's sort of the same argument religious right activists have always used when fighting against anti-bullying policies protecting LGBT kids. They're always like, "Well surely ALL KIDS should be protected against bullying, but can you please leave a loophole where we can tell gay kids they're going to hell?" But hey, maybe that's as good as Betsy DeVos could get! After all, she's a woman in the Trump administration, and Trump doesn't respect women, and we're pretty sure the Jeff Sessions version of the guidance would have required LGBT kids to undergo electroshock therapy during gym class, so maybe she did as much as she could!

As the Washington Post explains, DeVos was forced to get in line with Trump and Sessions, and Press Secretary Sean Spicer said she "100%" agrees with the guidance as it was issued. She issued her own statement that said, in part, "This is an issue best solved at the state and local level. Schools, communities, and families can find — and in many cases have found — solutions that protect all students.” That, of course, is bullshit. Berkeley or Brooklyn might find a solution to protect ALL students, but it's well known that Cousinfuck, Alabama, which is (ALTERNATIVE FACT) where Jeff Sessions was conceived, tends to have to be forced with a gun to its head to conduct itself in a civilized, educated, and loving manner. It's very hard to protect "all students, including LGBT students," when the LGBT students of Cousinfuck are subject to the whims of "state and local level" shitheels who go into full-blown panic mode when Target says it's OK for trans folks to pee wherever they feel most comfortable.

But, but, but! Betsy DeVos tweeted this thing, which means it's all OK:

We want to believe Betsy DeVos when she says she believes in equality and wants to protect LGBT kids, we really do. But in this regime, in order for us to do that, we need to see action, not vaguely worded platitudes. In other words, if DeVos wants to be a lone champion for LGBT equality in a hateful, retrograde administration, she might have to march her ass over to the Department of Justice and kick Jeff Sessions right in his dick, then march over to the White House and tell Donald Trump that Jeff Sessions just got kicked in the dick by a girl, therefore he should be fired for being a pussy. Then maybe she can help steer Trump toward not being a monster toward the gays and the BLTs.