How Gross Were Dole's Salad Products And When Did Dole Know About The Gross? 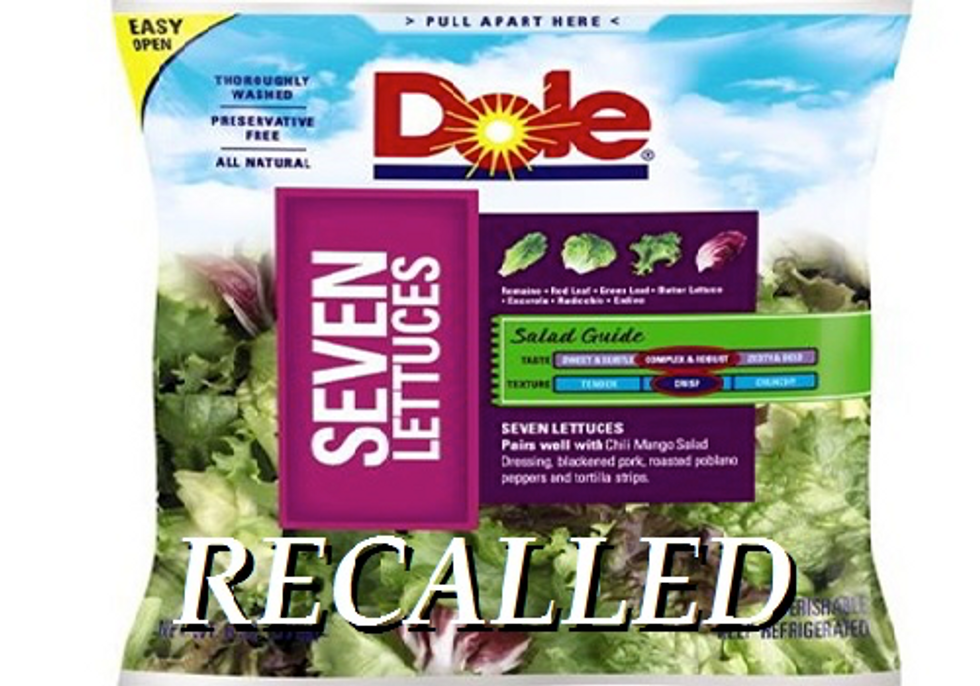 A Corporate Person with a legacy of overthrowing native governments to make it easier for their nice time plantations is still misbehavin'? Say it ain't so!

Dole Food Company allegedly knew its salad tested positive for listeria about a year prior to an outbreak that killed at least four people.

Dole found listeria in its Springfield, Ohio, Bag O'Salad factory all the way back in 2014. Yet despite the onerous regulation requiring companies to notify the F.D.A. when there's a "reasonable possibility of (food) causing serious adverse health consequences," Dole did no such thing. But instead of letting the free market and ER doctors sort it out, those meddling and over-extended thugs at the F.D.A. went and found the gut-ravaging bacteria during a January 2016 inspection.

The company found listeria in the plant at least five more times in 2014, and three times in 2015, according to the F.D.A. report. But the factory kept on churning out bagged salads until Jan. 21, five days after F.D.A. inspectors showed up. Dole initiated a recall a week later.

Despite the immoral shittiness of knowingly packaging lethal lettuce and selling it to consumers, it's really the getting caught part that could cause big problems for the longtime pineapple purveyor. Dole's Springfield facility recently reopened and Dole corp-splained some comforting assurances that their salad is good to go. You gotta live your life, Wonkers, but maybe just take 5 minutes and make your own salads for a little while.

Hooray! Another new robot thing-y to make us fatter

Two of Skype's co-founders created the Estonian company Starship. Starship created a six-wheeled "ground drone" because the future is here and it's all about delivering your groceries.

The robots are designed to work "autonomously." I guess so much for another bump in the burgeoning drone operator job sector. The robots have logged a lot of miles in some trials and so far people are responding to them better than most of their significant others.

In its trials so far, the Starship robots have encountered some 120,000 pedestrians. So far, no one has tried to abuse it. “It is really amazing but people seem to have an instant emotional connection to the robot,” says Starship co-founder Janus Friis.

That IS amazing, Janus. It sounds like some people finally found their soulmates - a robot box that brings them pretzels and People magazines without any of the typical homo sapiens sass. And good job not beating the crap out of the little guys, humans! (Though these trials obviously didn't take place in Philadelphia.)