How Many Blue States Is Donald Trump Imaginary Winning In This Week? So Many! 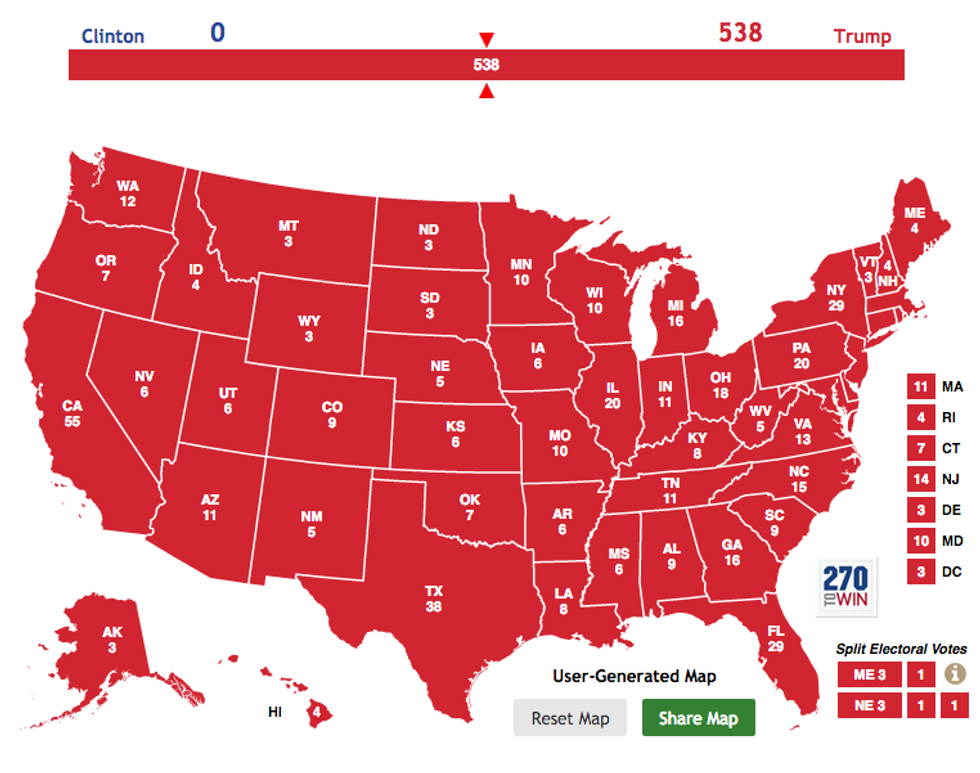 Hey Trumpkins! Are you sick of winning YET? Because my god, Trump is just winning so hard, all over the place these days, and you've got to have some serious winning fatigue by now!

As we learned Tuesday, Trump is totally going to win this election in a landslide, according to the Zip app, which is a thing most people have heard of. However, that's not the only thing that says he is WINNNING.

According to world class genius Alex Jones, "Trump is doing his own internal polling with some of the top, bipartisan pollers in the country." Which explains a lot! Obviously all of the best pollers went to go work for Donald Trump, and the only ones left to run the official polls are the bad pollers who don't even know what they are doing. These pollers, the good ones, who work in secret for Donald Trump, have determined that he is definitely winning in New York, California and Pennsylvania. In fact, he is winning so hard in Pennsylvania (where the regular, not-best polls are saying he is losing), that if he loses that state, everyone will know Clinton cheated!

I have got my own internal polls as well, by the way, according to my internal polling, I am super pretty and smart and nice and hilarious and I have a beautiful singing voice and everyone loves me. Also, my hair looks great today, am I doing something new with it? No, it is just dry shampoo! It adds volume and body!

Said internal polling is, however, sharply divided on whether or not I should go back to having bangs.

Trump is also quite sure that he's got a great shot at Connecticut! He campaigned there earlier this week, telling those who attended his rally that "You know, we are making a big move for the state of Connecticut, just so you understand," and also telling them that he will never forgive them if he does not win Connecticut, as god intended.

Over on Reddit, the word on the street is that Trump is totally gonna win New Jersey, because there are just so many yard signs there. And they will probably turn out to be right about that, just like Peggy Noonan was right about Romney winning the 2012 election because of all the yard signs she saw in Florida.

All of this seems pretty solid! So probably we can all look forward to a Trump presidency, and Nate Silver will be all "Oh man, I am terrible at this. Next time I will factor in yard signs and a candidate's own internal polling!"