How Many Justices On The Supreme Court? Eight. For The Next Four Years. 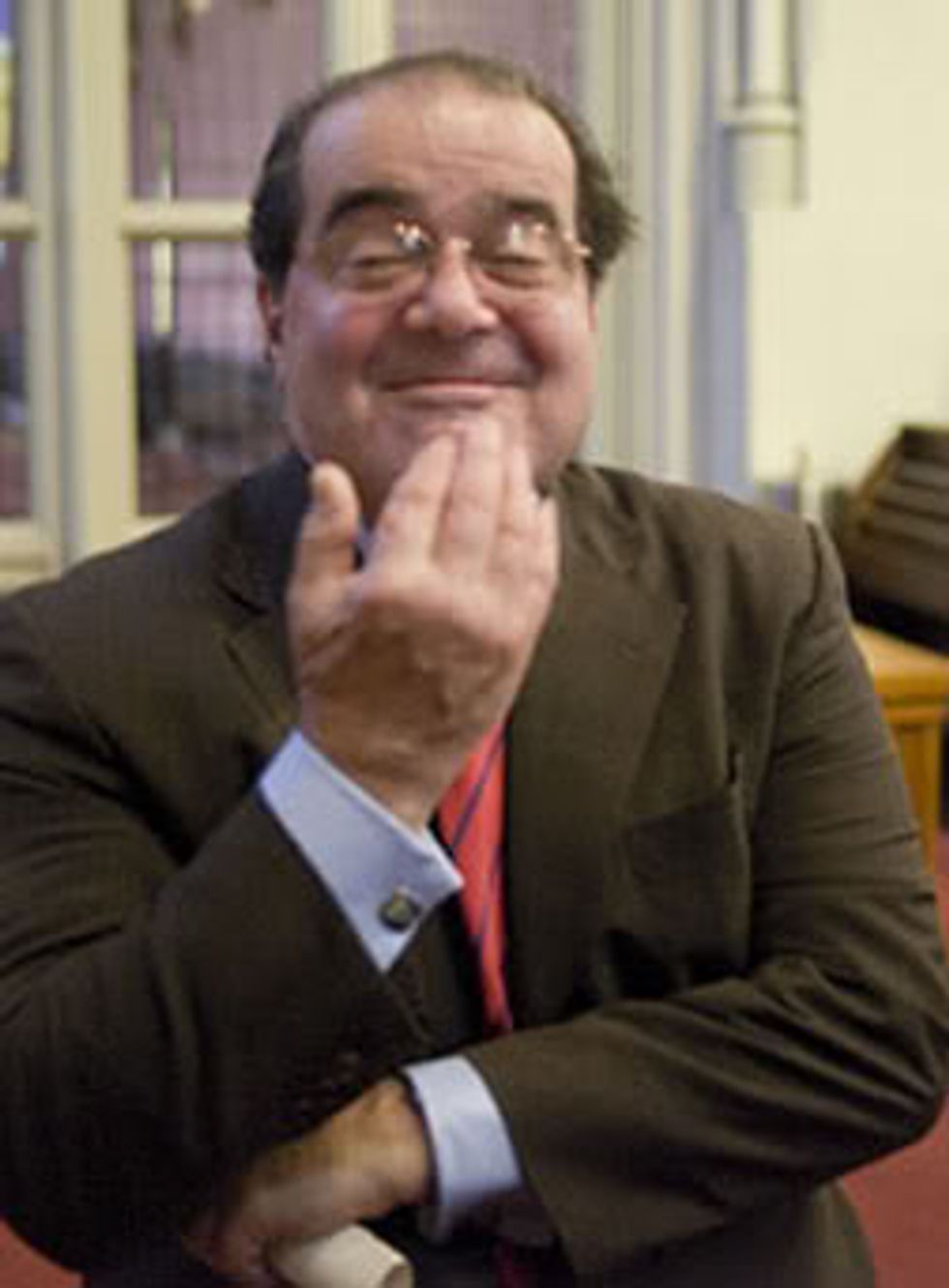 For the past 10 months, since Forever President Obama nominated a centrist jurist, Merrick Garland, that even Orrin Hatch called a pick with whom no one could have a problem, Republican leaders have been perfectly happy to have an eight-member Supreme Court. Sure, an awful lot of decisions ended in a tie -- meaning if an appeal came up through a liberal circuit court, the liberal circuit court's decision remained in effect, and vice versa. The Supreme Court also declined to hear a lot of cases. Hey, whatcha gonna do.

Yesterday, in a profile of "President" Donald Trump's presumptive (and now official) SCOTUS nominee, Neil Gorsuch, Bloomberg explained that a Gorsuch pick would "restore the ideological balance that existed" before Antonin Scalia choked to death on his own pillow. Hmmm, question in the back, Bloomberg! Why is a 5-4 conservative/liberal court "ideologically balanced"? Wouldn't a 4/5 conservative/liberal be "ideologically balanced" too? Especially with ... let's just pick a number out of the air ... three million more people voting for the person who wouldn't have nominated Gorsuch because she's not a fucking asshole?

It's a real puzzler.

Then Bloomberg wrote this

Gorsuch is a champion of religious liberty known for his crisp, occasionally pointed writing style

and we just started yelling and cussing and that was the end of us reading that Bloomberg article.

"Scalia's seat belongs to us" is one of those alternative facts Republicans like to mewl about. "Scalia's seat" belonged to the American people, who chose Barack Obama -- by wide, wide margins -- to fill it.

The Senate GOP had other plans -- and Mitch McConnell LITERALLY said yesterday that Democrats should be as congenial to a Trump nominee as the Republicans were to Democratic nominees. Of course, he wasn't talking about Merrick Garland, because he's an obfuscating piece of shit.

Donald Trump could have played "modest" and "conciliatory" and "president of everyone not just the fucking Federalist Society" -- considering he "won" election by 80,000 votes in three states while losing the popular vote by millions -- and presented someone who didn't explain in the Hobby Lobby decision that "religious liberty" meant the liberty to choose on behalf of your employees what religion they'd be following, at least as far as the slut pills they were permitted to stick in their mouths.

The Supreme Court functioned -- sort of -- for the past year with only eight members. And if Democrats know what's good for them, as far as the WAKENED FUCKING GIANT OF PEOPLE IN THE STREETS, they'll decide the Supreme Court can function that way until January of 2021, when President Pretty Lady From California (I'm not talking about Dianne Feinstein) nominates someone nice. Someone sober, thoughtful, decent, and pretty fucking centrist.

You gonna cave, Dems? You gonna say "well, let's save the filibuster for when we really need it"? NO. WE NEED IT NOW. We're no purity police, but this is one of those votes, like Obamacare, like payday-fucking-lending, where YOU DIE ON THAT HILL, because there's no "other day" left to live and fight for.

Barack Obama or Get The Fuck Out.