How Many Sociopaths Did It Take To Kill This Unarmed Black Boy? One, And That's Not Funny

We have not been posting anything about the trial of Michael Dunn, the Responsible Gun Owner who shot 17-year-old Jordan Davis to death after an argument about loud music. Mostly because the story is depressing and really not funny. In November 2012, Dunn pulled into a Jacksonville, Florida, convenience store parking lot, got into an argument about the volume of the music coming from the stereo of an SUV parked next to him, and ended up firing 10 rounds into the side of the SUV, killing Davis, because Dunn claims he saw the kid had a gun. Which turned out not to exist. And then Dunn and his girlfriend went back to their motel, ordered pizza, got a good night's sleep (cause shooting people is hard work) and drove home 130 miles to South Patrick Shores in Brevard County. Finally, he called police, though probably not until he made sure his socks were rolled up neatly and back in his dresser. So you can see why we have not been treating this story as Comedy Gold. But now that the testimony in the trial has wrapped up, we need to address this horrible story. Will it be funny? Haha, no!

We aren't even sure whether it "helps" to link to Ta-Nehisi Coates's lovely interview with Jordan Davis's mother, Lucia McBath, because while she is an awesome person who we need more of in this sorry shooting gallery of a country, it also just leaves us all the more ragey over her loss. Asked whether she was especially aware of Stand Your Ground laws before Jordan was killed, she admits that, like most of us, she hadn't had to give them much thought until the murder of Trayvon Martin, although she had certainly talked a lot to Jordan about how "to be safe, specifically being a young black male":

Go read it -- it will sadden and enrage you, and maybe we all need to be a lot angrier about this madness, all the time, to try and do something about it. (Yes, we know, NRA -- so emotional, when the proper response to murdered children should be dispassionate firearms purchases.)

As for the trial itself, which we have been following, but not too closely because blood pressure, we'll make a few observations and let you guys go Open Thread with it.

The more we see of Michael Dunn, the more we think "sociopath." This man genuinely seems to think that the presence of black teenagers and loud music justified everything he did -- they were mouthy thugs, and he was a man who didn't have to take it, because his glove compartment contained a 9mm equalizer. This is a man who cried while thinking about his 7-month-old puppy, but not about the teenager he killed. His testimony was all about how he felt threatened, and the scary black teenagers in the SUV were talking about murdering him, and so he had no choice, really.

Dunn painted himself as perfectly collected for most of the altercation, saying he was "not mad at all" with the teens and politely asked them to turn down their "ridiculously loud" music. He thanked them when they obliged, but then Davis grew irate, he said.

Also, Dunn swears he heard Davis call him a "cracker." That played well with George Zimmerman's fans, so maybe it will help Michael Dunn get sympathy too, right? And then we get to the Charles Bronson Moment: Dunn says he asked the menacing teens if he was the "m-f'er" that they were talking about killing, and then he saw Davis raise the imagined gun that police never found, and Davis very definitely said, "You're dead, bitch," so what choice did he have?

That's when Davis' door opened, "and this young man gets out and as his head clears the door frame, he said, 'This s**t's going down now.'" Dunn said he immediately thought, "He's coming to kill me."

Dunn said aloud to himself, "You're not going to kill me, you son of a bitch," as he opened the glove compartment, grabbed his pistol, dropped the holster at his feet, chambered a round and began firing, he said.

Just like a movie! A movie where the peaceable white man who's been pushed too far regains his power by putting down the black thug who's coming to kill him.

All the evidence shows that Davis was shot while sitting in the back seat of the SUV, not while outside the vehicle. Maybe he ran back to the car when he saw that Dunn was one white m-f'er who wasn't going to be pushed around.

Dunn's case certainly isn't helped by the testimony of his fiancée, Rhonda Rouer, who says that after the shooting, Dunn didn't say anything to her about any of the details -- no stories of how the scary black teen came at him with a shotgun and said he was going to kill him, none of it. No indication that either of them thought maybe it would be a good idea to call the police after firing ten rounds into a car full of people. Ah, but it was very traumatic, and they were terrified that a bunch of gangbangers were coming after them, so you can understand how Dunn might decide that sort of thing could wait until later. Rouer does remember him saying, before she went into the convenience store, that he hated "thug music," but Dunn contends he wouldn't call it that -- he'd be far more likely to call it "rap crap."

Dunn's attorney, Cory Strolla, has attempted to downplay the significance of the fact that police found no weapon in the SUV, arguing that the initial police search of the surrounding area was not focused on finding a weapon that might have been thrown from the car. Of course, Dunn's contention that he'd acted in self-defense didn't actually make it to police until the next day, so it's not clear how the cops should have known that they should have been searching for a weapon discarded by a murder victim.

Just about the only good thing we can say about this whole horrible story is that, outside of white supremacist sites, Michael Dunn doesn't have a lot of support among the Armed Patriot crowd -- there doesn't seem to be any advantage in adopting him as a model of self-defense. So there's a small comfort. Surprisingly, The Daily Caller, The Blaze, and Gateway Pundit appear not to have covered the trial at all, and Breitbart.com's coverage has been almost exclusively wire service reports -- no impassioned defenses of Dunn, and no attempts to prove that Jordan Davis was a drug-addled thug. So it would appear that we may have finally found a case where not even gun fondlers are willing to say that the shooter was just a decent man protecting himself and his loved ones, for whatever comfort that might be. 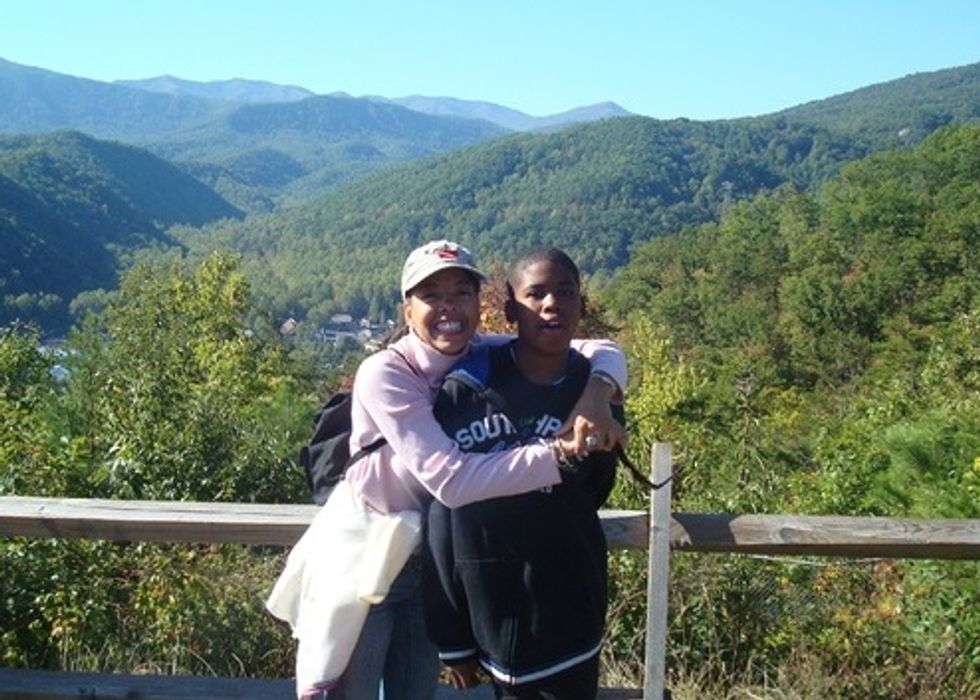 Why Are All These People On Fiverr Selling Spells To Make People Millionaires?

One Million Moms (One Mom) Poutraged Over 'Demonic' Disney Show

How Personal Tragedy Inspired Me To Lead Diversity And Inclusion At Papa John’s. Tabs, Tues., Feb. 18, 2020