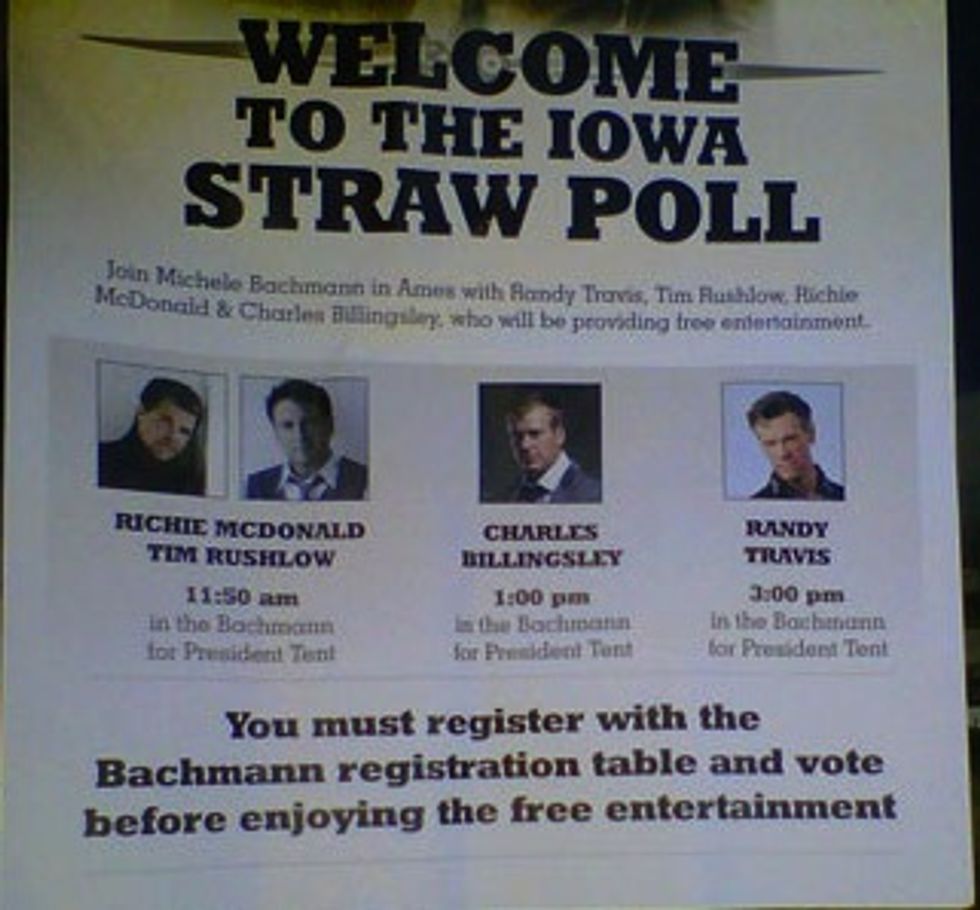 How did the pill-head nut Michele Bachmann "win" the Iowa straw poll when not even Republicans actually think she is good for anything but having acomical homosexual husband who deep throats corndogs with her, in public? According to a Wonkette tipster who wishes to remain anonymous because he totally loves Ron Paul and doesn't want to be thrown out of the Ron Paul slash fiction online community, Michele's campaign staff figured out that old Republican Iowans are still pretty keen on 1980s country singer Randy Travis. So they hired him to do a concert, and the only way to see the concert was to promise to vote for Michele Bachmann in the straw poll! This sounds like something in the Constitution or something.

A funny thing is that Randy Travis is widely reported to be a closeted gay man, reportedly, so it would be extra funny if Michele Bachmann's homosexual "husband" somehow arranged the hiring of Nashville closet case Randy Travis. Anyway, this is about how Ron Paul was robbed of buying the Iowa Straw Poll because of the "free" Randy Travis concert:

Bachmann spent upwards of $1 million, paid for over 6000 tickets, paid for Grammy Award winning, country musician Randy Travis to show up, and bussed in Randy Travis fans in order to secure 152 more votes than Congressman Ron Paul. Michele Bachmann’s camp handed out flyers, which stated that in order to see the entertainment, you had to vote for her first ....