How One Liberal Website Ate Sh*t Apologizing To Donald Trump, And How Another Was A Freaking Hero 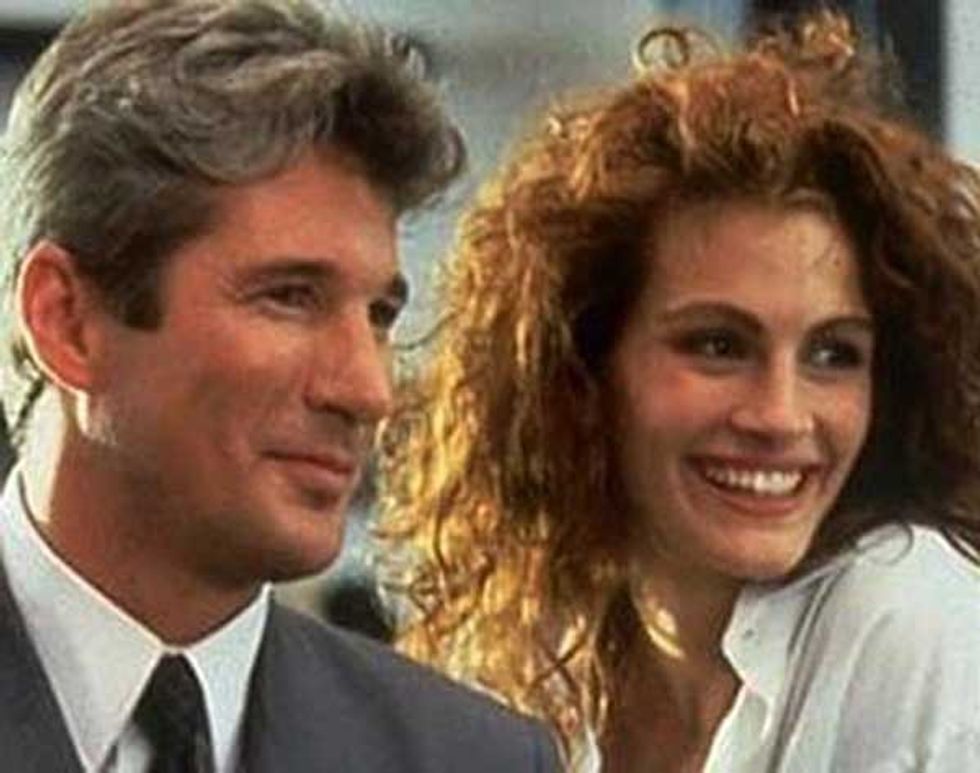 Last week, the British shitrag The Daily Mailreported on the existence of two unauthorized biographies of Donald Trump and his virgin bride, Melania. The Daily Mail said, "Here are two books; you don't have to believe them because they don't offer any proof and they are pretty shady and we do not endorse their premises; but also they exist; oh, and also Melania Trump nee Knauss might have been a member of Mrs. Warren's Profession." (The Daily Mail did not mention Mrs. Warren's Profession, because it is not as classy nor as Shavian as your Wonkette.) It bolstered its article with "context" reminding people of Donald Trump's trips on the Sidepiece Sexpress while married to his first wife, Ivana, and posited that if these books were correct, Trump was doubtless putting it to Melania while married to his second wife, Marla Maples.

We can't speak to British libel law, which is a real motherfucker, but generally, in America, we are free to report that things that exist exist. This is particularly true if the thing that exists is a thing that exists about a public figure, and even more so an elected official, which Donald Trump is seeking to become (you might have heard).

This is why Barack Obama has never sued WorldNetDaily for saying he is a constant gay hooker for crack -- we mean besides the fact that it's obviously true.

While Melania Trump is not running for elected office, it would be relevant to her husband's character if he had in fact met her while she was selling flowers at the Piccadilly Circus, and lied about not knowing her for the next three years, until, per The Daily Mail's quoted biographies, the two were ready to make their relationship public after his separation from the second Mrs. Trump.

In response to this story, Donald Trump did what any thin-skinned bully billionaire would do, and threatened to sue the fuck out of everyone. And here is where we find a liberal pussy, and a liberal FUCKIN' HERO.

Be a pussy, Bipartisan Report:

Yesterday, Aug. 21, 2016, we published a story sourced from multiple outlets about Melania Trump’s past employment. After publishing, it was brought to our attention that many of the statements made by sources were not fully confirmed by audio or video tape and are therefore heresay. Aside from the facts not being 100 percent accurate, we deeply regret reporting on a story of such a “low brow” nature. Melania Trump is a private citizen and deserves the privacy and respect that any one of us would want and expect. We sincerely apologize to her for stooping to such a level and will not do so again in the future. Sometimes it is easy to get caught up in “the news” and not stop to think about the fact there is a human being behind each story. Melania is human and deserves the respect of one.

OK, that part's fine (besides not knowing what "heresay" is). We are human and we need to be loved, just like anybody else does. What is so objectionable that I am hurling vulgar gendered insults?

None of these nine statements are able to be fully confirmed. We retract and apologize for them,

The true facts are as follows:

Mrs. Trump never worked as an escort or sex worker, nor did she ever have a composite or presentation card for the sex business. [...]

Mrs. Trump first met Donald Trump in 1998, two years after she moved to the United States in 1996.

Look, we appreciate that you're askeered, Bipartisan Report. Thin-skinned bully billionaires can really fuck a website up. But copy-and-pasting a lawyer's assertions as "facts" that are already contradicted by the public record -- in the form of sexy lesby photos taken in New York in 1995, according to the New York Post -- is beneath a free press, whether or not they're being intimidated by Hulk Hogan's attorney.

For a primer on How To Do It, see LiberalAmerica's apology, while you still can, as we assume they will go down in a blaze of internet glory before they are sued back to Saddam Hussein's Stone Age:

First of all, I’m very very sorry that I wrote an article about the past of Melania Trump. I got my information from reputable sources and reported on what was being reported there, but apparently that isn’t good enough to pass muster in the version of American freedom of the press envisioned by Mr. Trump and his team of legal vultures.

Additionally, I’m also sorry that the personal image of the wannabe first lady is so insecure that she feels the need to send her legal hell-hounds chasing after small, independent journalists such as me. I had no idea I was such a threat to the Trump campaign or family. Imagine my surprise.

I’m also sorry beyond words that Mrs. Trump decided to take the stage at the GOP convention and give a speech (large portions of which appear to have been copied or stolen from Michelle Obama) in which she said that only her husband could effectively lead and save the United States. That only her husband could make America great again. In my book, that makes her a public figure, meaning that I can say any damn thing I want about her and she has no recourse whatsoever. Libel is almost impossible to prove, but she and her husband have unlimited financial resources and I don’t, so I have no choice but to write this mea culpa.

But most of all I’m sorry that in Donald and Melania Trump’s view of how this republic works, they think it’s in keeping with the spirit of the First Amendment to threaten, intimidate, and harass reporters. Just the fact that they immediately felt the need to get lawyers involved proves that they don’t believe in preserving, protecting, or defending the Constitution, even though every President has to make a pledge to do so when he or she takes the oath of office. In Donald Trump’s world, the Constitution only applies to those who can afford to hire expensive legal mouthpieces.

But wait! There's more! And you should give your pageview to LiberalAmerica.org to keep up its good fight, for, we expect, at least the next several hours.

Donald Trump, alleged "billionaire," has promised to "open up the libel laws" if he is elected; as per usual, he knows as much about First Amendment jurisprudence (and How Constitution Works, and Marbury vs. Madison, and What Is Legal?) as he knows about anything else.

Meanwhile, if Melania Trump really did give up her amateur status back in the '90s (not that we are saying she did!), it is by far the most human thing we've ever heard about her. Slippery little suckers, aren't they?