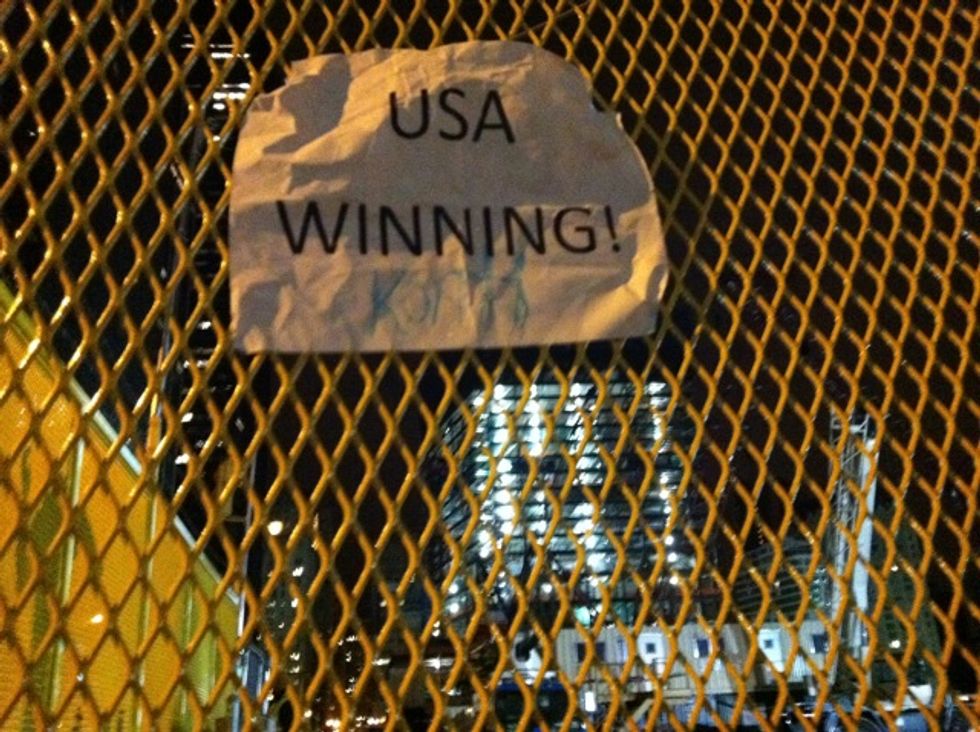 In the midst of all the celebrations that good finally defeated evil yesterday, there is this fact: the U.S. got the leads that allowed it to find and kill Osama bin Laden from two men: Khalid Sheikh Mohammed and Al Qaeda "operations chief" Abu Faraj al-Libi. These men have been kept in secret CIA prisons in Europe. They have been kept at Guantanamo in Cuba.And they have both been tortured. So, yes, nearly a whole decade after the United States renounced its ethics of war, torture may have finally worked. Many liberties have been shredded; many human beings have been tortured. And now a zombie mermaid with a bad kidney named Osama bin Laden is frolicking with dolphins at the bottom of the ocean. So we got what we wanted? Is this "winning"?

This has been the costliest manhunt in human history; not only in the money and lives spent gathering intelligence and bombing Al Qaeda, but in waging an unnecessary war in Iraq and in the costs suffered by America's diminished standing in the world and its diminished standing in the eyes of its own citizens. There are numerous signs the once proud nation is declining otherwise even when you set aside its inability for so long to merely find where its greatest enemy lived. Along the way, the United States lost a lot of what it was. Its future remains murky. And so does the world's.

What happened to global warming this past decade? Yeah.

While zombie mermaid Osama bin Laden is down there singing upbeat duets with crustaceans about his hatred of the West, we have to take a look at America. It may no longer be great. It's probably not even good. Does what we were fighting for still really exist? (If it was for KFC to stick cheese and bacon between fried chicken patties and call it a sandwich, then yes. But otherwise? Hmm.)

We got the bastard. So close the overseas prisons. Stop the torture. And become human beings again. It's a start.