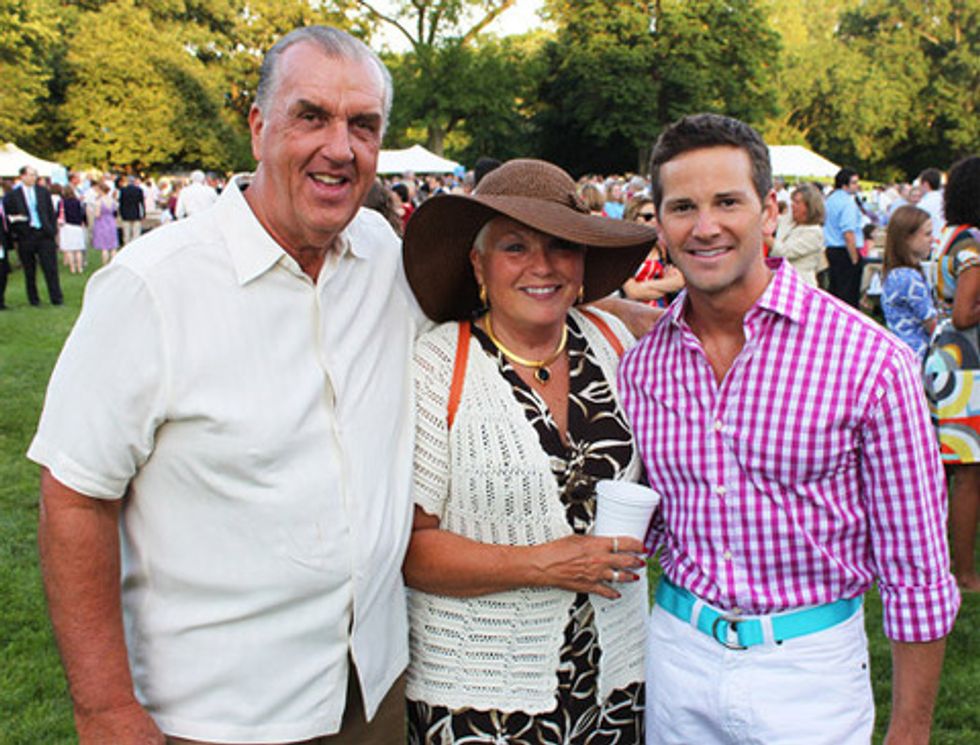 The internet is abuzz with the resignation of fresh-faced congressbottom Aaron Schock, mired as he has been in allegations of ethics violation after ethics violation after gay ethics violation. We are sure we will find out more in coming weeks about exactly why he resigned now, as things continue to fall out of the closets of his Downton Abbey office, and we will write words about it when that happens.

For the uninitiated, though, let us explain now why we make gay jokes about Aaron Schock all the time, and why it is Just Fine that that we are absolutely shameless about Just Asking if maybe, just maybe, Aaron Schock is gayer than Marcus Bachmann belting Liza Minnelli tunes while getting ass-rammed by a dude:

1. Aaron Schock is on the record as being against marriage equality and tends to vote against LGBT people and their interests on a fairly consistent basis. John Aravosis detailed Schock's voting record a while back when he rounded up the "7 gayest Aaron Schock Instagram posts" of the year 2013:

Asked why he doesn't support marriage equality, Schock has replied "Um, well, I-I just haven't." You will want to watch this video, as he awkwardly tries to explain how he just hasn't supported marriage equality, because he's not sure, but he's pretty sure he's supposed to be anti-gay! You can almost see his personal demons playing shuffleboard with his brain.

Does Aaron Schock go on teevee all the time and scream like that hayseed Louie Gohmert about them goldurn homosexuals? No. But his voting record speaks for itself.

2. However, rumors of of Aaron Schock's own alleged personal gayness have been around for a LONG time, to the point that it's pretty much considered an "open secret" in Washington. Longtime Wonkette family member Princess Sparkle Pony basically outed Schock as "def. gay" in 2011:

So anyway, the fun thing about living in the DC area is that you can run into somebody who knows something just anywhere: in the laundromat, the 7-11, the dog park, the "full-release but no kissing" massage parlor... you know, anywhere!

And so it is with Secret Pony Source Blacky (not his/her real name), who reports, "I’ve become friends with a couple of guys who work on the hill- we [engage in totally mundane activity together]. One of the guys is the press spokesman for a congressman. He ascertained that Schock is def. gay, and that word on the street in Peoria, from staffers who have worked in Schock’s office, is that everyone knows." So there you have it, the least schocking news ever.

what if you know a certain GOP congressman, let's just say from Illinois, is gay... and you know this because one of your friends, a journalist for a reputable network, told you in no uncertain terms that he caught that GOP congressman and his male roommate in the shower... together. now they could have been good friends just trying to conserve water. but there's more. what if this congressman has also been caught by tmz cameras trolling gay bars. now what if you know that this very same guy, the darling of the gop, has also voted against repeal of don’t ask don’t tell, opposed the repeal of doma, is against gay marriage; and for the federal marriage amendment, which would add language to the us constitution banning gay marriage and would likely strike down every gay rights law and ordinance in the country?

Lack of capital letters HIS, of course. At the end of the post, Hod linked to the above-mentioned John Aravosis post, about how gay Schock's Instagram is.

On the OFF FUCKING CHANCE that Aaron Schock is straight, ha ha ha ha never mind.

3. Add those two together in a nice mixing bowl, and you get not a "privacy" issue, but a HYPOCRISY issue. This, by the way, is called the Barney Frank Rule:

4. Finally, your editor is an out and proud homosexual, the kind that does dudes like all the time, whenever he wants, and also he is kind of a dick about these things, and he thinks Aaron Schock is hot, so there's this perverse kind of hate-crush going on.

So that explains why we gay-bait the fire out Aaron Schock's little bottom. He started it, by voting poorly against the equal rights of men who like to do the same things with their tallywackers that MAYBE Aaron Schock likes to do, and ladies who don't want none of that tallywacker business anywhere near them. In real ways, that hurt the LGBT community!

Now we just have to wait for the inevitable headlines -- and leaked Grindr dick pix maybe???? (DM me on Twitter!) We are also waiting for a phone call to see if Congress has decided to rehome Aaron Schock with Wonkette. After all, he's probably safest with us. Can we keep him? Please???