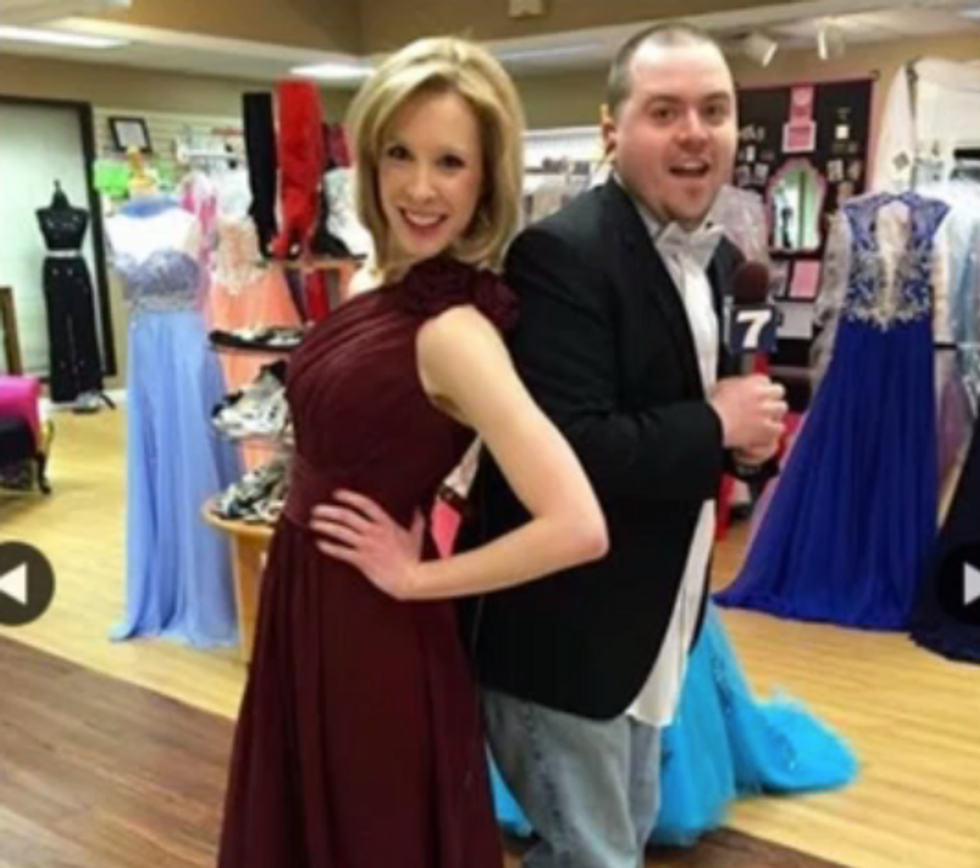 Their loved ones ask that they be remembered alive and smiling.

This is what we will tell you about the two young TV journalists for Virginia station WDBJ who were shot to death on Wednesday, on air. Reporter Alison Parker had just turned 24, and had celebrated her birthday with her colleague and boyfriend, Chris Hurst. Cameraman Adam Ward, 27, was engaged to the station's morning producer, Melissa Ott.

In a press conference Wednesday afternoon, police identified Vester Lee Flanagan, whose on-air name was Bryce Williams, as the suspect. After fleeing the incident, Flanagan shot himself, was taken to the hospital in critical condition, and has since died from his self-inflicted gunshot.

WDBJ's president and general manager Jeffrey Marks said that Flanagan was a former employee, who was fired in 2013 after a number of unspecified incidents. Marks said he was "difficult to work with."

The murders were recorded, both by Ward, who was filming the live interview of Chamber of Commerce spokeswoman Vicki Gardner, who was also shot but is reported to be in stable condition, as well as by the suspect, who appears to have uploaded his first-person shooter video to Facebook and Twitter. Colleagues, friends, and family of the slain journalists have asked that the videos not be posted and auto-played and shared online to be Liked! or OMG'd with a sadface emoji. There is zero value in the mass consumption of these videos, and YouTube agrees:

We will not be forcing you to watch the video of two people shot to death on the job. We will not be showing you the suspect's own video of his gruesome crime. Nor will we be endlessly posting pictures of his face from his various social media platforms for you, over and over and over again, so that you might conclude from this posture on Facebook or that wicked smile on Instagram, that yes, he sure does look guilty.

We will not be rejoicing in his death. Nor, had he survived, would we have demanded he fry for his crimes. We leave that to the professional bloodlusters like Nancy Grace, who has already assured CNN's viewing audience multiple times that the death penalty is legal in Virginia.

ABC News reports, and police confirm, that he faxed a 23-page document to ABC News, which has since been turned over to the authorities. Police did not disclose the contents of his apparent manifesto, or his potential motive, other than to say, "It's obvious that this gentleman was disturbed in some way."

Fox News reports that it has obtained this apparent manifesto and in it, Flanagan explains that the Charleston massacre, in which white supremacist Dylann Roof murdered nine African-Americans for the explicit purpose of starting a race war, was his "tipping point." Presumably, we'll learn more from this manifesto, and then, yes, wingnut-o-sphere, we can all speculate about how this might have been about race. We'll wait, however, until we actually know that. We hear that's how journalism is supposed to work.

We will not be blaming The Gays. Or The Blacks. Or abortion. Or Obama. Or high taxes. Or the absence of Jesus in public schools. Or gun-free zones. Or liberals who do not know the difference between a Heckler & Koch and a Glock. Or the victims.

We will talk about what we know, as we know it. We will try to get it right and not breathlessly report every rumor we see on the interweb. We will talk about how yes, it is time, it is fuck fuck fuck FUCKING long past time, to talk about gun reform. Especially in a place like Virginia, where it is practically mandatory for all men, women, children, and puppies to be armed at all times.

And count on some kittens. Or maybe baby pandas. Because it's that kind of day.