How Will Media Totally Avoid Useful News Coverage of May Day Protests? 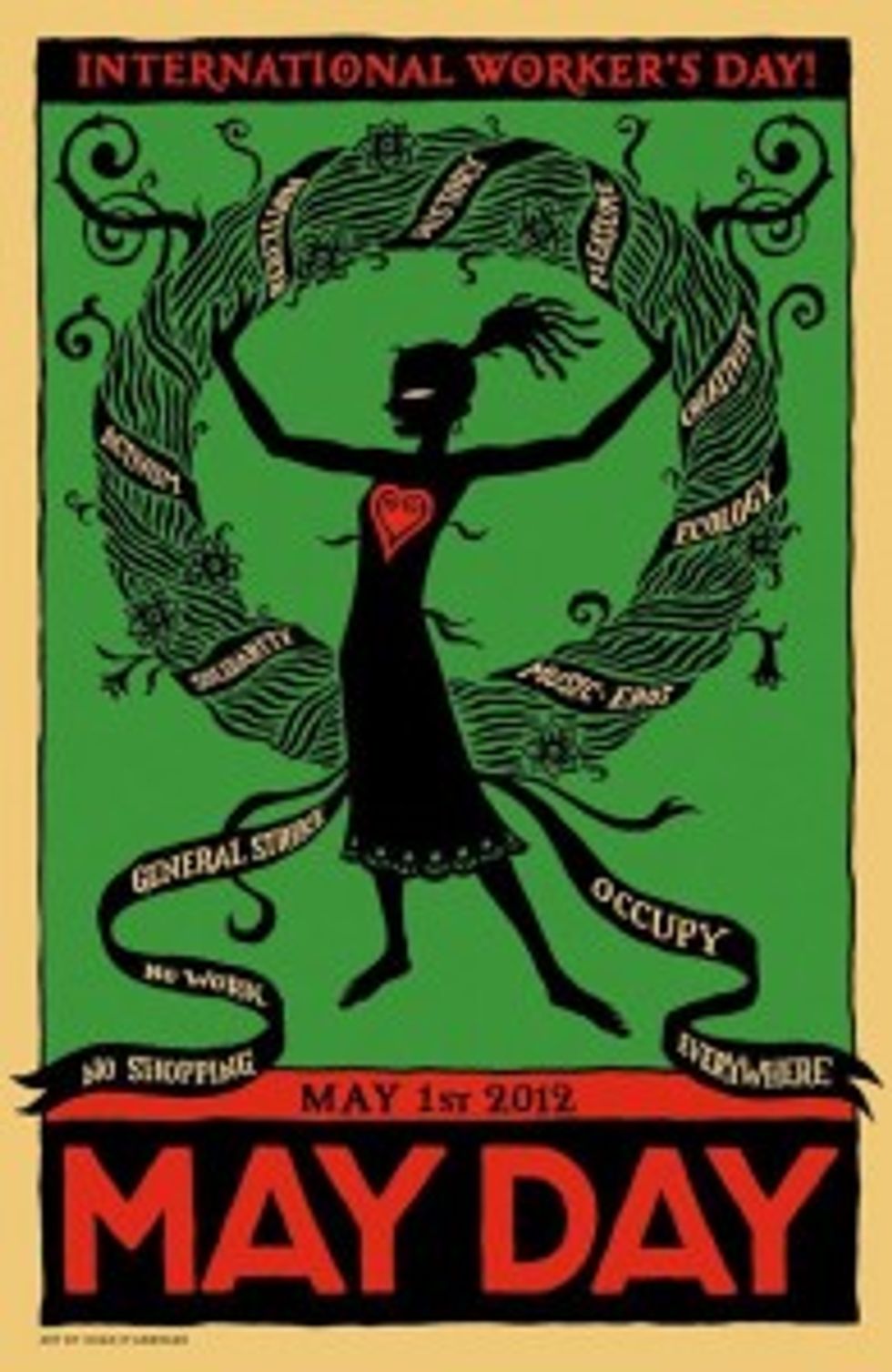 Hooray, tomorrow is Kleptocracy Sucks Day! This, of course, is every day, but tomorrow Occupy Wall Street and labor unions are organizing actions all across the country for May Day to call attention to the crushing economic injustice forcing millions of unemployed, underemployed or over-employed "part-time" workers with multiple underpaid jobs to turn on their teevees and their YouTubes at night and get a lecture from Mitt Romney on how much their jealousy of his wealth offends him while President Hope runs off to drone bomb another crowd of women and children attending a funeral in Pakistan, for freedom. The best advice here is to actually go to one of these events if you want to know what is happening, since the odds are good that Wednesday's newspapers are going to be plastered with pictures of kittens instead of actual news reports on the protests. How will America's corporate news outlets manage coverage this time?

For some idea, we can perhaps look at the instance from last fall where instead of a picture of New York City councilmember Ydanis Rodriguez being brutalized by the NYPD, a news editor instead chose to run a photo of that same councilmember having a friendly conversation with cops, since that is more newsworthy! This latter editorial decision, made by bland irrelevant periodical Time Magazine, is now the subject of a lawsuit being brought by several NYC city council members who discovered the decision to run the less inflammatory photo was made at the city's request, hahahaha. And Time allegedly listened!

Attorney Leo Glickman, who represented Councilmember [Ydanis] Rodriguez after the arrest, tells us, "That night [of Rodriguez's arrest] we saw on Time magazine's website photographs of the story, with Ydanis being held down by police in riot gear. We sent the link around, and then noticed that within hours it was changed. A source at Time Magazine told us that someone called from the city asking them to change it because it was inflammatory. It was replaced by a very innocuous photo of Ydanis speaking to a police officer about something completely unrelated. This lawsuit will set out to prove that the city pressured Time magazine to remove the photo."

This is what you will see on the news, tomorrow. Kittens and reassuring images of elected officials speaking cordially with their cops -- all is well in America!

But banks know better! The panicky overlords have been trying to figure out how to handle this national expression of disgust since January according to this Bloomberg News report, which they will accomplish by "working with one another and police to gather intelligence" on protesters and has been helpfully framed as, uh, a war on the new terrorists, America's evil struggling workers:

Should be fun! Don't forget to send us your pictures, stories, etc. [Gothamist/Bloomberg]

Beautiful May Day poster by Hugh D'Andrade. Visit him on Flickr!