I Am Donald J. Trump, TEN BILLIONAIRE, I Own A Mansion And A Yacht 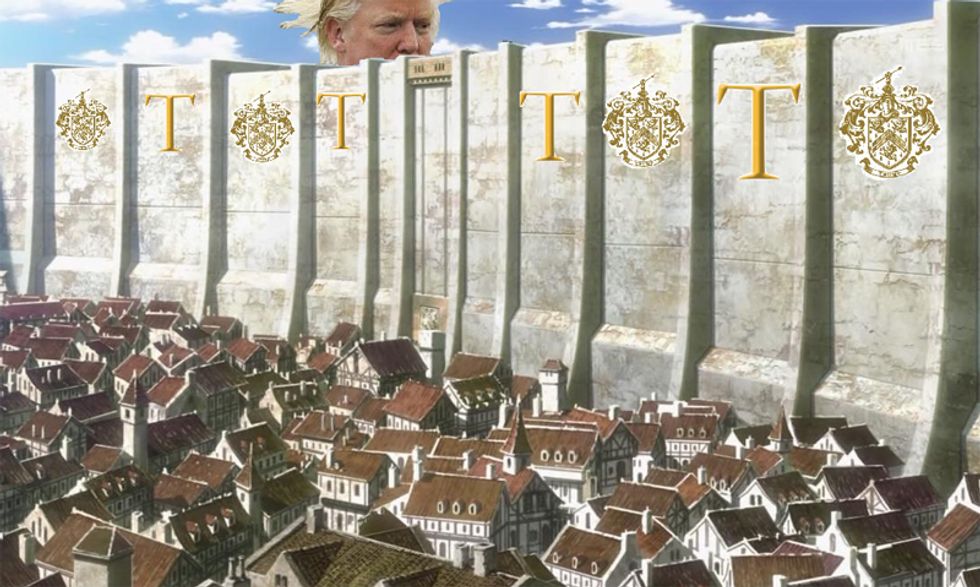 Donald J. "Fuck You and Your Dumb Loser Moron Mother" Trump told us he is worth "TEN BILLION DOLLARS," and now we get to find out how much he is lying about that. Forbes says he is only worth a piddly no-all-caps $4 billion, and he is only #405 on the list of richest fucks in America, what a loser. The 92-page financial disclosure report, required of all presidential candidates, has finally been released so we can see whether Donald Trump's assets are in fact as YOOOGE as his balls. For example:

Also, he makes money from investing in a wide range of classy stuff, like Target (fuck you, Macy's!), and cigarette maker Altria (formerly known as Philip Morris), and also Whole Foods, so you can feel extra good knowing that when you shop for that overpriced vegan yuppie tofu chow, you're helping to make Donald Trump EVEN MORE RICHER! Good for you, liberals, have a gluten-free cookie.

Donald The Trump is also the boss of pretty much all the companies IN THE WORLD:

It shows that Mr. Trump holds executive-level positions or financial stakes with 515 entities spanning from New York to Dubai to the Brazil. [Sic, because the The New York Times doesn't have editors, apparently.]

And he likes the golden arches, because GOLD, duh:

And let us not forget that he is a published author of more than a dozen books, and they are all about how to get rich and kick ass, and go bankrupt and then get rich even more and kick ass even more, like Donald Trump. For example, Trump: The Art of The Comeback and How To Get Rich and Think Big And Kick Ass In Business And In Life. But nobody buys those books anymore, SAD, so his income from those is "none (or less than $201)." But that's OK, because he more more than none dollars on other stuff, like back-coming and getting rich and kicking ass, in other ways.

The Trumpster also has many limited liability corporations, about 240 of them, that are named Trump This LLC, and Trump That LLC, and Trump You Right In Your Face LLC. He is so good at LLCing. Maybe we will read some of his books to learn how to do that, and get rich, and kick ass.

In conclusion, Donald Trump is a rich motherfucker, but maybe not as rich as he said, but still pretty fucking rich, so sure, we should make him president of All Of Us LLC, why not?