I Don't Know How To Tell You This, But Republicans Might Not Be Great To Women 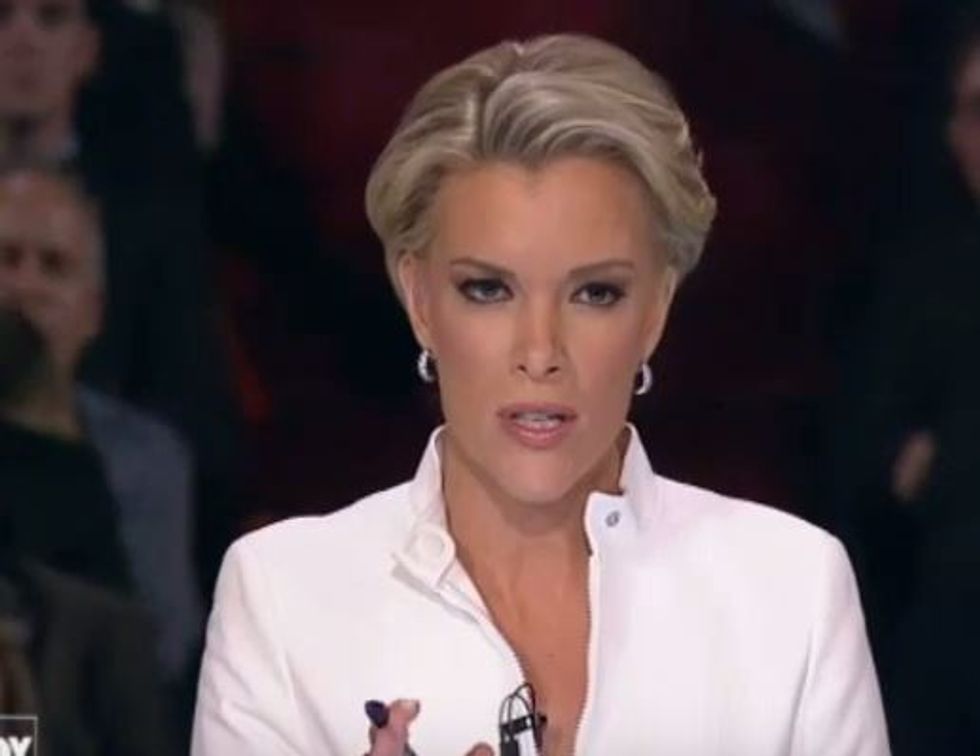 blood coming out of her wherever

Last week, Sarah and Bristol Palin's ghostwriter, Nancy French, wrote a HELL of a story in the Washington Post. Yes. Nancy French! In it, she talked about the pastor who molested her while her breasts were still budding -- he was no longer interested once they'd blossomed -- and the grownups who took his side and pretended nothing had ever happened.

It felt a lot, she said, like today's GOP.

When the Trump videotapes broke, I watched the news and Twitter feeds of prominent evangelicals to see justice be done. But what I saw was all-too-familiar and yet somehow still shocking. “This is how men talk,” one said. “Let him who is without sin cast the first stone,” another said another — who used to “focus on the family” and had never uttered that phrase to refer to any Democrat who ever walked the face of the earth.

She doesn't even mention the hideous abuse she's faced from Trump deplorables, as detailed here by her husband, that guy.

Yesterday, Amanda Carpenter, a Ted Cruz chick, said some of the same things, though without the shockingly lyrical, cinematic word-paintings of crisply remembered child abuse:

Over the course of the GOP primary, it became clear that too many Republicans felt it was too politically risky to do anything that would offend the types of voters Trump was attracting in droves — the types who showed up at rallies wearing T-shirts that said, “Trump that b—-” and “She’s a c—, vote for Trump.”

Somehow, in some amorphous but unambiguous way, it was decided that appealing to those voters was more important than appealing to women.

Trump’s men have told women this is “locker room” talk — that we should accept this is how men speak behind closed doors, get over it, and vote Trump.

Perhaps, they should talk to some rape survivors. They need to hear what those women heard when Trump bragged about grabbing a woman’s genitals, aggressively kissing women without consent, and getting away with it because he’s rich and famous. That wasn’t boyish banter. That was a confession of assault.

Carpenter and French are both furious, and they're not being very ladylike about it, what with the complaining and the bitching and the registering of dissent even though the men already said it's all okay.

In fact, the two are even naming names, though French focused hers so subtly the guy probably didn't even notice. (Because he is stupid.) Carpenter, though, spelled it out in small names the men involved could understand:

Trump will probably be off on his next grand scheme by 2017, but the party will left in the rubble he created. And, if the next GOP autopsy has any credibility, it needs to contain political obituaries for Trump’s most ardent defenders.

People such as Sen. Jeff Sessions (Ala.), Ben Carson, New Jersey Gov. Chris Christie, Rudolph W. Giuliani, Newt Gingrich, Mike Huckabee and the others. Those who gave Trump credibility and used their influence to rationalize his obscene words and actions need to be named and shamed for what they did.

The Trump campaign apparently thinks it's a GREAT IDEA to start more fights with Megyn Kelly.

Newt Gingrich, where have we heard that name recently? Oh, putting Megyn Kelly in her place for daring to disagree with the menfolk. Oh, how he yelled and spat and hollered!

What did the Trump camp think of the Great Gingrich?

We like Megyn Kelly every once in a while, despite her obvious and grotesque shilling for fake Fox news, because she is smart, and when something affects her -- like maternity leave -- she's feminist, and also she's purty.

And what did Donald Trump say after Newt Gingrich savaged the last shred of hope for Trump gaining a single female vote?

"Congratulations, Newt, on last night. That was an amazing interview," Trump said to the former GOP Speaker, who was in the audience for a ribbon cutting at Trump International Hotel in Washington.

No, "Mister" Trump, no you don't. Show those bitches who is boss! It is Hmmmm. Actually, we're not sure who's the boss any more, oh right, yes we do, it is Hillary Clinton.