'I Heard Him Screaming At You In The Night, And I Was Scared' 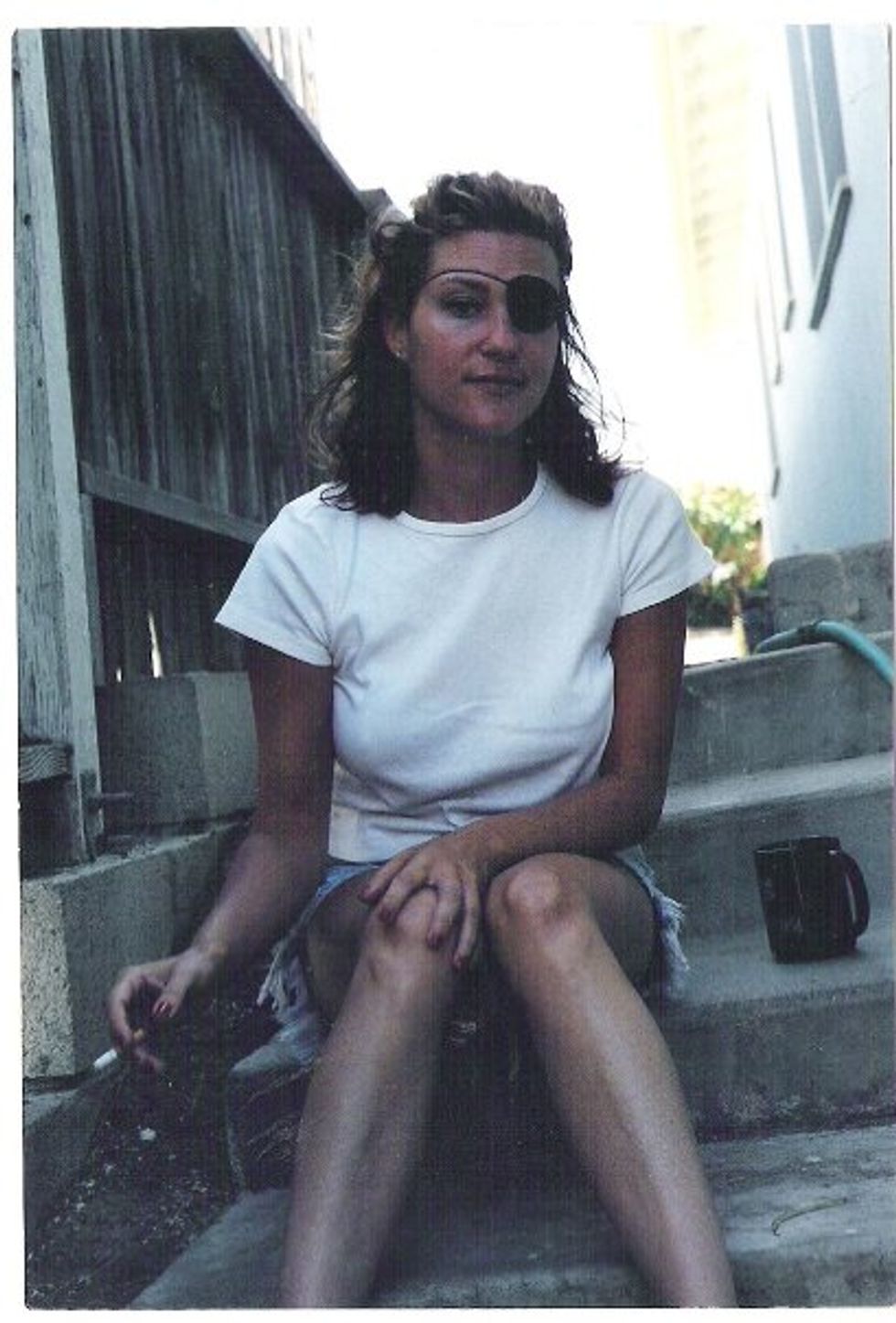 My fiance never punched me. He never choked me. But he did hold me down on the bed, trying unsuccessfully to rip the diamonds from my ears so I couldn't "fuck anyone else when I was wearing them." He always thought I was fucking everyone, most especially any gay friends who had dropped by for coffee, because clearly being gay was a ruse. I was never fucking anyone. He was though, often leaving a sweet note on the pillow to tell me he'd gone home because he couldn't sleep and didn't want to wake me, and going to another woman's house instead.

He was romantic, and so funny, and so fun. He stayed up all night setting up my home office the night I moved into my new Santa Ana house. He put the dictionary on the book-stand, open to the highlighted definition of "love."

He threw the wooden hutch my brother had given me into my mirrored closet doors, so my bedroom floor was blanketed in shards of glass. I screamed and screamed for help, but the neighbors eight feet away never called the police.

"I was scared last night," my little boy told me when I walked him to school the next morning. "I heard him screaming at you in the night and I was scared."

My father drove two hours to vacuum up the glass for me, after I'd called him, crying, and suggest gently it was time for my fiance to go. My fiance -- who'd stormed out when I said my dad was coming, not about to face a mad dad -- was furious that I'd told him "our business."

He was always furious -- but never so angry that he lost control so much that he broke his things instead of mine. When he smashed my African Virgin Mary bust into the wall, I rounded on him, punching him in the face, giving him a black eye. I took him back, the periods of time between breakups getting shorter and shorter, from six months to three days, for close to five years. Every time he left, I begged him to come home.

He smashed my Virgin Mary bust because I'd asked him to go to the video store with me, and he didn't want to go.

He smashed my hutch into the mirror because I'd smoked a cigarette at the party, when we were both trying to quit, then lied and said I didn't smoke, then said, "That was a lie, I did smoke." In the morning I found a pile of cigarette butts he'd smoked all night the night before.

He smashed my bookshelves because I got my nose pierced.

He threatened to get my mother fired from her teaching job. He threatened to have my son put in foster care. He took me roller skating at the aged rink, holding my hand.

I would probably have stuck around another 10 years if he hadn't gone and married someone else -- he got two girls pregnant while we were together, on and off. I met her, while I was trying to reel him back, not knowing he'd moved on. I was friendly; she was not. I'm sure he told her I was crazy, like he told me about all his exes. I know they're married still; I hope she's fine.

I'm glad Rob Porter's wives left him as quickly as they did. I'm sorry their church elders didn't protect them. I'm happy to have dodged that bullet, and married a man who doesn't smile calmly before allowing himself to rage and terrorize, all premeditated like you wouldn't believe. I'm glad I can protect my old father now, and there's no need for him to protect me. I'm sorry I let my son go through fear that I'd be harmed. I'm happy to have married a man who's happy to be with me, even though I did finally hit middle age. And I hope that other man, whom I once so loved, is never in a position where I have to let the country know.

Wonkette is here for you. Will you kindly be here for us, if you can?