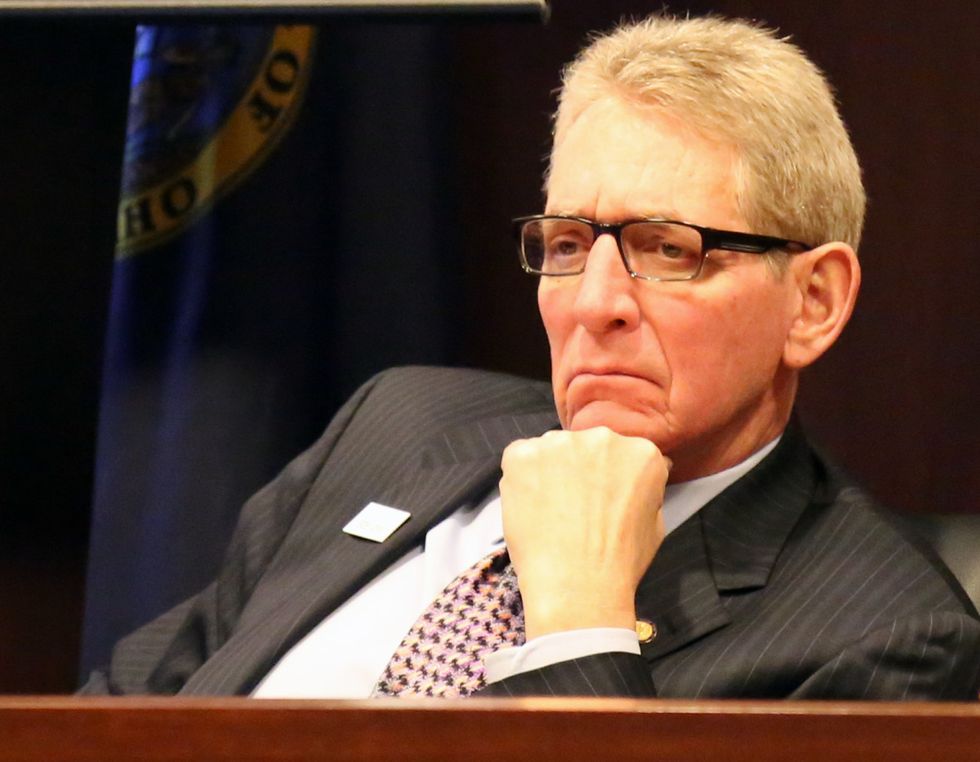 In a candidate forum held in Moscow, Idaho, this Monday, Bob Nonini, a Republican hoping to become the next Lieutenant Governor of the state expressed his belief that if Idaho were able to make abortion illegal, that those who have them should be executed.

“There should be no abortion and anyone who has an abortion should pay,” Nonini stated. When asked by the forum's hosts, the conservative Christian podcast CrossPolitic, if this "payment" would include the death penalty, he nodded in agreement. Then, in an interview with the Associated Press, Nonini confirmed that he did, indeed, hunger for the mass executions of women who have abortions.

He later released a statement explaining that his real goal was to just have the statute on the books, for the purpose of threatening women, and thereby reducing abortions.

“Prosecutions have always been focused on the abortionist,” said Bob Nonini in a statement. “There is no way a woman would go to jail let alone face the death penalty. The statute alone, the threat of prosecution, would dramatically reduce abortion. That is my goal.”

He also noted that he realized that even before Roe, women who had abortions were not prosecuted, because "compassion."

“I strongly support the overturning of Roe v. Wade,” Nonini said. “That would allow states like Idaho to re-criminalize abortion as a deterrent. However, it is my understanding that in the history of the United States, long before Roe was foisted upon this country; no woman has ever been prosecuted for undergoing abortion. That is for practical reasons, as well as for reasons of compassion.”

Should Nonini be elected, he'd have an ally already in office. State Sen. Dan Foreman of Moscow attempted to introduce legislation earlier this year that would charge both those who perform abortions and those who have them with first degree murder.

While all of this may seem horrible to us, the brightest conservative minds of America spent a good chunk of yesterday afternoon castigating those of us who do not consider Kevin Williamson's desire to hang 1/3 of all women in America to be a very normal "competing idea" well worth hearing out.

People who don't want to get murdered can be so closed minded sometimes!

Also, according to Ben Shapiro, it is the fault of those who don't want to get murdered that Trump is president now. You know, rather than the guy who helped create one of the primary breeding grounds of the alt-right movement.

This, according to Shapiro, means that very reasonable people, who maybe just want to hang 600,000 women or so a year, were pushed into the same category as actual Nazis who would, I suppose, like to hang even more people than that.

So, if we are to understand Ben Shapiro and Erick Erickson correctly, it is up to us to say "Hey, Kevin Williamson and Bob Nonini and Bob Foreman! It is very normal and good and fine that you would like to execute all the abortion havers!" Perhaps maybe offer them a sacrifice or two, Shirley Jackson's The Lottery style. Let them maybe strangle a few harlots with their own bare hands, or hang them or stone them, just to get it out of their very reasonable and mainstream and un-Ted-Bundy-like systems. Then, they'll all feel so good and normal and beloved, that they won't vote for Donald Trump in the next election. Is that how this is supposed to work?

I'm not sure! Apparently Erickson and Shapiro think that there is, somehow, a fate we fear worse than the mass hangings of people who have abortions? Something we consider less "deplorable"? That perhaps this is something we would accept in exchange for having Donald Trump as president?

It's not. This is not reasonable, this is not mainstream, this is not a "competing idea." This is no worse than anything Donald Trump wants to do. So no, we won't be opening up our Overton Window to accept this idea anytime soon -- whether it comes from a political commentator or a candidate for Idaho's Lieutenant Governor.