Idaho Had A Gubernatorial Primary Debate, And Magic Happened 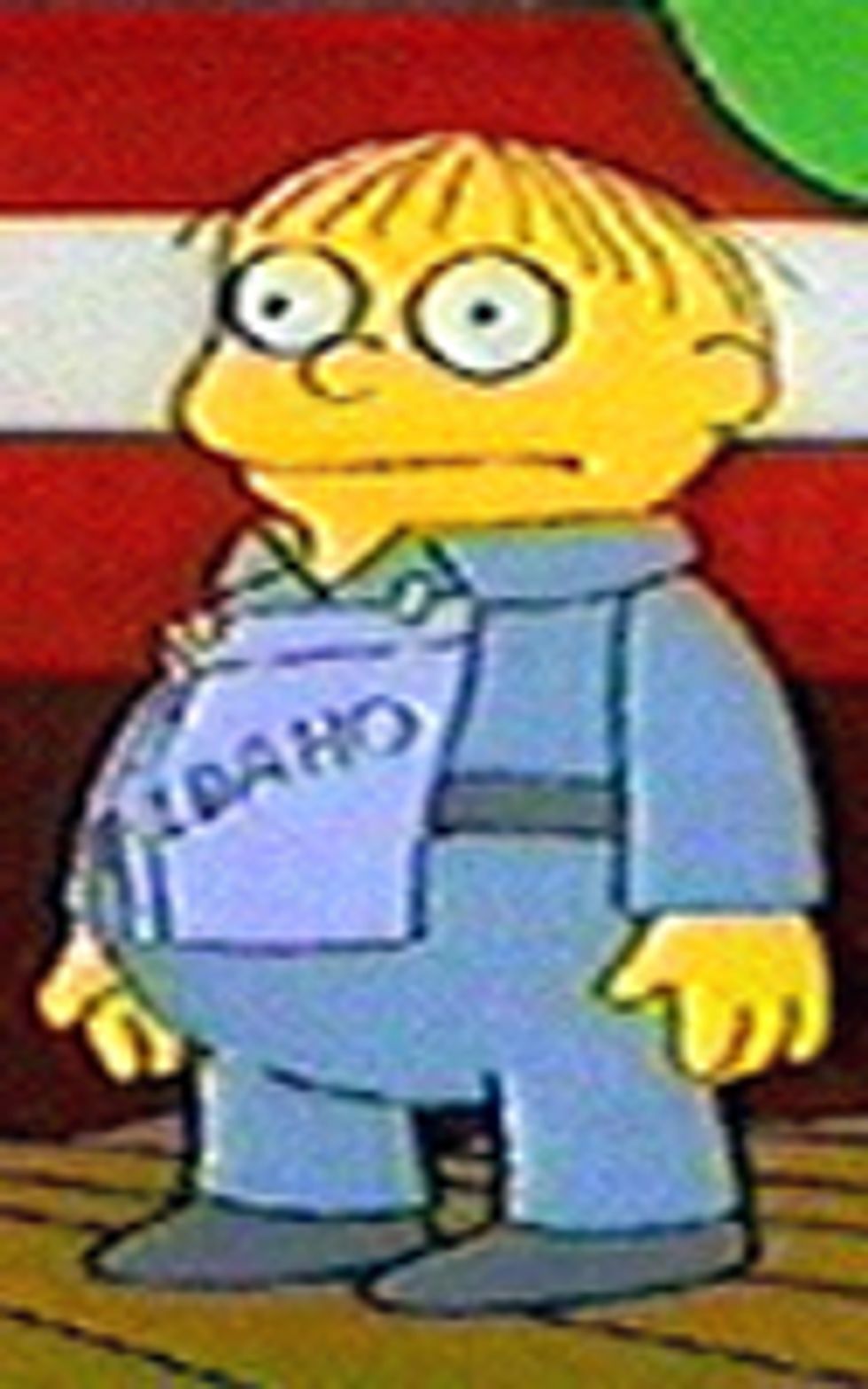 The Great State of Idaho holds its primary election next week, to decide which Republican candidates will beat some token Democrats in November. We have a true two-party system in this fine state: Conservative Republicans, and Insanely Conservative Republicans. And every four years, we get treated to the Republican debate, an event usually featuring a mainstream Republican, sometimes two, and any number of other candidates who somehow got enough signatures to get on the ballot. This time around, for the boring student council contingent, we had incumbent Gov. C.L. "Butch" Otter, who's running for his third term, and State Sen. Russ Fulcher, who's challenging from the right (and has the endorsement of tea party congresscritter Raul Labrador). Both of them are rightwing enough that in a normal setting, we might find something either said a little astonishing. But they actually seem like a couple of bland Rotarians in comparison to the two guys from Delta House: Perennial candidates Walt Bayes who likes the Bible a whole bunch (and once campaigned on a platform of separate bathrooms for straights and gays), and Harley Brown, a biker, former Navy Seabee, and all-around loony who is proud of his hilarious "Harleyisms," which include some hilarious ethnic jokes -- he doesn't believe in "political correctness," or any other kind, for that matter.

Missing from this year's debate were other longtime Idaho "characters" Rex Rammell, who made a funny joke once about buying hunting tags for Obama season, and Pro Life, a gentleman who used to be Marvin Richardson but changed his name to the only issue that matters. (Pro-Life is running this year, but as an independent).

Just how nuts was the debate? Watch the highlight reel above. In the first few minutes of the debate, Harley Brown reminded viewers, "Don't think I'm crazy, 'cause I'm not!" and Walt Bayes bragged that he'd been sent to jail for homeschooling his kids, but that they'd turned out OK: "I've got four sons that made rodeo cowboys, and one daughter." He didn't clarify whether she was a rodeo cowperson too, or if simply "daughter" was achievement enough. Bayes also warned America that we're scheduled for our Divine Comeuppance: "I'm telling you folks, when you murder 56 million babies, you're asking for our country to be demolished."

Brown also went all Libertarian on the issue of same-sex marriage, which is quite the hot topic in Idaho at the moment:

"Discrimination! Let me tell you about discrimination. In 1990 -- uh, belay that -- in 1964, the blacks got the Civil Rights Act passed. We bikers! Discrimination? We are cop magnets, like a Playboy Bunny wearing' a miniskirt gets hit on all the time! They pull us over without probable cause, and they bring up the sniffin' dogs and they search us and our bikes, even when we're not flyin' our colors. If you're a leather-clad Harley Davidson driver, you know, the cops are gonna zero in on you like a heat-seeking missile.

Okay. Discrimination. I used to drive taxis in Boise for 20 years. At night! And I've picked up my fair share of the gay community. And they have true love for one another. I'm tellin' you, they love each other more than I love my motorcycle. And you know, they're just as American as a Medal of Honor Winner. And, uh, liberty and justice for all! Equal protection under the law! I'm glad that judge made that decision, and I'm glad they wanna get married and live like that. I know I'm not really talkin' like a Republican, but…

Belay that! Spoken like a true Seabee! Uh, Liberty and justice! And then his time ran out, and Walt Bayes read us the riot act about how Sodom and Gomorrah got exactly what they deserved, and that's what God will do to Idaho too, probably.

We think maybe Otter and Fulcher may have said something about taxes and the oppressive hand of the federal government, too, but with a pair of Goofuses, we weren't really listening to the Gallants. Below, the full hour of crazy, for your enjoyment, if that's the word: