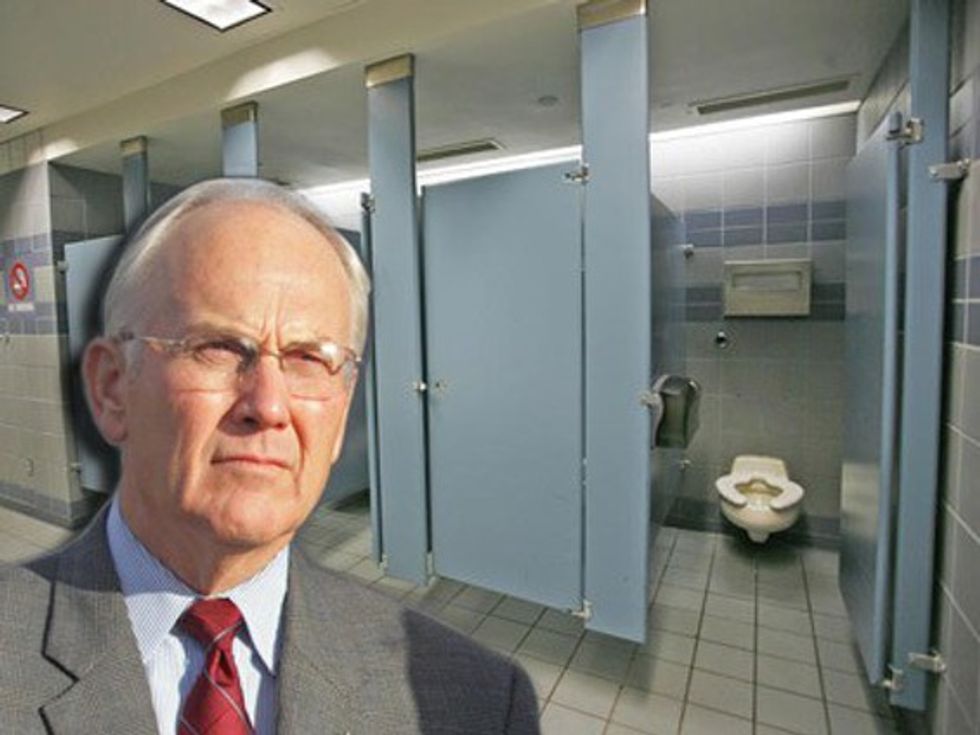 In an inspiring holiday story of forgiveness and redemption, the Idaho Republican Party has welcomed back former Sen. Larry Craig, installing him this week as "financial chair of its executive committee." It's heartening to know that even after Craig was arrested in 2007 and charged with soliciting sex in a bathroom stall in the Minneapolis-St. Paul airport, then ordered to pay the Treasury Department roughly $242,000 after using campaign funds to cover his legal defense, Idaho Republicans are still willing to give Sen. Widestance a second chance.

Before his arrest, Craig -- for those of you too young to remember (is anyone that young reading Wonkette?) -- was an infamous moral scold and opponent of gay rights whose greatest single achievement as a senator was calling Bill Clinton a "nasty, bad, naughty boy" on Meet the Press in 1999:

Then after his arrest, Craig was mostly known for being a self-righteous prick who loudly proclaimed his innocence, despite pleading guilty and losing every appeal.

Even so, in this season of caring and forgiveness, Wonkette congratulates the Idaho GOP on its forward-looking decision, and hopes that it will keep looking forward, and stop glancing over toward the side, which is kind of creeping us out.