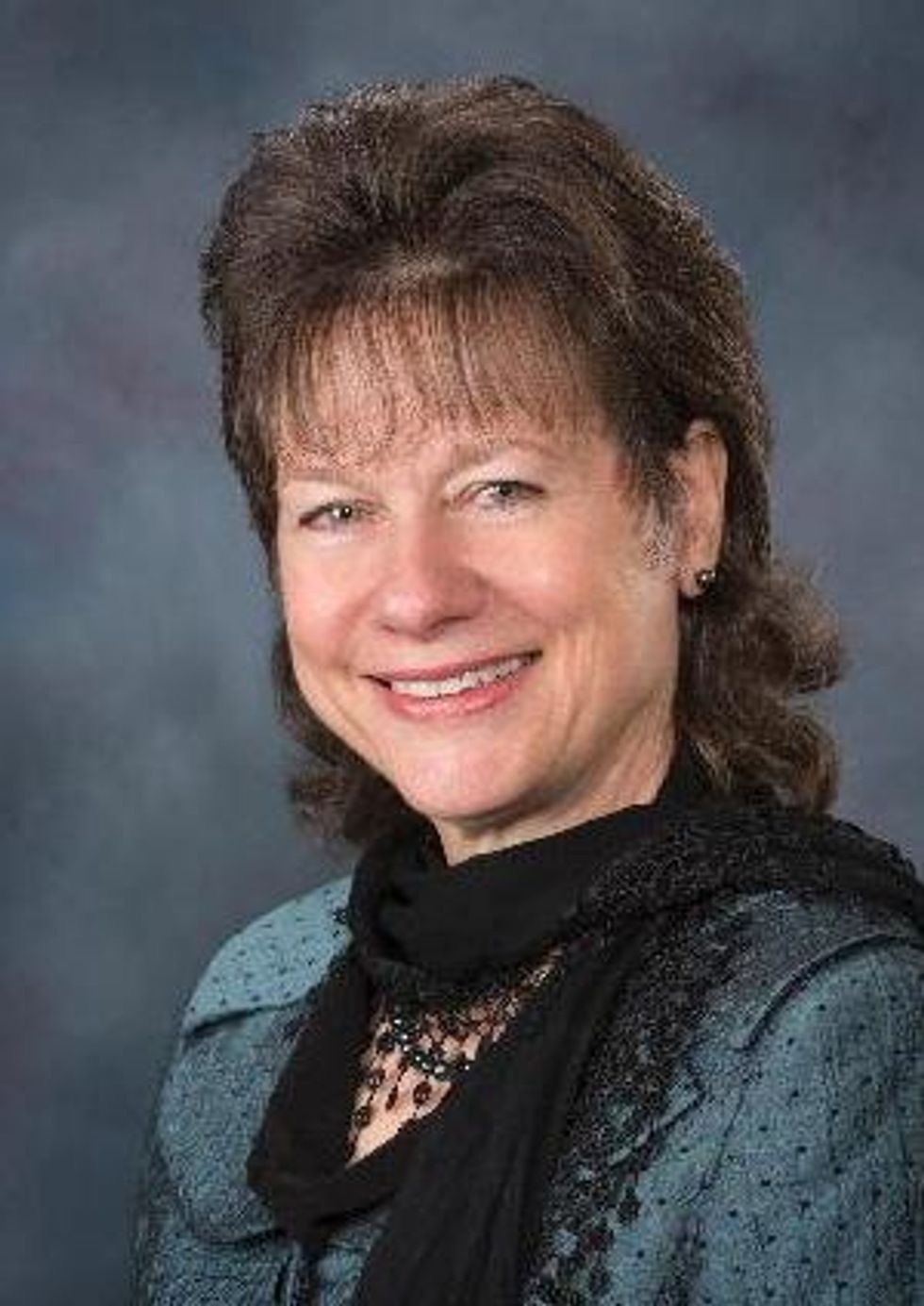 Bang the drum slowly, play the pipe lowly: a great Idaho political icon, batshit crazy Christian supremacist state Sen. Sheryl Nuxoll, lost her reelection bid in Idaho's Republican primary election Tuesday. It is unknown whether Nuxoll will now quietly fade away or will seek to spread her brand of intolerant religious paranoia on a grander scale.

Idaho State Senator Says Obamacare Just Like The Holocaust, Because Of Course It Is

Elected to the Idaho House in 2010 and then the state Senate in 2012, Nuxoll first gained national attention in 2013 when she explained how insurance companies' participation in Obamacare was exactly like the Holocaust:

See? Completely the same thing, and Nuxoll, as a good Republican who never feared to tell the truth as it existed in her head, refused to back down or apologize, insisting "There is no disrespect for any group or people with the analogy … I just want people to know the truth." And the truth, as she saw it, was that Hitler rounded up the Jews and forced them to have subsidized health care. Or maybe that Blue Cross should be given guns so it can fight back.

In 2014, Nuxoll backed a failed bill declaring Idaho had the authority to opt out of any EPA regulations the state didn't care for, because as everyone knows, states don't have to follow federal environmental regulations if they don't wanna. The bill was specifically aimed at deregulating "suction dredge mining," but Nuxoll, with her characteristic logic, tried to spin nullifying federal environmental law into a matter of Defending Our Vets:

Nuxoll made national news again in 2015 when she walked out of the Senate chamber rather than have to hear a Hindu clergyman give the day's invocation. She followed up that walkout by proclaiming Hinduism a "false faith with false gods.” Not surprisingly, she refused to apologize, telling the American Family Association's "news" site,

“I just feel like I can’t apologize for something I believe in,” she tells OneNewsNow. “I may not have been politically correct in my terminology, on one little sentence, but how can I apologize for what I believe in?”

After religious leaders from all over the region condemned her comments, Nuxoll was at least willing to clarify, though she still refused to apologize:

[Nuxoll] said she didn’t mean to say Hinduism was “false religion,” just that it’s based on “false gods.”

“I said it was a religion with false gods,” Nuxoll said. “I’m not going to give an apology.”

It's that kind of clear-eyed distinction that made her a hero to rightwing Christians everywhere. She also explained that she didn't have anything personal against the heathen Hindoo dervish or whatever the cleric thinks he is, but explained she couldn't be true to her oath of office if she let such abominations take place on the floor of the Senate:

Now there's a woman who knows how to defend what she thinks is in the Constitution.

Sure, Idaho, Child Support Bill Will Lead To Sharia Law. What? No, You're Not Crazy At All

Later that year, Nuxoll closed out the legislative session by leading Republicans in a last-minute refusal to authorize Idaho's child-support system, because she and others, panicked by the specter of creeping Sharia, feared the law would allow foreign courts to interfere with Idaho child support enforcement. The sudden collapse of the bill endangered almost $46 million in federal funding for programs that processed child support payments and tracked down deadbeat parents. Nuxoll somehow got it in her head that a provision in the law authorizing international recovery of child support might be used by Muslim countries to subject Idaho parents to Sharia law. Never mind that none of the countries that have signed onto that treaty actually have Sharia courts, it was still a very scary prospect. The legislature adjourned with no resolution, and had to be called back into special session, at not-inconsiderable expense, to finally approve the law. As of yet, no Idaho children have yet been kidnapped by ISIS in lieu of child support payments.

Ms. Nuxoll was also among several state Senators who attended a special briefing about “The True Face of Islam in Idaho,” which resulted in a panic about Muslim refugees being used as an invasion force to turn Idaho into part of the caliphate. That particular paranoid frenzy led pants-wetting Idaho militias to demonstrate against the specter of dozens of Syrian refugees possibly coming to the state and then doing Sharia all over the place.

Nuxoll closed out her legislative career -- though she didn't know it at the time -- with a 2016 bill to permit the Bible to be used in Idaho schools as an educational resource in all classes, including of course the study of "astronomy, biology, geology," and other sciences. Thank heaven she managed to get that sucker passed before it was too late, so children can learn what the book of Genesis has to say about the dinosaurs on Noah's Ark. Correction: Our Google-fu is bad: we looked up the bill number and thought it had been signed, but that was actually an unrelated 2014 bill with the same number. Nuxoll's Bible bill was vetoed. Wonkette regrets the error!

In very low-turnout voting Tuesday, Noxoll lost her primary to Carl Crabtree, a rancher from Grangeville who has served as president of the Idaho Cattle Association and the Idaho Beef Council. He touted his three decades of service as the Idaho County Weed Supervisor as proof of his ability to get diverse groups to work together, so there's that. We don't know much more about Crabtree, but from his background, it sounds like he'll be a reliably conservative pro-agriculture vote, and not nearly as entertaining as Sheryl Nuxoll. In the November general election, Crabtree will face Democrat Ken Meyers, a retired professor of veterinary medicine who promises he won't "waste legislators’ time and taxpayers’ money on inconsequential issues or issues already decided by the Supreme Court” -- obviously, Meyers was expecting to run against Nuxoll. Meyers also says he thinks climate change is real and Idaho's ag industry needs to prepare for it, so he's probably toast.

Pour out a forty of non-alcoholic beer, America. Idaho has lost one of its prime sources of political theater, and now we'll have to rely on the rest of the state legislature for our springtime spectaculars of crazy. We have a feeling they'll be up to the job.